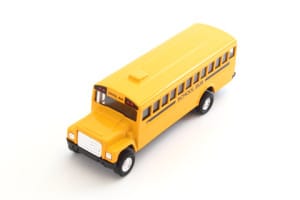 Substituting one wrong for what is perceived to be another wrong, makes little sense. Requiring New York City’s elite public high schools to use demographics as one standard with which to measure a student’s admissibility is wrong, even it furthers the goal of diversity. It has been pointed out by Mayor Bill de Blasio, the NAACP and others that the students who make up New York City’s nine select public schools do not reflect the demographics of the entire school system; thus they discriminate. It is true; the student populations in these special schools do not look like the demographics of the New York City public schools. But they are not discriminatory, at least not in the sense suggested.

The city of New York has nine selective public schools. It is mandated by state law that students at the three oldest schools – Stuyvesant High School, Bronx High School of Science and Brooklyn Tech – be admitted solely on how well they do on the Specialized High School Admissions Test (SHSAT). Five of the other schools require the exam, but also look at other criteria, such as grade point average and extra curricular activities. (The one specialized high school that does not require the exam is the Fiorello H. LaGuardia High School of Music & Art and Performing Arts.) The exam lasts two hours and 20 minutes and is administered to eighth and ninth grade students. From about 150,000 students in those two grades, between 25,000 and 30,000 take the test. In the fall of 2013, 5,096 were admitted to one of the specialized schools. Given that selective schools educate less than 2% of the student population, they do discriminate.

Stuyvesant High School, which is located on Chambers Street in Manhattan, began life in 1904 as a manual training school for boys. Today it is the most coveted of all the specialized high schools. Of the 3,292 students enrolled in 2013-2014, 73% were Asian, 22% Caucasian, 2% Hispanic and 1% African-American. In contrast, the ethnic make-up of the city’s 1.1 million public school students is: 40% Hispanic, 28% African-American, 20% Caucasian and 15% Asian. In all nine select high schools, only 12% of Hispanics and African-Americans were enrolled, despite representing 68% of all public school students. The schools do discriminate, but they do so based on intellectual ability, not on ethnicity or economic background.

If the purpose is to discover raw talent, regardless of race or creed and even knowing that some children are better at taking tests than others, is there a better way? All other determinants – class rankings, grades, extra curricular activities – lend themselves to subjective qualifications. Mayor de Blasio has oddly suggested that attendance be included as criteria. Despite calls for “fairness” and “equality,” the schools have been successful. That can be seen in the fact they have produced at least fourteen Nobel Prize winners. The Bronx High School of Science, as an example, has produced more than twice as many as any other high school in the United States.

Dumbing down elite schools, so they mimic the demographics of the city makes little sense. Creativity, technological advancement, exploration and experimentation have always depended on the few who have the ability, the drive and the aspiration to succeed. Those qualities will be in even greater demand as the world shrinks. Lowering admission standards, once begun, is virtually impossible to reverse.

The Mayor and those who support him, like Richard Kahlenberg of the Century Foundation who wrote an op-ed on the subject in Monday’s New York Times, would be better off to spend their time focusing on the problems confronting the other 396 public high schools in New York City. Instead of kowtowing to teacher’s union demands, politicians should be concerned with the education of a million public school students who are not so fortunate to qualify for a seat in an elite school. A successful democratic society is dependent on an educated electorate. It is knowledge, not some means of contrived equality that helps individuals and society to thrive.

Apathy on the part of parents, self-serving demands on the part of teacher’s unions and political correctness on the part of politicians, school boards and the media are the enemies of our children. Problems with public schools are not limited to New York City. In my part of eastern Connecticut, the Superintendent of Public Schools in New London was recently fired. Dr. Nicholas Fischer had imposed a minimum 2.0 GPA to play sports or participate in extracurricular activities. He implemented a comprehensive teacher evaluation system. During his five-year tenure, the number of economically disadvantaged New London High School students attending college tripled. The high school was awarded a bronze medal by U.S. News and World Report. Seventy percent of New London’s elementary and middle school students showed progress in reaching or exceeding state standards. Dr. Fischer placed the school system on a path to become the state’s only magnet-school system. The improvements he implemented came despite a 10% increase in students, and, most remarkably, with budgets that had remained frozen for most of his tenure. His problem: He considered the school board to be dysfunctional and he upset the unions.

Of all the resources our cities, states and our nation have, the one we should not waste is the intellectual abilities of our talented young. While standardized tests may have faults, designed appropriately they are blind to race or creed. Their sole purpose is to seek out the exceptional and gifted child and to give that child a step up. Most of the children attending New York City’s specialized public high schools have financial needs. (Like most big cities, the children of New York’s moneyed elite attend private schools.)

Fairness and equality have their place in civilized society and before our laws. As Americans, we are protected equally under the law. But we are by no means equal when it comes to genetics, dedication or aspiration.  If we want the very gifted to rise, elite schools must remain elite, segregated by intellectual capability but integrated in the sense that acceptance is color blind. To artificially design a system that lets into these schools children less talented, but who bring with them a more diverse demographic, is to deny acceptance to others more gifted who would be left behind because of space constraints. Eleanor Roosevelt once wrote, “The future belongs to those who believe in the beauty of their dreams.” Even now, not all who are deserving can be accepted. Should we deny even more who have the talents to realize their dreams?

Nelson Mandela wrote: “Education is the most powerful weapon which you can use to change the world.” Let elite schools remain elite, even if they are not diversified according to the dictates of those who would have us all become Eloi, but let us work on improving the schools for the other 98% – the needs of  the students should always precede the demands of the unions. That should be the focus of Mayor de Blasio and his cohorts.

The views expressed on AustrianCenter.com are not necessarily those of the Austrian Economics Center.
hayek_admin2019-01-14T06:16:36+01:00