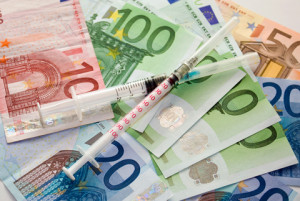 Politicians are often at their most revealing when they respond to an unexpected question. At a public meeting in Cheshire the other day, Britain’s Prime Minister David Cameron was asked about interest rates by a woman who was anxious about her mortgage. “It would be lovely to say can we have low interest rates forever,” he replied, before explaining that it shouldn’t be up to him, as a politician, to set interest rates.

It can be a temptation, at such meetings, to incline towards your questioner. But it’s worth pointing out that the woman who asked the question is, on this issue, in the minority. The financial newspaper in London, City AM, occasionally asks voters whether they think borrowing costs should rise or fall. Supporters of higher interest rates solidly outnumber opponents by two-to-one.

Yet, mystifyingly, almost every politician in the Western world now insists that cheap money should be a key goal of public policy. Low interest rates are seen as inherently virtuous, like low unemployment or low taxes or low borrowing.

Why? Why have politicians and economists reached a consensus that the best way to run a modern economy is to reward debt and punish thrift? It’s not just that they have public opinion against them – savers almost always outnumber borrowers – it’s that they’re also defying almost every classical philosopher and, for what it’s worth, every major monotheistic religion.

“Credit is the fuel of a modern economy,” we’re told. Sure, but that doesn’t mean governments should control it, any more than they should control the manufacture of cars or the operations of airlines.

What, after all, caused the crash six years ago? Mainly the fact that interest rates had been kept too low for too long, creating an artificial boom and encouraging bad investments. Yet, when the crash came, politicians and central bankers the world over demanded more of the medicine that had sickened the patient in the first place, cutting rates to historic lows. Result? The Eurozone is now on the brink of its third recession in six years.

The hectoring attitude of politicians and newspapers, in Britain and in Europe, was almost enough to make you feel sorry for bankers. One moment banks were being screamed at for having lent money too indiscriminately; the next, they were being ordered to be even less discriminating.

Paradoxically, cheaper credit didn’t make it any easier for businessmen in my constituency to get a loan. Or maybe not so paradoxically. Suppose the government stepped in and lowered the price of jam by law. After an immediate glut, production would fall. It would be less worthwhile making jam if you were not allowed to sell it for a fair price. Might something similar have happened with credit?

When David Cameron says that he, as a politician, shouldn’t set rates, he’s right. But, by the same logic, neither should the UK’s Monetary Policy Committee, whose inflation forecasts have been so unremittingly wonky that it’s hard to imagine its members prospering in the private sector. Just as the state eventually stopped trying to build cars and run airlines, so perhaps it should consider getting out of the interest rate business altogether, and trusting the market.

My guess is that, without constant political manipulation – by which I mean money-printing as well as base-rate-setting – borrowing would become more expensive, and saving more rewarding. Would this be such a bad thing?

The cerebral Conservative MP and Telegraph leader-writer, Sir Jock Bruce-Gardyne, eventually boiled his entire economic philosophy down into one aphorism: “There is almost no economic problem that can’t be solved by a stiff rise in interest rates”.

The events of recent years have rather vindicated him, wouldn’t you say?

The views expressed on AustrianCenter.com are not necessarily those of the Austrian Economics Center.
hayek_admin2019-01-14T06:09:35+01:00