Ethics in the Age of Obama 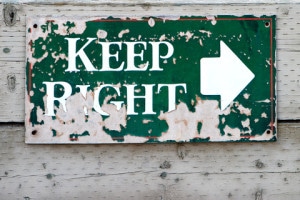 Pundits in mainstream media and politicians everywhere deplore the lack of ethics in banking, business and sports. They are right to think so. Corruption, cronyism and lobbying for special tax breaks and regulation, designed to limit competition, are not habits or characteristics that should be abetted, or even abided. The financial collapse in 2007-2008, like a receding tide, revealed the debris of fraud that had become all too common in the banking industry. Domestic violence has no place in sports or anywhere else; it should be unacceptable in any civilized society.

Unethical behavior has become commonplace from Hollywood to our schools. Moral relativism has substituted for the values instilled from our Christian-Judea heritage. Political correctness prevents such behavior from being condemned by most politicians and many in the media.

But it is in politics where the ethically-challenged nature of our society is most visible. Media and political “do-gooders,” always afraid of offending the intolerant, have remained silent when it has come to the practices of the ethically-challenged Obama Administration. Three flagrant examples are symptomatic: The “fast and furious” gun-running travesty early in Mr. Obama’s first Administration, which has not gone away (a judge’s recent decision may explain Attorney General Eric Holder’s sudden resignation); Benghazi, which has been a surfeit of lies and dissembling comments for over two years, from Secretary of State Clinton and President Obama to the sycophants who work for them; and the IRS scandal, which ranks among the most dastardly acts of any administration, as that federal bureaucracy, with the greatest access to our most sensitive information, became a tool for political gain.

Ethics are the moral principles that govern our behavior, as individuals and, collectively. They teach us an understanding of essential truths, to differentiate right from wrong. They are seen in the Golden Rule, the principles embedded in the 10 Commandments, in acts of kindness and in phrases like “thank you” and “excuse me.” If they seem old fashioned, it is because they are. Times and conditions change, but universal truths do not, and neither does honor nor displays of respect.

Ethical behavior should be automatic. It should be instinctive, ingrained in our character, taught by our parents and in schools, from our earliest years. It is more behavioral than intellectual. Unlike Ovid’s Medea, when we see the “right way,” we should follow it. Can it be taught in business schools? Should legislators be required to take remedial courses in ethical behavior? Perhaps, but I suspect the damage would already have been done. Business schools are basically trade schools, with an emphasis on marketing, investing and accounting. Students should already be grounded in the mechanics of ethical behavior. Legislators, I fear, would politicize any course – discussing their preferred definition of words such as “inequality,” rather than attempting to fathom moral truths.

Can ethics be legislated? Perhaps. Florida’s law that prevents elected officials from accepting campaign contributions during regular and special sessions makes sense. Gifts to public servants should not be allowed. But is it possible to create a law that forces a legislator or executive to work for “good” government, rather than re-election? I doubt it. Social forces, as we know, tend to weigh against personal integrity. If the fiber of the elected official is not moral when he or she assumes office, no such rule will change that person’s character.

Many have taken hold of the word “ethics” and twisted it for their own purpose. Corporate inversions are an example. President Obama has termed the use of inversions as being unpatriotic and unethical. Really? There is nothing unethical or unpatriotic about a business serving its constituents to the best of its ability, while operating within the law. The constituency of a business is comprised of five parts – employees, owners, customers, lenders and community. Success implies that all five components will be served. Good employees will be promoted and new ones will be hired. Owners will benefit through dividends. Customers will be satisfied with products and services that are competitive with alternatives. Lenders will have their loans repaid with interest. And the community will benefit from the multiplier effect of employees’ spending, and taxes paid both by the business and the employees. But, in order for all constituencies to do well, the business must be run efficiently, productively and profitably, and that includes paying no more taxes than are required.

It is government’s moral responsibility to operate within their financial means, setting tax rates to cover expenses, while allowing the economy to be as productive as possible. When governments run deficits they act unethically; for they debase the currency, placing an unstated but unavoidable tax on their citizens.

The decline in our ethical behavior has been coincidental with a decline in patriotism. Yale professor emeritus Donald Kagan wrote a piece in the weekend’s edition of the Wall Street Journal. In the article he argued that democracy requires education to incorporate a sense of patriotism with an understanding of the classical philosophies that guided our founders. He suggested we be grounded in civics and morals. By patriotism, he did not mean chauvinism, but the love and support of the country. When he speaks of pride in our nation’s heritage, he does not mean hubris, but the knowledge that our unity is based on a diverse population, where free people keep their own traditions and religions, but function under the rule of law, and with the rights granted by our Constitution. Morality leads to wisdom, and wisdom leads to good judgments.

When government makes a mistake, like sending guns into Mexico, and does not admit their error, it reflects poor judgment. When we fail to own up to wrongs that were done in Benghazi that caused the death of four men, it diminishes us as a people. When we allow our elected leaders to use the IRS for political gain, it says we have lost our moral way. When euphemisms are employed to hide uncomfortable truths, we act immorally. Is it ethical for past Presidents to use their previous office to garner personal wealth? Harry Truman didn’t think so. When we become complicit in denying misconduct, it means we, too, have lost our moral sense.

The views expressed on AustrianCenter.com are not necessarily those of the Austrian Economics Center.
hayek_admin2019-01-14T06:13:15+01:00