EU-Ukraine DCFTA: What to Expect? 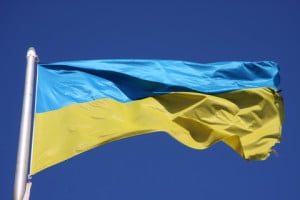 On June 27, 2014, Petro Poroshenko, newly elected President of Ukraine, will sign the economic part of the Association Agreement with the EU, political part of which was signed in March 2014. Same day Georgia and Moldova will also sign the Association Agreements with the EU. Thus, three out of six countries of the Eastern Partnership (EaP) and the EU will take mutual commitments to expand and deepen their political cooperation and economic integration.

In economic terms, the Association Agreements are free trade agreements (FTA) envisaging bilateral trade liberalization, approximation of trade-related and sectorial legislation to the EU acquis and – as expected – boosting investments and economic development to the EaP countries. The implementation of the Agreements will create new opportunities and challenges for business, households and the state. Here we will focus on the implications of the DCFTA for Ukraine.

For business, there are several levels of impact. The first level is the elimination or significant reduction of import duties expected to bring quick and clear economic gains. According to the estimates of the Institute for Economic Research and Policy Consulting (IER, Kyiv), the mutual elimination of import duties by Ukraine and the EU would result in 4.6% increase in welfare in long-term.1

Asymmetry embedded in the Agreement and facilitated by the EU decision to provide autonomous trade preferences for Ukraine creates positive stimulus for the Ukrainian business to export more to the EU. In end of April 2014, autonomous trade preferences replicating the EU commitments regarding the first year of the DCFTA implementation were launched for half-year period or until the DCFTA enactment (whatever comes first). Preliminary information about business behavior suggests that the preferences might indeed stimulate industrial production and exports. Definitely, business that currently exports to the EU – and more than a quarter of the Ukrainian merchandize exports was sold in the EU in 2013 – will become the first beneficiaries. But other businesses are expected to follow.

The second level of impact is more important, more challenging and more promising at the same time. We talk about legislative approximation. According to Kataryna Wolczuk,2 under the DCFTA Ukraine is to approximate 80-90% of the EU trade acquis. It is definitely a challenging task, especially in the areas of food safety and environment.

At the same time, this challenge should not be exaggerated. Ukraine has been gradually approximating its trade legislation to the EU norms and practices for at least a decade, and the process has been speeded up after the country joined the WTO in 2008. For instance, the Minister of the Agrarian Policy reported that by November 2013 Ukraine has already embedded in its legislation over two thirds of the EU standards for agriculture and 40% for food industry.3

Harmonization of the EU legislation is expected to bring benefits not only in terms of access to the EU market, but also in terms of access to the markets of the third countries and improved business and investment climate in Ukraine. Regulatory changes in the sphere of public procurement and state aid are aimed to improve efficiency of public finances, thereby creating positive spillovers for all economic agents. According to the IER estimates,4 reduction of administrative barriers on the border by moderate 2.5% could double or triple welfare gains of the FTA.

For households, the Association Agreement is expected to bring higher incomes and welfare, higher variety of goods and services to choose from, safer food, and cleaner environment. At the same time, income gains will not be distributed equally. Skilled households will gain more compared to unskilled, and urban households will gain more than rural. Poor households relying on social payments as major source of income are expected to gains the least. Also, it is estimated that the economic transformation associated with the implementation of the DCFTA will result in reallocation of labor, especially unskilled.5 Support in job search and re-training could become important task for the state for the first years of the DCFTA implementation.

Finally, for the state the implementation of the Association Agreement means a lot of work as over 300 directives and regulations of the EU are to be embedded into the Ukrainian legislation and efficiently implemented. It is expected that the state will be supported in its efforts by the EU through financial and technical aid. The gains of the state will include higher revenues and more efficient expenditures.

Summing up, the DCFTA as integral part of the Association Agreement is expected to bring important long-terms gains for Ukraine’s business, households and the state. Definitely, there will be challenges associated primarily with legislative harmonization, but also with increased competition and turbulences on the labor market. In addition, we could expect further disruptions in trade with Russia. However, I see the main challenge not in that, but in over-expectation. All mentioned above are real issues, and they could be treated accordingly. Over-expectations may lead to disappointment, with which it is much harder to fight. So, let’s be realistic and make things better than expected, not vice versa.

The views expressed on AustrianCenter.com are not necessarily those of the Austrian Economics Center.
hayek_admin2019-01-14T06:16:44+01:00