Euro election could be acid test for Italian politics 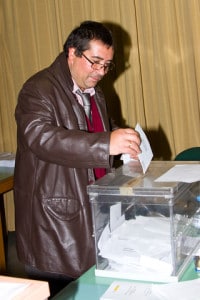 Most Italians have no expectations of the European Parliament. But despite their indifference towards European politics and institutions, Italian politicians seem to recognise the possibility that EU election results could be interpreted as a referendum on the government and political situation. They could also be seen as a strong indication of the likely outcome of national elections, if these were called.

The overall political picture in Italy is disappointing to those who thought that Prime Minister Matteo Renzi would introduce decisive structural reforms. He certainly showed great skill when he silenced the old guard of his Democratic Party (PD) and later, when he ousted his party colleague Enrico Letta and replaced him as Prime Minister in February 2014.

Since then, however, his score has been rather modest.

The quality of his government team is far from stellar. Personal loyalty has prevailed over merit in government and in appointments to state-controlled companies.

The electoral reform he had drafted with former political arch-enemy Silvio Berlusconi has been watered down and is currently lost in the labyrinth of the Italian Parliament. Reform of the judicial system has been virtually forgotten. Public spending has hardly been dented, except for some marginal populist measures.

Mr Renzi’s promise to reduce taxes has turned out to be a double deception: the cut in personal income tax for low middle-income families – a tax discount amounting to less than 600 euros per taxpayer in 2014 – has been over-compensated by heavier taxes on the entire population. The overall taxation of the people is actually increasing.

And this list of half failures could continue as signs emerge of Mr Renzi’s political weakness.

The ace card up Mr Renzi’s sleeve is that he has no rivals. Mr Berlusconi’s party, Forza Italia, is in disarray with below 20 per cent support, according to the latest polls, while Beppe Grillo’s anti-politics Five Star Movement still has no credibility as a ruling party.

The general sentiment is that the public’s infatuation with Mr Renzi is about to evaporate. He must call national parliamentary elections as soon as possible if the PD wants to have a solid majority in parliament.

The big question, however, is whether it is already too late. This is why the European elections may be a test of some consequence, and why they could play a decisive role in shaping the next scenarios in Italian politics.

The best outcome for Mr Renzi would be a PD victory of about 35 per cent of the vote, with at least another six per cent going to his current centre-right ally, Angelino Alfano, former deputy Prime Minister and Interior Minister in Mr Letta’s government. Ideally, Beppe Grillo’s Five Star Movement would also stay close to 20 per cent and Silvio Berlusconi’s Forza Italia would achieve no more than 20 per cent – and less than 30 per cent – including the Northern League and other minor right-wing parties.

Mr Renzi could then feel sufficiently confident to opt for speedy new elections. He could put significant electoral reform on hold and blame his opponents for the lack of results.

This scenario, however, is unlikely to materialise. Mr Renzi’s party is more likely to score about 30 per cent of the votes, backing for Beppe Grillo may go beyond 25 per cent and Angelino Alfano could switch sides again back to Silvio Berlusconi, for whom he was heir-apparent.

New elections, under these more plausible circumstances, could be equivalent to political suicide for the PD.

Mr Renzi may decide to wait rather than risk calling elections. But this could also be risky if he is seen as an ambitious politician specialising in populist promises which he can only partially deliver.

We believe the European election result is likely to be stalemate.

It is possible that it could open a new season for Italian politics if Beppe Grillo’s Five Star Movement attracted 25 per cent or more of the electorate – and if abstentions were around 50 per cent. This would mean that at least 60 per cent of Italians are fed up with ‘politics as usual’.

So, who are the disenchanted 60 per cent? They are the Italian middle class hit by tax rises.

They also represent a rich hunting ground for new political leaders. But it seems that leadership and vision is what the Italian politicians lack most.

The views expressed on AustrianCenter.com are not necessarily those of the Austrian Economics Center.
hayek_admin2014-05-20T10:58:53+02:00