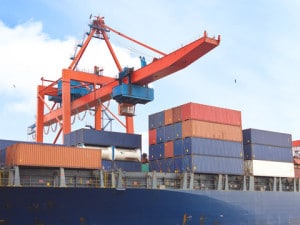 The debate over the Export-Import Bank is one about political fluidity, cronyism, and the conflicting needs between big and small businesses. It is also a debate over very small potatoes. Last year, the Ex-Im Bank authorized $27.3 billion in direct loans, loan guarantees and credit insurance. In contrast, total American exports were $2.3 trillion, suggesting the hullabaloo regarding the bank is about just over one percent of all exports. Whether it stays or goes will have little effect on employment or the economy, despite dire predictions to the contrary from both fans and foes. From a practical perspective – is this how Congress should spend its time?

Certainly there are arguments against reauthorization. Whenever and wherever business and federally-funded financing opportunities present themselves, cronyism will be found lurking in plain sight. In 2012, 76% of all loans went to ten large companies, like GE, Caterpillar, Bechtel and Boeing, with the latter taking the lion’s share. All of these companies have hundreds of lobbyists wining and dining their favorite members of Congress. Boeing sells planes to foreign airlines, many of which are state owned. Thus, one could argue that the American taxpayer is supporting foreign governments, along with big business. In terms of governments, think China and the United Arab Emirates. The Ex-Im Bank helps foreign airlines that purchase Boeing planes, which is the reason Delta Airlines has been one of the strongest advocates for deep-sixing the Bank. On the other hand, when Delta purchases an Airbus 320 they are being helped by the ECB, at the expense of Air France and BOAC. There is also a question regarding the accuracy of the bank’s statements. Supporters cite the $1.1 billion that the bank returned to the Treasury last year. Detractors argue that the bank’s statements do not accurately reflect capital adequacy and usual accounting standards, possibly placing taxpayers at risk.

Questions come to mind: Why do seventy-six percent of all loans go to only ten large companies? Why should companies like GE that have reduced domestic employment be provided low interest loans? Why should the bank support foreign competitors? Why should American taxpayers provide cheap financing to foreign governments?

Arguments favoring support of reauthorization center around jobs in the export sector part of the economy. However, since the Ex-Im Bank only finances a small percentage of total exports, it is difficult to make that do-or-die point. But with the labor force participation rate almost three percentage points below where it was six years ago, Mr. Obama does not want to provide the opposition an opening, even when it means he is supporting big business. Another reason – not necessarily a good one – is, to borrow a line from Ms. Clinton, ‘What difference does it make?’ As mentioned above, the Bank supports a tiny amount of all exports. It costs taxpayers very little, if anything. If it saves just a few jobs, isn’t it worth it? A final argument put forth by the Bank’s friends is that everyone else does it – meaning that all other countries (or most) have similar banks. If foreign exporters get help from their governments, why shouldn’t ours, they ask. That type of rationale becomes circular, though, and can lead to trade wars. The argument is not dissimilar to a child’s demand of his or her mother. Johnny’s got ice cream, why can’t I?
by Sydney Williams

Keep in mind, the Ex-Im Bank represents a residue of American mercantilism – of state supported capitalist activity. Free-marketers – in which group I include myself – find anything (especially governments) that interferes with the free flow of goods and services ultimately damaging to the economy and, therefore, to the welfare of the people. On the other hand, I recognize that, with government (federal, state and local) accounting for over 40% of our GDP, separating the two is easier said than done. Like it or not (and I don’t particularly like it, but recognize its inevitability), government and business are intertwined. Such relationships naturally lead to charges of cronyism, many of them with reason. So those relationships, including business and the Ex-Im Bank, are situations of which we (the people and the media) should be cognizant. Where corruption can exist, it usually does.

There is no question that political grandstanding has raised the issue of reauthorization to levels it doesn’t deserve. It has also made for odd bedfellows. In 2008, in campaign mode, Barack Obama referred to the Ex-Im bank as “little more than a fund for corporate welfare.” Now, as President, he is urging its reauthorization. Amazingly, and providing a light touch, we now have Maxine Waters and Rick Perry lined up on the same side – supporting reauthorization, while many populists on both sides want to shut it down.

Renewal of the Bank’s charter must be approved by the end of September. The debate reflects the mobile dynamics among Republicans and Democrats – supporters have become adversaries, and vice versa. The debate pits big business against small business, and service industries (like airlines) against manufacturers. It speaks to the growing concern over cronyism – an evil condition integral to a capitalist and democratic society, but one that has become more rapacious in recent times. The bank has been around for eighty years. According to its charter, “not less than 20% of its loan authority will be to small businesses.” That may be still true, but with 76% of its funding going to ten large American enterprises, it seems doubtful. Though the Bank is relatively small and only employs 400 people, that is no excuse for keeping alive an agency that no longer serves a valid purpose and, conceivably, might pose risk to taxpayers.

The Bank, created in early 1934 by executive order, was made an independent agency in the Executive branch by Congress in 1945. Its purpose was to allow low-cost financing to make it easier and more competitive for U.S. producers to sell goods overseas. The idea was that in doing so, U.S. employment would benefit. It would also allow American exporters to compete against foreign manufacturers who had similar banks aiding their exports – leveling the playing field.

I am in favor of doing whatever we can to increase employment, but I am not in favor of providing cheap money to businesses that have little need for it and who appear to violate the intent of the Ex-Im Bank’s charter. And I am suspect of the role cronyism plays in the providing of low interest loans. But, while I am not a fan of the Export-Import Bank and feel it has outlived its usefulness, Arguing for its destruction is not a good cause for conservatives. Voters prefer those who are positive over those who are negative. Conservatives would be better off reforming the Bank, allowing it to better serve small businesses, helping employment, and ridding all elements of corruption.

The views expressed on AustrianCenter.com are not necessarily those of the Austrian Economics Center.
hayek_admin2019-01-14T06:16:12+01:00