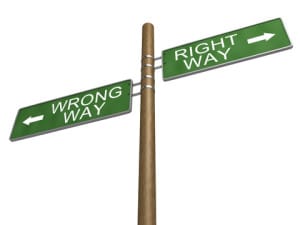 For more than a decade, now, Federal Reserve policy has been guided by the fear of one economic bogyman: the presumed danger of “price deflation.” The fear is unfounded and the inflationary “solution” only leads to disaster.

During Alan Greenspan’s and Ben Bernanke’s watches at the helm of America’s central bank and now under Janet Yellen, the claim has been that the U. S. needs enough price inflation to ward off the danger of falling prices.

Indeed, it was the concern around 2003 that America might experience a period of generally falling prices that led team Greenspan-Bernanke to undertake an episode of monetary expansion and low interest-rate manipulation for a five-year period that generated the housing, investment, and consumer debt bubbles that finally burst in 2008-2009. The result was the “great recession” from which the U.S. economy has still not fully recovered.

Bernanke, in particular, argued that general economic stability required the Federal Reserve to follow a monetary policy of “inflation targeting.” Both he and Yellen have argued that the desired price inflation target that should guide the central bank is an approximate two percent annual rise in prices, as measured and computed by various government agencies in the form of statistical price indexes.

What has been downplayed in this case for a monetary policy of perpetual price inflation is that it means continual erosion in the buying power of every dollar in an American’s pocket.

Indeed, with a Fed-instituted policy of two percent annual price inflation, in about twenty years what you could purchase in the marketplace today for $100 would cost you around $150. In other words, in around two decades the dollar will have lost half of its value over goods and services, just with an annual rate of price inflation of a “mere” two percent.

One of the key consequences of such a monetary policy would be that Americans would lose part of the economic gain that could be theirs due to general economic improvements over time.

There is no reason to fear price deflation when prices in general are falling due to technological innovations and cost-efficiencies that enable more goods to be produced and then sold at lower prices. Indeed, standards of living go up when people can now buy more at lower prices, even if their money incomes are staying the same.

The post-Civil War period in American history is a very good historical example of this. The decades between 1865 and 1900 were the years of America’s industrial revolution. Before this time, America had an economy of primarily light industry and farming. By the beginning of the 20th century, however, the United States had surpassed all of the European nations in manufacturing, including Great Britain and Imperial Germany, the industrial giants of the time.

Mass immigration from Europe, huge capital investments, and technological improvements provided the means for America’s growth and rising standards of living that soon became the envy of the rest of the world.

During the years after 1865 prices in general slowly fell from their Civil War highs. A Consumer Price Index that stood at 100 in 1865 had declined to 57 by 1900, or a 43 percent decrease in prices over a 35 year period. On average prices went down around 1.2 percent each year over three and a half decades.

At the same time, indices of money wages in agricultural and manufacturing employment both rose during this period as labor was becoming more productive due to capital investments, even with a rising population resulting from millions of immigrants joining the American work force.

An index of money wages in agriculture rose by almost 40 percent between 1866 and 1900, while money wages in manufacturing went up 20 percent during this period. Thus, on average, money wages in general increased by about 30 percent for workers as a whole.

In combination with the productivity gains and the capital investments that resulted in the 43 percent decrease in the general consumer price level, this meant that in the last 35 years of the19th century the real standard of living of the American people increased byalmost 75 percent as measured by the positive change in the average American’s buying power in the market place.

There is no reason, therefore, for America’s central bank to burden the people of the United States with a planned “target” of a positive rate of price inflation. Milton Friedman insightfully pointed out after studying the American economy in the late 19th century: “Economic growth was entirely consistent with falling prices.” Prosperity and price deflation easily can go hand-in-hand.

It is not like the Federal Reserve has not played these monetary manipulation games before to “target” prices in general, with resulting economy-wide disaster for the United States. The American central bank’s greatest experiment with a version of this type of monetary policy was in the 1920s.

In the years before and after the First World War, one of America’s most famous economists of the time, Yale University professor Irving Fisher, argued that both price inflation and price deflation were destabilizing for the economic system. Thus, he argued, the desirable policy was for price level stability – neither rising prices nor falling prices.

The Federal Reserve informally adopted Irving Fisher’s policy goal as its own beginning in the early 1920s. For most of the following decade the central bank increased or decreased the quantity of money in the American economy in an attempt to maintain a “stable” price level within a relatively narrow band.

The decade of the 1920s, however, was a period of technological improvements, productivity gains, and rising output of more and better goods of all kinds. If not for the Federal Reserve’s price level stabilization policy, it is fairly clear that prices in the U.S. economy would have gently fallen year-after-year as one type of good after another was offered in improved qualities and greater amounts at lower prices reflecting the decreased costs of producing the increased supplies.

Why did the Federal Reserve’s monetary policy of price level stabilization in the 1920s result in the Great Depression of the early 1930s? This was explained at the time by several of the Austrian School economists, especially Ludwig von Mises and F. A. Hayek.

The mechanism through which the Federal Reserve was (and is) able to manipulate the amount of money in the economy is by increasing the supply of loanable funds available in the banking system. The Fed purchases U.S. government securities and creates new money “out of thin air” to pay for them.

Banks, into whose accounts the new money now finds its way, have greater sums to lend to potential borrowers. To attract more willing borrowers, the banks in possession of these “excess” lendable reserves, lower the rates of interest at which they are willing to extend loans.

The new money passes into the hands of borrowers who usually (though not exclusively) wish to use other people’s savings for investment purposes to expand plant and equipment, or start up new time-consuming capital projects that they hope will offer profits in the future when the investments are completed and new, better and more finished consumer goods will be available for sale on the market to the buying public.

The problem is that many of these investment and capital projects are eventually shown to have been in excess of the actual amount of savings in the economy that income earners have set aside to provide the real resources, including labor services, to successfully bring them to sustainable completion.

In other words, central bank monetary policy brings about a mismatch between real savings and investment in the economy by falsifying the market’s interest rate signals that normally serve to keep investment projects and their time horizons in step with the amount of scarce, saved resources not being used for consumption and more short-term purposes.

Thus in the 1920s, beneath the apparent calm of a relatively stable price level, Federal Reserve monetary and interest rate policies were creating a artificial structure of relative price and profit relationships that induced an amount and a time-structure of investments that were in excess of actual savings to sustain them in the long run. Hence, price level stabilization generated economy-wide instability.

Or as Austrian economist, F. A. Hayek, argued at the time of the Great Depression, in 1932:

“Instead of prices being allowed to fall slowly, to the full