Fed Liquidity and the World Economy 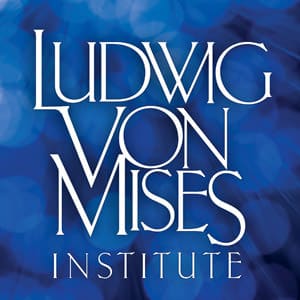 Noah, commenting on “For More Jobs and Stability, Set the Economy Free”, points to second important observation in the linked commentary by Kevin Warsh – the spillover effect of Fed Policy, with significantly negative long run consequences, on the world economy. From his comment:

The piece by Kevin Warsh that was linked in the article (“Finding Out Where Janet Yellen Stands”) included this important observation:

“The Fed makes domestic decisions for the domestic economy. Yes, but the U.S. is the linchpin of an integrated global economy. Fed-induced liquidity spreads to the rest of the world through trade and banking channels, capital and investment flows, and financial-market arbitrage. Aggressive easing by the Fed can be contagious, inclining other central banks to ease as well to stay competitive. The privilege of having the dollar as the world’s reserve currency demands a broad view of global economic and financial-market developments. Otherwise, this privilege could be squandered.”

The Fed is not just picking winners and losers domestically, it is doing so globally. While the winners fill their pockets, the losers get increasingly restless and increasing aware that the screwing they are getting is not random but has a very definite source.

As is often the case, Austrian influenced economists have been on the leading edge. Those wonkish types interested more detail first see the Fertig Prize winning article Monetary Nationalism and International Economic Stability by Andreas Hoffmann and Gunther Schnabl. The abstract:

ABSTRACT: This paper describes the international transmission of boom-and-bust cycles to small periphery economies as the outcome of excessive liquidity supply in large center economies, based on the credit cycle theories of Hayek, Mises, and Minsky. We show how too-expansionary monetary policies can cause overinvestment cycles and distortions in the economic structure on both the national and the international level. Feedback effects of crises in periphery countries on center countries trigger new rounds of monetary expansion in center countries, which bring about new credit booms and international distortions. Crisis and contagion in globalized goods and financial markets indicate the limits of purely national monetary policies in countries, which provide the asymmetric world monetary system with an international currency. This makes the case for a monetary policy in large countries that takes responsibility for its long-term effects on goods and financial markets in both the center and the periphery countries of the world monetary system.

Other good work on the topic is by Metro State’s Nicolas Cachanosky:

Studies how these two economies react to US monetary policy.

“U. S. Monetary Policy’s Impact on Latin America’s Structure of Production (1960-2010)” which extends ABCT and capital-based macroeconomics in the international arena, especially as it applies to the ‘periphery’.

I study the effects of U.S. monetary policy on Latin America’s structure of production prior to two recent economic crises. I find that changes in the Federal Funds rate produced uneven effects across economic sectors. Those industries that are more capital intensive and relative long-term projects are more sensitive to changes in the Federal Funds rate than projects that are less capital intensive and relative short-term in duration. Therefore, periods of loose monetary policy resulted in a misallocation of resources that has been costly to correct during the bust. This result finds a particular pattern of economic distortion during an unsustainable boom.

The views expressed on AustrianCenter.com are not necessarily those of the Austrian Economics Center.
hayek_admin2014-04-14T15:32:27+02:00