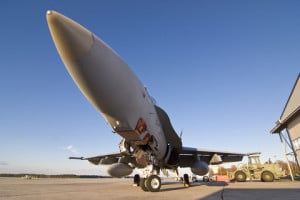 “It is not from the benevolence of the butcher, the brewer, or the baker that we expect our dinner, but from their regard to their own interest.”

Thus, Adam Smith described the nature of markets in his Wealth of Nations. Smith´s insight is just as relevant to understanding the market generally as it is to comprehend the stagnated nature of European defence markets. In Europe, national contractors enjoy post-monopolistic conditions. The European Defence Agency (EDA) shows that Europe is still far from reaching the desired benchmark on procurement spending and research and development (R&D) (Darnis, 2013: 2). If we want Europe to be able to responsibly handle its global commitments, liberals need to make sure that it is in the own interest of the key defence market actors, from the governments, to the contractors, to the interest groups. From a liberal point of view, the answer can only be to free the European defence market.

As recently as 2011, 80% of European weapon procurements came from national suppliers (Kempin, 2013: 4). In times of crisis where international demand falters, parastatals might look to the domestic market as their most realistic avenue of increasing revenues (Darnis, 2013: 2). This does not demonstrate the kind of free market we desire to ensure that our militaries get the best equipment for their Euro. The US also invests comparably much more of their military spending in R&D. It is unlikely and not even desirable that Europe will match the US in military spending, but spending what we use more intelligently would improve European forward-deployability greatly. In a global context, Europe is currently outspending the Asian countries, and collectively has more men in uniform than the United States (Valasek, 2011: 11-12). Nevertheless, defence spending continues to decrease on the whole, as the EDA survey of 2011 shows us (Platteau, 2013: 9). There has been marginal increases in joint projects, most notably those undertaken by the Nordics and by the UK/France, but they still only comprise a fraction of all military spending by EDA-members (Platteau, 2013: 26).

At the same time as the European defence markets have increasingly frozen in their tracks, the world has changed around us. Changing power-dynamics have first and foremost meant that Asia has to a much greater extent become the foreign policy focus of our American partners, as liberal MP Joachim Spatz pointed out in Vienna (ELF, 2013). With as much as 28% of European trade going to East Asia, Europe should welcome the revived attention towards Asia by the Americans (Keohan, 2013: 3). However, this means that the now old, but still insightful European Security Strategy has to be taken seriously, especially when it comes to Europe´s immediate neighbourhood (Keohane, 2013: 4). The events of the Arab Spring, taking place at the same time as the Crisis, have proved the value of efficient military spending and European forward-deployment capacity. We are still far from the goal, and while 16% of American forces can be deployed overseas, Europe can only deploy a staggering 4% of its armed forces in overseas theatres (Valasek, 2011: 11-12). If we are to make good on our liberal commitment to democracy and human rights, we need a forward-deployable and interoperable European military. While we are still far from any kind of Euroarmy, there is much which can be done in the realm of pooling & sharing of military resources and research, as long as the willingness is there.

Currently there are major interests which bar pooling & sharing from becoming a fully-fledged success. National governments are uneasy about giving up own sovereignty over their military resources, national contractors jealously guard their own markets, and local communities dependent on national defence establishment all have strong incentives to stop pooling & sharing from breaking down the boundaries of the European defence market.

While the numbers cited above can give a rather grim outlook on European defence, defenders of the status quo are likely to make the point that Europe enjoys a time period of unprecedented security, while at the same having cut two-thirds of their Cold War-military spending. Simultaneously it could be argued that national interests in Europe are too divergent to justify further military integration. This is however a weak argument which ignores the increasingly convergent European interests on issues such as energy security and ensuring secure international shipping lanes. Europe also shares a joint commitment to the defence of human rights and democracy in its immediate neighbourhood and beyond. The need for American support in the Libya campaign already showed us the weakness of European military power, and underscored the need for drastic reform in the direction of pooling & sharing if Europe wants to continue to play a decisive role in the world. Most crucially however, Europe needs to improve its performance if it wants to avoid a decoupling of transatlantic security interests. As Deni points out, there is increasingly deep-seated distrust in European commitment to taking a greater share of the international security responsibility the West jointly owns (Deni, 2012). Most European liberal parties praise NATO as the cornerstone of European security, but the alliance can only be ensured if Europe increasingly agrees to take on more responsibility. Increasing European defence budgets seems out of the question in most national discourses, and thus pooling and sharing remains.

At the same time European liberals must dedicate themselves to an updated European Security Strategy which clearly defines the areas where joint European military resources can and should be put into use. This would give national governments clarity and reliability in knowing in what contexts they can rely on the use of common EDA resources. Only when these two tracks are simultaneously pursued can we achieve the Herculean task of transforming the European military capability to defend her values and interests in partnership with our allies. To paraphrase Smith, it is not from the benevolence of the national governments, European defence contractors or defence interest groups that we expect our integrated European defence market. Instead it is from their regard to their own interest.

The views expressed on AustrianCenter.com are not necessarily those of the Austrian Economics Center.
hayek_admin2014-03-31T08:44:09+02:00