Freedom and Whisky Go Together 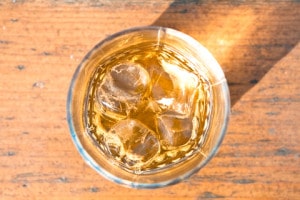 On Thursday, Scottish voters will decide whether to dissolve the 300-year-old union with England and Wales or remain in it. Until a few weeks ago, a “no” vote seemed like a slam-dunk certainty, with the anti-independence movement enjoying a 20-point margin in polls. Thanks to a series of blunders by the Better Together campaign and some deft politics by Yes Scotland and Scottish First Minister Alex Salmond, the result is now too close to call.

As the world watches, it seems Scottish secession could be a step toward global liberalization and decentralization. But will an independent Scotland be a freer Scotland? A look at the language of the respective camps is revealing.

One of the main reasons for the Scottish independence movement gaining so much ground in recent years has been the Scottish left’s visceral hatred of what it sees as an English Conservative government. The country of Adam Smith and David Hume has largely turned its back on free market economics, in favor of a large-scale welfare state with generous benefits.

Far from creating a free Scotland, the Yes Scotland coalition seems bent on creating a dysfunctional socialist democracy. By contrast, the opposition Better Together coalition seems to have been put largely on the defensive. In fact, one of the main arguments Salmond and his allies have used in recent weeks is that the Conservatives plan to privatize the Scottish National Health Service—even though Salmond’s own government already controls such decisions.

Yes Scotland has also pulled Better Together down a rabbit hole of technical discussions over whether Scotland would be able to use the pound sterling as its currency. Given that several small countries around the world use the U.S. dollar or other non-national currencies, many Scots have simply ignored dire warnings from London and the Bank of England.

The average “yes” voter also seems unfazed by the argument that Scotland would have to reapply to join the European Union. The governments of EU members Spain and Italy face significant separatist pressure in their own countries and are resolutely opposed to Scotland gaining quick entry to the EU, yet their admonitions appear to have fallen on deaf ears in Scotland.

Energy experts have warned that Scottish oil is quickly running out. And yet First Minister Salmond’s fiscal plans all appear to rely on a steady stream of oil revenue, putting Scotland in a similar position to Norway—another small country with a large welfare state that is prosperous because of sound management of its oil income. There have been reports, backed up by BP and Shell, that Scotland’s oil supplies are not nearly so secure. Many Scots have ignored those warnings, too.

You may have noticed a common thread: The Better Together campaign has been using negative arguments. Where are the positive arguments about the virtues of union? In terms of perceptions, warnings of the dire consequences of independence have been taken as opposition panic, rather than genuine concern.

One thing appears certain to all parties. If Scotland becomes independent, it will face a fiscal shortfall. Since the 1970s, English taxpayers have been subsidizing Scotland to the tune of 17 percent more public funding per capita than the rest of the UK. This arrangement, known as the Barnett Formula, has no statutory basis but was designed to lower demand for independence. With independence, this subsidy would vanish—along with EU subsidies, at least temporarily.

The combined English leaderships of the Conservative, Labour, and Liberal Democrat parties have decided to offer yet more special privileges to Scotland that no other part of the Kingdom would have. These would include extra powers over taxation, welfare, and public spending. This package, known as “Devo Max,” is actually what Salmond wanted to present to the voters in his original suggestion for a referendum. It appears that he has won, however the vote goes.

Such a situation is clearly untenable. The rest of the UK would be bending over backwards to keep Scotland on its side, with an ever-present threat of another referendum—and implicit demands for more subsidies—forever hanging over it. There are already signs that English politicians won’t stand for this.

For a free-market classical liberal, the proposed “compromise” should be anathema. A stronger Scottish state, with more bureaucratic welfare and high public spending, is the last thing the country needs. Its dysfunctional politics would continue, with politicians squabbling over how much they could screw out of England this time.

Instead, the Norwegian model presents the most hope. Despite the size of the Norwegian state, its current government includes avowed libertarians such as Finance Minister Siv Jensen. Indeed, it is because of the presence of sound fiscal discipline that the Norwegian oil revenues have been invested wisely rather than squandered.

A Scotland freed from reliance on English subsidy, left to make its own financial decisions, would be a free and independent nation indeed. It could make rational choices rather than blame a “foreign” government for its woes.

It might even realize the wisdom of two of its greatest sons, beginning with Adam Smith, of course. And as the probable drop in the value of the pound following independence would lower the export cost of whisky, Scots should keep in mind the words of Scotland’s national bard Rabbie Burns: “Freedom and whisky gang the gither.”

The views expressed on AustrianCenter.com are not necessarily those of the Austrian Economics Center.
hayek_admin2019-01-14T06:13:49+01:00