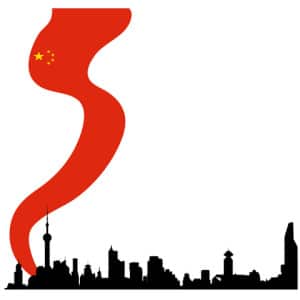 I view the prospects of the Chinese economy in the coming years with guarded optimism – guarded because distortions are rampant in the economy – from the vast misallocation of resources to the highly distortionary macroeconomic structure that propels a vicious cycle – but optimistic, for exactly the same reason. The existence of important and pervasive distortions means that there is still room for growth. The larger the misallocation, the greater the potential for efficiency gains.

China is different from other countries, because it is a highly distorted economy. Central-planning in the past has left many dislocations in place, still waiting to be removed one by one through bouts of individual reforms. Thus, unlike many emerging economies today, and unlike the East Asian Tigers of the past, China has a far more powerful development tool: reforms. Reforms which reallocate existing resources to its most productive use, will stimulate productivity growth that is inherently much more sustainable than capital accumulation.

Large-scale reallocation of labour from low productivity to high productivity areas has always been an important source of growth in China. First, starting from the late 1970s, when 70% of the total work force was employed in the agrarian sectors, people began moving into manufacturing jobs in the coastal regions of Jiangsu, Guangdong and Zhejiang, encouraged by Deng Xiaoping’s reforms, begun in the 1980s, that designated Special Economic Zones. The share of agriculture employment plummeted to 30% by 2007. But labour was oversupplied in these areas and wages depressed. The ‘90s saw another wave of reallocation: labour moved from the low productivity state sector to private sector enterprises, and the share of the work force in non-agricultural state sectors fell from 52% to 13% between 1978 and 2005. Both types of reallocations from low efficiency to high efficiency sectors and firms were key to China’s recent miraculous growth.

The next wave of growth will come from reallocating capital towards its most productive use. To date, capital markets are the most distorted part of the economy. The private sector, and especially small and medium-sized firms, is thirsty for capital. The reallocation of capital, away from state-owned companies which absorb a disproportionate amount of national investment, towards its more efficient use for more productive private firms can create the next big wave of growth spurt in China. But the critical ingredient is reform.

Another reason to be optimistic is that labour productivity growth is high as human capital in skills, knowledge and experience accumulates. While China has traditionally been a country that emphasises education and executes reasonable meritocracy, the one child policy itself has accelerated the accumulation of human capital. In research with my coauthors Taha Choukhmane and Nicolas Coeurdacier, we find that an only child receives substantially more education investment than a twin (born under the one child policy), almost twice as much when it comes to discretionary education for a child between 15 and 21.

The reason is simple: there is a quantity-quality tradeoff at work. Most urban families (96%) had only one child in the 1980s and 1990s, and could afford to invest significantly more in the child’s education. Educational investment translates directly into school attainment: twins are 40% more likely to attend a technical or vocational institution rather than an academic high school compared to an only-child. This means, quite simply, that we have a super-generation of highly educated but potentially psychologically unbalanced only-children.

But high human capital and a massive injection of skilled labour and college graduates into the economy do not translate into the actual creation of employment. China’s current and future problem is the opposite of the US’s. While there is growing skills gap across the Pacific, the opposite is true in China. China’s huge addition of college graduates every year has led to many young people without jobs.

Employment generation is a general problem in the Chinese economy. Over a rapid period of growth, employment growth has only been about 1% on average every year. What is the reason behind low creation of jobs? A key factor is that the economy is over-weighted towards manufacturing sectors. These sectors see the highest growth in labour productivity but low increases in actual employment. In contrast, service sectors have relatively low labour productivity but high employment growth. To generate jobs, the Chinese economy needs to restructure away from manufacturing and secondary industries to consumer-oriented service sectors. Private sector investment will have a major role to play to make services more productive.

But pumping up the manufacturing sectors perhaps goes back to a historical mentality and bias of placing excessive value on production and exports. Higher production than the capacity to absorb it domestically invariably leads to a large trade surplus, a result of underlying causes deeper than currency misalignment.

The signs of concern – low employment growth, weak consumption, environmental issues, short-term growth slow-downs, large external imbalances – are all symptoms of the same problem: the highly contorted macroeconomic structure that sustains a vicious cycle. In this cycle, financial repression and wage suppression subsidise exports and production. Low labour and capital income weakens household demand, suppresses households, and forces the government to rely ever more on exports and investment to maintain GDP growth. This, in turn, requires further distortionary subsidies that appropriate more resources away from households.

Though seemingly disparate, some of China’s most controversial policies – capital controls, a fixed and undervalued exchange rate, managed interest rates, financial repression, and wage suppression – work together to weave a web of distortionary policies, interlinked and symbiotic. This complex web thrusts the economy into a contorted cycle: the deeper it plunges, the more difficult it is to get out.

Thus, it is fair to say that where there is weakness in China’s economy, there is also opportunity for sustained growth. Simply correcting the misallocation of existing resources – especially in capital – can unleash more growth than one can imagine. But whether this happens or not, and how long it would take, all depends on how successfully and swiftly reforms are implemented. There is still plenty of room for policy blunders, for vested interests to block the way. One can still be reasonably positive that the latest one-child generation, once they become the key agents in the economy in a few years’ time, will boost productivity. But none of these advantages would come into full realisation unless the government’s mentality and bias towards a ‘production-based’ economy undergoes some pretty dramatic changes.

The views expressed on AustrianCenter.com are not necessarily those of the Austrian Economics Center.
hayek_admin2019-01-14T06:14:36+01:00