The Future of Education: An Interview with Bryan Caplan

Bryan Caplan is a Professor of Economics at George Mason University and blogger for EconLog. He is the author of The Myth of the Rational Voter, named “the best political book of the year” by the New York Times, Selfish Reasons to Have More Kids, and most recently, The Case Against Education. At this year’s LibertyCon in Washington D.C., our Kai Weiss sat down with him to talk about the problems of the current education system and how to solve them. 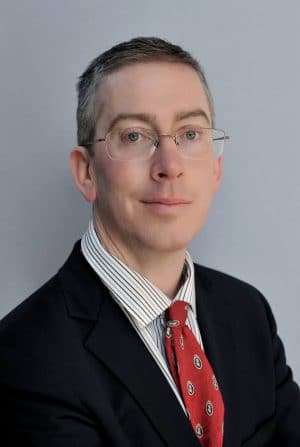 Kai Weiss: Before going into your new book on education, let’s shortly start off with your previous work on The Myth of the Rational Voter, in which you are making the case that democracy falsely assumes that voters are rational. How are they not? And what are the consequences of this insight?

Bryan Caplan: There’s a couple of different questions. One is: why would you expect them to be rational, why would you not expect them to be? And there I say that if people spend their own money in the store foolishly they spend their money and get something they don’t want. But if an individual voter votes foolishly, what do they get? The same thing they would have gotten anyway. That is a crucial insight for understanding: shopping and voting are not the same, they are in fact almost exactly the opposite, even though they both have the language of individual choice. With shopping, if you make a better decision then you get a better result. In voting it doesn’t work that way: if you make a better decision you get the same result as everybody else. This means at minimum that we should not be confident that democracy is working well. We need to basically rely upon voluntary donations from voters of high-quality thinking.

In addition, public opinion research in psychology says that actually people’s political views are generally very silly. They are poorly thought out, dogmatic, emotional. This is by the way not by itself a libertarian point, because all of these complaints apply to libertarians, too. Libertarians can also be dogmatic and overconfident. It’s just a general problem that the quality of thinking is very low.

In the book, I go over a lot of evidence about the irrationality of the public’s beliefs about economics. You see big systematic differences between the way that people who have studied economics for decades see the economy, and how normal people do.

There is an anti-market bias: non-economists tend to underestimate the social benefits of the market mechanism – the Adam Smith line that “It is not from the benevolence of the baker that we expect our dinner, but from their regard to their own interest.” That’s an interesting observation, because most people will just assume that if you are in it for the money then it will be a bad result. But Smith is there to say: no! Then there is an anti-foreign bias: the tendency to be especially pessimistic about the economic effects of interactions with foreigners. And make-work bias: judging economic performance by employment rather than production.

Those are the more specific irrationalities that I see. Although you will see not just ignorance, where voters just happen not to know, but you will see something much worse, which is people who have never studied it, have a bunch of stupid answers that they already believe in, and that they don’t want to change their minds about, even though they really know nothing about it.

What are possible solutions to this?

The big one that I talk about is relying less upon government by saying that if everyone else is wrong and one individual is right, at least the individual can go and make a better decision for himself, and get the rewards of that. Democracy doesn’t work that way. This is one of the best arguments for just general skepticism of governments, and just to say that even when government is democratic, you should not expect that it will advance the interests of voters. Once you accept that, what would advance their interest better: well, how about having less government?

Would you also say that better education could play a role in the solution?

Let me put it this way: if I were in charge of the education system, I think I could improve things. I don’t see much evidence of how the existing education system improves things, and I think in many ways the existing system amplifies the irrationality of the public, reminding them about issues and then say what we are going to do about this: let’s go and do the feel-good thing, that sounds good. In United States civics classes, a lot of what they are teaching is the idea that here are horrible problems, and if government doesn’t solve them, they will remain. Basic economics, or even just cost-benefit analysis, are not an important part of US education. So if I were to assign the curriculum, would I improve things? I think I could. But under the existing system, the main good thing about it is that it’s so boring that most people forget what they learn. If they truly were to internalize the lessons they are taught, things could be worse.

In your new book The Case Against Education, you are putting forth the problems the educational sector has. What are some of them?

There is a big problem that hardly is ever talked about: that most of what you learn in school you will never use again. What’s the point of studying a subject you are never going to use or that you are just going to forget right after your final exam? And why are employers willing to pay people more for doing well in school? This is where the whole heart of my book is, to say: even studying something that’s totally useless in the real world still helps convince employers that you are a good worker. So even though you are never going to use your Aristotle class, still, if you were one Aristotle class short of graduation, this can destroy your career – employers throw away your application, because if you don’t have a college degree, we are not even interested in interviewing you. There are a lot of complaints about education, and in the book, I cover most of them. But the main thing I’m trying to do is change the subject and say: look, you are focusing way too much on the individual student. You should be focusing more on whether the system is actually worthwhile – and especially instead of asking whether college is worth it for the student, ask whether subsidies are worth it for the taxpayer. And that’s where I say: no, taxpayers are wasting their money for the most part.

In an article for The Atlantic you are writing that higher education is “a big waste of time and money.” But isn’t there still a point in going to college?

You have to distinguish between the selfish point of view and the social point of view. Selfishly speaking I think college is a very good deal for most of the people who go. I’m criticizing it from a social point of view, about whether it is really worth taxpayers’ money, whether it is the kind of thing that makes sense to encourage. In school, if you do well you get a bunch of stickers on your forehead to go and impress employers, and this gets you a better job. But if everyone went, and everyone would get those stickers, this would mean that the stickers would be worthless. You would need even more stickers to get that job. In the book, I also talk about people who are making a mistake in going to college selfishly speaking. Most obviously, most of the pay-off from college comes from graduation, from finishing. And yet, a large share of people who go to college don’t finish – only about 40 percent would finish on time in four years of going to school full-time – a lot of people just never finish. For them, college is not a good deal, and in particular, the best way of predicting future performance is past performance: if you did poorly in high school, you are very unlikely to do well i