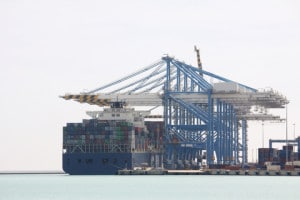 Free trade is an important component of economic freedom. As such, trade liberalization does not only enrich choices in our supermarkets and lower prices of the products we find there, but also leads to more jobs, higher living standards, economic prosperity, development, and wellbeing.

In December 2013, 159 member states of the World Trade Organization (WTO), which represent 97 percent of world trade, reached a historic agreement that will allow easier and faster global movement of goods. The agreement will bear fruits to all signatories, no matter if they are poor or rich countries. The agreement is historic because, since the WTO was created in 1995, this has been the first multilateral trade agreement the members have reached. In the past 18 years, the countries that were aiming to liberalize trade policies of their countries and of their trading partners have had to resort to hundreds of bilateral and regional free trade agreements. The recent WTO agreement means the world is returning on the path of global trade liberalization.

While reading the reactions to the WTO agreement in Bali, I came across some negative comments on blogs in and chat rooms. These comments were written by the opponents of the international trade liberalization who can be put into two groups. First, those who profit at the expense of trade restrictions. Second, those who do not understand the importance of free trade for the prosperity and development. For whatever reason people oppose free trade, nothing stops them from daily enjoying the fruits of free trade, such as Apple iPad, Milka chocolate, Dell laptop, Coke Zero, Dior mascara, McDonald’s hamburger, Disney cartoon, Mercedes car, Louis Vuitton handbag, Ikea furniture, Nike shoes, Pampers diapers, Canon camera, Nestlé coffee, Siemens phone, Adidas tracksuit, Colgate toothpaste, Chiquita bananas, Danone yogurt, Cartier watch, Nivea cream, Xerox printer, Nintendo games, Panasonic television, BMW motorcycle, Duracell battery, Jack Daniel’s whiskey, Dove shampoo, Pringles chips, Smirnoff vodka, Kellogg’s cereal, Johnson & Johnson contact lenses, Heineken beer, Gillett razors, … I could go on and on forever. Hence, it is not just hypocritical, but also destructive to yourself, if you spit fire over those that improve and sweeten your life.

This WTO agreement in Bali will, among other things, simplify, shorten, and cut customs documents, procedures, and legislation; reduce or even eliminate unnecessary bureaucratic burden; reduce import duties and agricultural subsidies. The agreement is expected to reduce costs for the developed countries by 10 percent and for the developing countries by 15 percent. As a result of this historic agreement, consumers will be able to afford more with their salaries, and companies that are trading with countries outside the European Union will increase profit, which will enable them to employ new people, pay higher wages, increase the output, or invest in research and development. All this will give a welcome boost to global growth in light of the current slow economic development. As an example, German economy can expect a boost of 60 billion euros per year, while the Slovenian economy can expect 800 million euros per year. Globally this means additional 21 million jobs and additional 700 billion worth of goods and services, out of which 460 billion in the developed countries and 240 billion in the developing countries.

With all these positive effects of the global trade agreement, why did it take so long to reach it? One of the biggest reasons is the insincerity of some developed countries, such as the European Union and the United States, which claimed to be advocates of free trade, but often acted in contradiction to it, in order to guarantee rents and advantageous market position for their darling local players. This state favoritism of selected local individuals or groups didn’t just prevent other countries from gaining from the trade with them, but also made their own citizens pay the bill by experiencing higher prices of goods and services, lower living standards, lower economic growth, and higher unemployment than if free trade had been agreed upon.

As I mentioned in my opening paragraph, free trade is an important component of economic freedom, or capitalism if you like (For more see: Economic Freedom of the World annual report). This has become evident also to Bono, who is known worldwide not just as the front man of the music group U2, but also for his efforts to help the developing countries in their struggle to fight poverty. After decades of advocacy for foreign aid, Bono is starting to understand what the developing countries truly need: “Aid is just a stop-gap. […] Entrepreneurial capitalism takes more people out of poverty than aid. […] In dealing with poverty here and around the world, welfare and foreign aid are a Band-Aid. Free enterprise is a cure.”

The latest WTO agreement in Bali is an important milestone for liberalization of global trade, but we should keep in mind that further steps are needed for true free trade, which will benefit everyone around the globe.

The views expressed on AustrianCenter.com are not necessarily those of the Austrian Economics Center.
hayek_admin2014-03-06T12:01:13+01:00