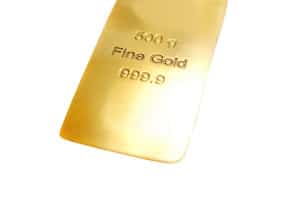 For more than two hundred years, practically all of the leading advocates of individual liberty and free markets have assumed that money and banking were different from other types of goods and markets. From Adam Smith to Milton Friedman, the presumption has been that competitive markets and free consumer choice are far better than government control and planning – except in the realm of money and financial intermediation. They have been wrong on this important issue.

This belief in the need for political control and management of the monetary system has been taken to the extreme over the last one hundred years, during which governments have claimed virtually absolute and unlimited authority over national monetary systems through the institution of paper money.

At least before the First World War the general consensus among economists, many political leaders, and the vast majority of the citizenry was that governments could not be completely trusted with management of the monetary system. Abuse of the monetary printing press would always be too tempting for demagogues, special interest groups, and shortsighted politicians looking for easy ways to fund their way to power, privilege, and political advantage.

The Gold Standard and the Monetary “Rules of the Game”

Thus, before 1914 the national currencies of practically all the major countries of what used to be called the “civilized world” were anchored to market-based commodities, either gold or silver. This was meant to place money outside the immediate and arbitrary manipulation of governments. Any increase in gold or silver money required private individuals to find it profitable to prospect for it in various parts of the world; mine it out of the ground and transport it to where it might be refined into usable forms; and then mint part of any new supplies into coins and bullion, with the rest made into various commercial and industrial products demanded on the market.

The paper currencies controlled by governments and their central banks were supposed to be issued only as claims to – as money substitutes for – quantities of the actual gold or silver money deposited by members of the society in banks for safekeeping and the convenience of everyday business in the marketplace.

Government central banks were meant to see that the society’s medium of exchange was properly assayed and minted, and to monitor and police private banks and itself to make sure that the “rules” of the gold (or silver) standard were properly followed.

Bank notes were to be issued or deposit accounts increased in the banking system as a whole only when there had been net additions to the quantity of the commodity money within the economy. Any withdrawals of the commodity money from the banking system was to be matched by a decrease in the total quantity of bank notes in circulation and in deposit accounts payable in money.

Did government’s always play by these “rules”? Unfortunately, the answer is, “No.” But, by and large, in the half-century or so before the beginning of the First World War, governments and their central banks managed their national currencies with surprising restraint.

If we look for a reason for this restraint, a leading one was that for a good part of this earlier era the predominant set of ideas was that of political and economic liberalism. But we need to remember that at that time “liberalism” meant an advocacy and defense of individual liberty, secure private property rights, free markets, free trade, and constitutionally limited government under impartial rule of law.

But, nonetheless, these national currencies were government-managed paper monies linked to gold or silver by history and tradition, and more or less left fairly free of direct and abusive political manipulation, due to the prevailing political philosophy of the time that considered governments as protectors of individuals’ rights to their lives, liberty and honestly acquired property.

However, in the decades leading up to the First World War the political trends began to change. New ideals and ideologies started to appear and gained increasing hold over people’s minds. The core conception was a growing belief in the necessity for and the good that could come from political paternalism. Government’s were not simply to be impartial “umpires” who enforced the rule of law and protected people and their property from violence and fraud. No, government was to intervene into the social and economic affairs of men, to regulate markets, redistribute wealth, and pursue visions of national greatness and collective welfare.

This meant a change in the political philosophy behind the government’s control of the monetary system, as well. In the decades after the First World War, in the 1920s, 1930s, and 1940s, the government monetary managers increasingly became monetary central planners. The central bankers were to manipulate the supply of money and credit in the economy to achieve various goals: stabilize the price level; maintain full employment; peg or change foreign exchange rates; lower or raise interest rates to influence the amount and the types of investments undertaken by private borrowers and investors; and, whenever and however necessary, increase the quantity of money to fund government deficits needed by politicians and interest groups to feed their insatiable appetite for power, privilege and political plunder.

The triumph of Keynesian Economics in the post-World War II period resulted in a near monopoly of academic and public policy advocates who argued that private enterprise was inherently unstable and frequently unfair, and could only be allowed to exist and function in a wider environment of dominating government control. The consequence was a government constantly increasing in size, scope, and pervasive supervision and intrusion into every corner of personal, social, and economic life.

But big governments cost big sums of money. About a hundred years ago in America, in 1913, all levels of government combined – Federal, state, and local – absorbed less than eight percent of the nation’s income and output. Today, all level of government take nearly fifty percent of all that is earned and produced in the United States. That cost of government is even more if we add the financial burdens imposed on private enterprise to comply with the strangling spider’s web of regulations and controls imposed on businessmen going about their business.

The economics textbooks usually sanitize this type of process with a sterile terminology that calls it, “monetizing the debt.” An earlier generation of economists and critics of political paternalism used to call this process paper money inflation and debauchery of the currency: the diluting of the value of the money in people’s pockets through monetary depreciation and currency devaluation.

Political Demagogy, Fiscal Burdens and the Danger of Inflation

As a result of the growth of the modern welfare state, America and the other major Western countries of the world have become, in the words of Nobel Prize-winning economist, James Buchanan, perpetual democracies in deficit, funded in total or in good part by, now, trillions of dollars created by government monetary monopolies – the central banks.

Today, we are reaping the whirlwind of decades of political paternalism and monetary central planning. Nations like Greece have been at the edge of financial bankruptcy and debt default. And countries like the United States, which are woven tightly with networks of special interest groups living off the redistributed plunder of other more productive members of society, seem to lurch from one fiscal crisis to another every few months or so. The current politics of redistributive paternalism seems to offer little way to stop the worsening avalanche of massive annual deficits and mounting national debt.

The demagogues and political tricksters harangue about “soaking the rich” to fund the unfunded “entitlements” of social security and Medicare through the rest of the 21st century. They demand that “big business” pay for the government “jobs to nowhere” that is promised to end the unemployment that earlier and current misguided economic policies have created and prolonged.

The politicians of plunder have also taken recourse to that last refuge of every political scoundrel: a call to “patriotism.” It is your duty as a “good citizen” to pay an increasingly higher and higher “fair share” in taxes; to cooperatively be subservient and obedient to the demands and needs of government; and to sacrifice your freedom and the fruits of your own h