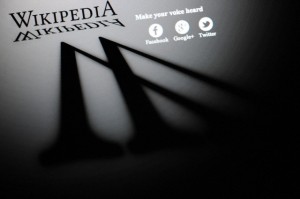 A politically correct government is transfixed, not with equality of opportunity, but with equality of outcomes. The problem with such policies is that, while they may help those on the lowest end of intelligence and aspirational scales, they hurt those at the higher end and they dumb-down the mean. In public high schools, we see the consequence in college-bound students having to take remedial classes in math and English. In the work place, we see under-performing and tenured teachers staying in jobs from which they should have been fired.

Unions, notoriously, keep on people long past their prime. Permitting Lois Lerner to stay on at the IRS for over a year did nothing to benefit those who pay her salary – taxpayers. Does anyone believe that government healthcare will attract the best and the brightest? A bell-shaped curve ends up as a single dark smudge in the middle of a graph.

What prompted these comments was an article that appeared on the front page of Monday’s Wall Street Journal, entitled “Open-Government Laws Fuel Hedge-Fund Profits.” The article discusses the fact that hedge funds – and other diligent investors – make use of the government’s Freedom of Information Act (FOIA). The Act was conceived by advocates of a more open government and was prompted by the belief that government was subservient to the individual. It was signed into law forty-seven years ago by Lyndon Johnson, with nine exemptions, which would exclude information that is vital to national security, corporate trade secrets, personal data, information compiled for law enforcement purposes, etc. Nevertheless, the tone of the article suggested that those who sought information under the FOIA were doing something wrong.

The Act allows anyone to receive – for a nominal fee – myriad documents from a host of files in government archives. Information is available from agencies such as the EPA, the Department of Energy, the SEC and the FDA. Such requests, of course, are perfectly legal, as it is government that provides the data.

In 1996, the FDA made a change to the FOIA rules. When the agency gets “frequent requests” for the same records – generally more than three – they make those records available on its website. Of course the information is not pro-actively mailed to every person who has requested data from the agency.

“There is nothing,” as the Journal article declares, “improper about trading on information obtained through a FOIA request, because the government has no duty to keep the information private.” Most investors are not looking for material non-public information. Ninety-nine percent seek information that, as the Journal notes, “helps them to piece together investment strategies or evaluate a company’s prospects.” They are looking for the final piece that allows them to complete a 1000-piece jig-saw puzzle.

Like any other tool that more creative, industrious Wall Street analysts use, they understand the value of their efforts. Complaints have risen from those who have been less creative and less industrious. The authors make the not-very-startling statement that the policy of those who operate the FOIA, according to the Journal, is that “the first person to ask for something is the first to get it… [which is] an irritant to those who say all investors should get it at once.” Not only is such carping impractical, it suggests the complainer is both stupid and lazy. The investment business is highly competitive. Good research implies ferreting out as much information as can be reasonably gathered legally and ethically before making investment decisions. Being early and right is what analysts get paid for. Do not curiosity, intelligence, aspiration and hard work count for anything? Is a policy of equality in outcomes now aimed at portfolio managers? Do not investors, be they limited partners in hedge funds or owners of mutual funds, prefer above-average investment managers? Isn’t that why they pay the fees that they do? Would government prefer that we all invest in index funds? If so, what advantage would a well managed business have over a poorly run one?

The authors of the Journal article quote an analyst from Wedbush Securities who said that FDA reports should be made available to all analysts simultaneously. He is quoted: “If there’s a problem with a facility, it can have a huge impact on the company’s stock price.” I would agree, but shouldn’t we expect those who are charged with the fiduciary responsibility of managing our money to “kick the tires?” Would the Wedbush analyst prefer that all information be force-fed to all analysts simultaneously? Should I be penalized because I read the paper and my competitor did not? Despite being highly regulated, the securities industry is highly competitive, meaning there will be winners and losers. The point of the article is that the information is there for the asking. “…Investors use the process,” according to the authors, “to troll for all kinds of information.” Should diligence be penalized and lethargy rewarded? What does Wedbush want? Do they expect the FDA to notify all investors of every filing? Is there a reason why they cannot file a FOIA request? Over the past five years, there were over three million requests filed; so obviously a lot of investors are in on the game.

In 1961, Kurt Vonnegut wrote a short story, “Harrison Bergeron,” a satirical piece about a utopian state that thrives on social equality. The government employs a Handicapper General whose job is to ensure that outcomes for all citizens – no matter their intelligence, aspiration, artistic talents or physical prowess – will be equal. The fastest runners are encumbered with leg irons. The brightest are given handicaps to dumb them down. The most beautiful must wear masks rendering them ugly. Fourteen-year-old Harrison Bergeron who is athletic, brilliant, handsome, agile and brave must endure all the handicaps. He is ultimately jailed because his innate qualities are considered dangerous to the state. He escapes, thinking he can change a way of life that favors equality, but at the expense of fairness to the aspirational individual. He is only stopped when the Handicapper General, Diana Moon Glampers, shoots him.

None of us can look into the future with any degree of clarity, which is obvious when we hear comments like that made by Lincoln Steffens on his return from a visit to the Soviet Union in 1919 – “I have seen the future and it works.” More prescient were those like George Orwell and H.G. Wells whose imaginative novels told harrowing stories of the dystopian consequences of government over-reach. Once equality in outcomes becomes the goal of government, we will find ourselves on a slippery and insidious slope toward a world absent of individual rights.

Government encroachment touches the entire economy. In the past thirteen years, the United States has fallen from two to seventeen on the Fraser Institute’s measurement of Economic Freedom of the World. The report considers such factors as size of government, the legal system, property rights, soundness of money, free trade and regulation. Among the countries we now lag, according to this report, are Canada, Denmark, Hong Kong, New Zealand, Singapore and the UK, but it also includes Bahrain, Chile, Estonia, Qatar and the United Arab Emirates. It is, as a recent Cato report notes, “…troubling that the United States, the world’s most important economy long associated with market-liberalism, should be in decline.”

Penalizing investors for investing based on information that others don’t have, but is publically available, would set a dangerous precedent. It is really no different than punishing the investor who reads the Wall Street Journal, while his competitor glances at the New York Post. Some analysts and investors work harder than others, stay more involved and, in fact, are smarter. Should they be penalized for being a Harrison Bergeron? As government becomes an ever-bigger part of our economy, with dependency superseding responsibility and indifference repudiating initiative, freedom will be lost to security. It is the gradualness of these changes that make them insidious and difficult to halt. We all must be wary.