Government Is Always the Answer, Even if Government Was the Problem 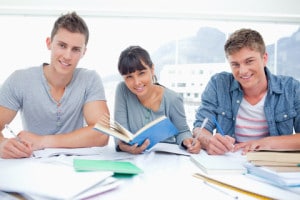 When the housing bubble burst in 2008 and brought much of the economy down with it, the more thoughtful analysts explained that government was hardly an innocent bystander. Its housing agencies, Fannie Mae and Freddie Mac, played the roles of Bonnie and Clyde. Congress and the White House drove the getaway car (by endlessly pushing laws and rules to foist bad loans on the country in the name of home ownership) and the Federal Reserve filled the gas tank with cheap money.

Of course, the government learned its lesson and won’t do that sort of thing again, right? Hardly. It’s been doubling down since 2008—bailing out bad guys and pumping out the fuel that’s kept interest rates at rock bottom.

Don’t expect Washington to fix the fundamentals when its time horizon ends with the next election. In the perverse world of politics, problems don’t get solved as much as they get perpetuated. If you play it right, that’s how you keep your job. Look busy, talk tough, demagogue the issue, score rhetorical points, but don’t fix anything.

And remember: Government is always the answer, even if government was the problem in the first place.

What government did for housing pre-2008 is essentially what it’s been doing in the student loan market for years as well. Moreover, it’s about to go from bad to worse because the Obama administration is not exactly in a Mr. Fix-It mode.

Earlier this month, the President signed another imperial decree (excuse me, executive order is the more polite term), this time to extend to about five million student borrowers the ability to cap their loan payments to 10 percent of their incomes above $18,000. For example, if a college graduate makes $48,000 in his first year out of school, he can opt to limit his student loan payments to 10 percent of $30,000 (the difference between $18,000 and $48,000), which is $3,000. That amounts to a maximum loan payment of $250 per month.

In a statement on June 10, the President added, “We then have additional programs so that if you go into one of the helping professions—public service, law enforcement, social work, teaching—then over time that debt could actually be forgiven.”

In Obamaspeak, the “helping professions” are government jobs. They are not to be confused with the “non-helping professions” in the private sector—you know, all those tens of millions of jobs that don’t help people, one of which you probably hold. If you’re in a “helping profession,” any remaining balance on your loan will be forgiven in 10 years; if you’re a non-helper, you have to wait another 10 years for forgiveness. I kid you not.

(This extension of the loan payment cap applies to those who took out loans prior to 2008. It already encompasses those who have secured loans in more recent years.)

The White House observes, “Over the past three decades, the average tuition at a public four-year college has more than tripled, while a typical family’s income has barely budged.” True enough. But federal student loans, at over $100 billion this year alone, are already more than double the amount of a decade ago. The Wall Street Journal reports, “The average Class of 2014 graduate with student-loan debt has to pay back some $33,000…. Even after adjusting for inflation that’s nearly double the amount borrowers had to pay back 20 years ago.”

The evidence is indisputable that college costs even after inflation have soared, as has the debt that students are incurring to pay them. So to deal with this problem, we have to increase subsidies to borrow the money? That sounds a lot like what we heard a while ago about housing: “Everybody should have a house. Let’s drive interest rates down and make it easier to get a mortgage.”

Oops. We know how that worked out, don’t we? When asked how much the recent Obama executive order on student loans could end up costing taxpayers, Secretary of Education Arne Duncan displayed the same callous indifference to long-run consequences that characterized the housing craze. He said with a long, straight face, “We’ll figure that out at the back end.” I think the French put it more elegantly: “Après moi, le deluge.”

While politicians throw more and more of other people’s money at colleges and universities, Americans are catching on to the scams in higher education—the excessive bureaucracy, the mushrooming of dubious and politically correct courses, and the like. In The Chronicle of Higher Education last year, Kevin Carey of the New America Foundation noted that there’s been a substantial reduction since 1975 in tenure-track and full-time instructors at the same time as the ranks of college administrators have grown. Furthermore, he wrote, “anecdotes of universities’ building elaborate recreational facilities featuring things like lazy rivers (these having replaced climbing walls as emblems of excess) are commonplace, as are money-losing sports programs, aggressive building programs, and other expenditures that belie any sense of financial restraint.”

In the June 22 Chicago Tribune, editorialist Steve Chapman pointed out that “thinking that more federal aid will make college affordable is like believing that a dog can catch its tail if it goes faster … The more the government does, the less reason students have to demand cost control, and the higher tuition will climb.”

Why be careful with your money if the feds will subsidize your customers so they can pay you?

President Obama says he is “working with college presidents” to better contain costs, but what do you suppose “working with” them really means? Talking? Holding conferences? Issuing press releases? Does Obama know any more about the cost of running a college than he does about costs within his own healthcare program?

Even so, Chapman argues, “Some perspective is in order. Though some students acquire huge debts, two-thirds graduate owing $10,000 or less, and only 2 percent owe more than $50,000. Not all of the latter need to worry. A newly minted doctor, lawyer or MBA from a good school can expect an income more than adequate to meet the need.” The class of 2014 is deeper in debt than any of its predecessors, to be sure, but let’s not forget that the average college graduate still earns considerably more than the average non-graduate.

The real reason behind the Obama initiative is most likely crass vote-buying. It’s the old welfare state trick again—target a constituency, offer them money and make them think they’ve got a right to it, then parade as their savior as you vilify those who oppose your generosity. “If you’re a big oil company, they’ll go to bat for you. If you’re a student, good luck,” Obama said on June 9 while speaking of those who might raise questions about his plan. This stuff works with some people (maybe a lot of them), so the politicians assume they can be bought and paid for with other people’s money. He’s appealing to those who refuse to think beyond themselves, who don’t contemplate things like the long term or the rights and property of other people.

So let’s put all this together. We have here what Oliver Hardy might call “another fine mess” that Washington has gotten us into. Let me count the ways: