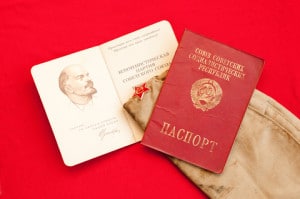 This column was originally part of a paper presented at the recent APEE meeting in Las Vegas.

Francis Spufford’s Red Plenty has been ably reviewed in these pages before. But it’s a book I can’t stop talking about and recommending. And when I do recommend Red Plenty to others, I’m never quite sure what to call it.

The back of the book describes it as “history . . . fiction . . . as different from what you were expecting as a glass of Soviet champagne.” The author, though, wants us to think of it as a fairy tale.

Best to call this a fairytale then—though it really happened, or something like it. It is storybook Russia, not real Russia; a place never quite in perfect overlap with the daylight country of the same name. It is as near to it as a wish is to reality, and as far away, too.

It occurred to me that by writing not a review of the book, but a bit of literary analysis that attends closely to Spufford’s insistence that Red Plenty is a fairy tale, I might be able to share some of the power of the book, as well as show off some of Spufford’s careful crafting of his narrative. Calling Red Plenty a fairy tale is not a way of dismissing its importance. It is a way of heightening it. And throughout the text, Spufford uses the presence and absence of fairy tales as a way of conveying the emotional and cultural toll of the Soviet dream.

Spufford has a few reasons, I suspect, for wanting readers to think of Red Plenty as a fairy tale. As he notes in his acknowledgements, “I wrote this book without being able to speak or read Russian. I have therefore been able to draw on only a fraction of the available material, and readers should be aware that what they find here reflects the limited universe of sources that happen to have been translated into English; often, translated into English during the Cold War, as part of the West’s anxious guesswork about Soviet developments.”

Soviet economic data are notoriously inaccurate, and I expect that another layer of fallibility is added when those data are translated by a nervous Cold War America. So, calling Red Plenty a fairy tale allows Spufford to explore his subject while remaining aware—and signaling to his readers—that he doesn’t have the language skills one would expect for a full academic treatment, and that the data and sources upon which he is relying are a little more like “data” and “sources.”
But throughout Spufford’s work, fairy tales appear as more than a mitigating explanation for the book’s creative amalgam of fact and fiction. Spufford’s introduction explains why they are such a preoccupation:

Tales supplied what the real country lacked, when villagers were telling them . . . the stories dreamed away reality’s defects. They made promises good enough to last for one evening of firelight; promises which the teller and the hearers knew could only be delivered in some Russian otherwhere.
And so when Spufford describes one Krushchev’s speeches, we are instantly alert to the language of fantasy and the promises of a real-life end of the scarcity.
“In our day,” Nikita Khrushchev told a crowd in the Lenin Stadium . . . “The dreams mankind cherished for ages, dreams expressed in fairytales which seemed sheer fantasy, are being translated into reality by man’s own hands.” . . . Humanity’s ancient condition of scarcity was going to end, imminently.
The Soviet fantasy is the fairy tale fantasy: the end of scarcity. And with the end of scarcity comes the end of the human need to imagine and tell stories about the end of scarcity. When the fairy tale is real, we don’t need the story anymore.

This is when Spufford’s use of fairy tales becomes most intriguing. Again and again, Spufford shows us characters looking for a fairy tale parallel in their lives, or trying to tell a story and failing. The promises of the State have replaced the fantasies of the fairy tales, and stories are dying.
Some comrades seemed to think that fine words and fine ideas were all the world would ever require, that pure enthusiasm would carry humanity forward to happiness; well excuse me, comrades, but aren’t we supposed to be materialists? Aren’t we supposed to be the ones who get along without fairy tales? . . . [People need] more money to spend, or else more of a world in which money was no longer necessary to ration out all the good things, because there were so many good things, all gushing out of the whatchamacallit, the thing like a cone spilling over with fruit. The horn of plenty.

The rapid transformation from stark realism to dreams of State-sponsored plenty to the inability to even remember the name of the magical item one wants to mock seems to me to be a perfect capsulization of the Soviet economic way of thinking. That failure of memory at the end of the passage tells us that as the State fantasy is offered, story is shoved out of the way. We see this failure again when Spufford takes us to the kind of small village gathering where folk and fairy tales would have ordinarily formed a large part of the evening’s entertainment.
“Go on, Grandad, give us a story,” someone said. “How’s your memory tonight? Got a whole one in there?”
“Well, I’ll try,” said the old man doubtfully. “In the thrice-ninth kingdom of the thrice-tenth land, there lives a poor man who had, uh, a miraculous horse. No, he bought the miraculous horse, he bought it with . . . Or was it a miraculous wife he had? Dammit, I used know all of ‘em. No, it’s gone.”
Even the epigraph to the final section of Spufford’s book—taken from the concluding lines of a Russian fairy tale—is an interrupted tale about an interrupted adventure. “The laborer awoke and saw that the princess, the flying carpet, and the magic tablecloth were gone. Only his walking boots remained.” The magical folk imagination has been almost entirely consumed by the dreams of the great Soviet state.

But the great plans fail, and the fairy tale of the Soviet state doesn’t have a happy ending. As this realization begins to dawn on the characters in Red Plenty, we see them return to more fully fleshed stories and to a better understanding of how they function. When the writer Sasha Galich—one of the first to realize the distances between the promises of the State and the lives of the citizens—comes to see his way through the fog of the propaganda he helps to create, he rediscovers the truth of fairy tales at the same moment he uncovers the lies of the State.

Drip by drip, these last years, he had understood more of what had been happening in his own time, just around the corner, just behind the scenes, just out of his sight, as if he had been a child in a fairytale wood who sees only green leaves and songbirds ahead, because all the monsters are standing behind him. Quiet conversations with a returned choreographer who’d survived his ten-year stretch on dancer’s strength. Confidences from . . . a secret policeman, blurred by the bottle . . . about the famous year of 1937 when the vanloads came in so fast for the bullet that the drain in the floor of the basement corridor sometimes blocked, and some poor sod had to fish in it, and pull out mush and bone chips and hanks of human hair. . . . [Emphasis added.]

When reality starts to look like this, the need for fantasy comes rushing back.

It seems to me, then, particularly important that one of the last exchanges in Spufford’s book is between a young boy and his mother as they discuss a book that he is reading. The year is 1968, which means the boy will be in the prime of his adult life when the Berlin Wall comes down and the Soviet Union dissolves. He is, in other words, the future. He is, in other words, us. And he says to his mother:

I’m just getting to the end of this science-fiction book, and they’re at a kind of place that gives wishes, like a genie, only it’s alien technology, and it’s very dangerous? And there’s a silly man and a tough man, and the silly man rushes forward and he makes this kind of enormous wish for everybody in the whole world to be happy, but the alien thing squishes him instead. And I was wondering, if it’s supposed to be a kind of a—kind of a . . . sideways picture. You know. Of here.

The views expressed on AustrianCenter.com are not necessarily those of the Austrian Economics Center.
hayek_admin2014-04-25T10:46:36+02:00