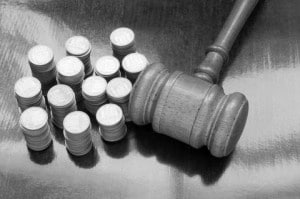 The Road to Serfdom had influenced her early on. And when she looked out on a Britain laid waste by 30 years of postwar nationalization and welfare statism, Margaret Thatcher knew that the old Austrian’s work had been nothing if not prescient.

It was in 1974, however, that F.A. Hayek became relevant again for Thatcher. Britain’s economy was in torpor. The people were dependent. Great cities were covered in rust and barnacles left by the ghost of Keynes. And even as Hayek’s ideas smoldered in her subconscious, it wasn’t until Hayek received his Nobel that his ideas were rekindled in Thatcher and her party.

The views expressed on AustrianCenter.com are not necessarily those of the Austrian Economics Center.
hayek_admin2019-01-14T06:09:20+01:00