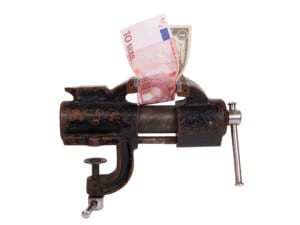 by John E. Charalambakis
The Age of Michelangelo, Raphael, Leonardo da Vinci, and High Renaissance was followed by the age of Mannerism, known by its artificial qualities. Two of the main characteristics of Mannerism are compositional tension and instability. Do those attributes ring a bell about the markets since the dawn of the financial crisis? There seems to be little doubt that the markets have been superficially sustained by high power money/reserves that the central banks are circulating. We need realism to be infused into the marketplace now that signs of turbulence shake up the belief that central banks can sustain an inverted credit pyramid that has so many collateral holes.
Continue reading…..
The views expressed on AustrianCenter.com are not necessarily those of the Austrian Economics Center.
hayek_admin2019-01-14T06:10:12+01:00