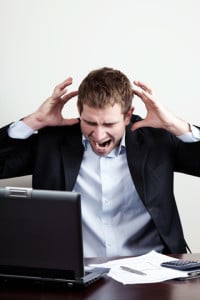 …So said Jay Carney about his aloof boss President Barack Obama on Sunday. Curiously, those were the same words used by Secretary of Veterans Affairs Eric Shinseki, in testimony before the Senate Veteran’s Affairs Committee last week. General Shinseki indicated he was mad at the allegation, that if “they are true, they’re completely unacceptable to me, to veterans.” If? Where has the General been? Come to think of it, Mr. Obama used the qualifier “if” when he spoke to reporters on Wednesday. Where’s the outrage!

This is an Administration supposedly led by the “smartest guy in the room” and is allegedly comprised of Washington’s version of Master’s of the Universe.” Yet, the whole crowd bears remarkable resemblance to Alfred E. Neuman who chose not to worry because he chose not to know. It is amazing how Mr. Obama has learned of each scandal from the press, whether Fast and Furious, the IRS, the NSA and now the VA. (The White House created the Benghazi cover-up, so Mr. Obama would have a hard time convincing people that he learned of that scandal from the press.) Like all Presidents, Mr. Obama is kept insulated, but, as President, he sets the ethical tone.

Problems at the VA did not originate under Mr. Obama, and he certainly did not just learn of them last month from CNN, as claimed. In 2008, his transition team was alerted to scheduling and wait-time problems, and Mr. Obama promised to improve conditions. On Tuesday, Fox News reported the American Legion found a 2010 memo from a top VA official referring to “inappropriate scheduling practices” as “gaming strategies.” In 2012, a “Wildly Important Goals” program was implemented at the VA, which assured veterans needing medical care they would receive an appointment within two weeks of a request. Since the stated goal could not be achieved, hospital administrators created a paper system that had veterans wait 6-20 weeks before their name would be entered as having requested an appointment. Once the calendar was freed up, the patients name was entered electronically into the queue, creating a record indicating that the actual appointment was within two weeks of having been requested. It was a scam that was unethical in its intent and dangerous to patients. Typical of this Administartion, the purpose was to high-light goals achieved regardless of means employed.

Last week’s public dismissal of Dr. Robert Petzel, Under Secretary for Veterans Affairs for Health was supposed to calm the waters, but Dr. Petzel who is 70 had already announced his retirement and was simply staying on pending his replacement. Asking Petzel to go a few days early should not satisfy Congress who are looking for the person (s) responsible, and will certainly not appease a public that has become increasingly infuriated. General Shinseki, who as Secretary of Veteran Affairs is a member of Mr. Obama’s Cabinet, is the one who should step down, despite his storied career as an army officer. He is a combat veteran of Vietnam and four-star general who served as Army Chief of Staff under Bill Clinton and George W. Bush. Nevertheless, he has served as Secretary of Veteran Affairs since January 2009 and it is difficult to believe that the standards he set and the moral leadership he displayed (or lack thereof) were not instrumental in what has been happening within the VA hospital system. While cabinet secretaries serve the President, they also have an obligation to the people.

The problems with the Veteran Administration extend far beyond the forging of data to make it look as though hospitals were meeting their appointment goals. The crux of the problem lies in funding. Mandatory spending, which includes all entitlements, and interest expense consume an ever increasing portion of the federal budget, effectively squeezing out money’s spent on defense and other discretionary items. Roughly 41% of the $163.9 billion requested by the President for the Veteran’s Administration comes from discretionary resources, the part of the budget that is being squeezed. The problem is worse because of increased demand. Medicine and technology have allowed veterans to survive wounds that would have been terminal in previous conflicts. Also, Vietnam veterans are aging, resulting in greater demand. That does not justify what was done, but indicates the scope and depth of the problem.

What started in Phoenix has not stayed in Phoenix. It has extended to at least 20 other hospitals. That still is a small percentage of the roughly 1700 VA hospitals in the system. Nevertheless, these hospitals serve those who put their lives on the line so that the rest of us can live in peace. This scandal has been a long time gestating. More than two years ago (and, inconveniently, in the election year 2012), Dr. Katherine Mitchell, a Veterans Affairs emergency room physician, warned Sharon Helman, incoming director of the Phoenix VA Health Care System, that the Phoenix ER was overwhelmed and, thus, dangerous. Dr. Mitchell was told she had “deficient communication skills” and was transferred out of ER. In September 2013, Dr. Mitchell filed a confidential complaint intended for the VA Office of Inspector General, a report that ended back at the VA. Dr. Mitchell was then placed on administrative leave. Other Phoenix doctor’s complaints were filed with the VA Office of Inspector General, including one by Dr. Sam Foote, an internist, who, in October 2013, wrote of data manipulation and the death of patients. Foote retired and became a whistle blower. Finally, on April 9 of this year, Rep. Jeff Miller (R-FL), chairman of the House Committee on Veteran’s Affairs spoke before a Congressional hearing of the problem at the Phoenix VA. On May 1, General Shinseki placed Sharon Helman and two others on Administrative leave. On May 21 President Obama publically addressed the issue.

In an attempt to seize the moral high-ground, Mr. Obama, somewhat imperiously (and certainly disingenuously) said on Wednesday: “it is important that our veterans don’t become another political football.” Everything in Washington is politics. Forging records was putting politics ahead of veterans. Calling to account those who have acted criminally is trying to make right something that was wrong. If that is political, sobeit. This unwillingness to accept responsibility for one’s actions is a deadly, infectious disease that has permeated our society. As repugnant as such behavior is – and such behavior knows no Party – it has become far worse under this President. Mr. Obama spent his first term blaming everything that went wrong on Bush. Since the House has been under Republican control, his inability to advance his agenda is now the fault of intransigent Republicans, along with his nemesis, Fox News. Unfortunately, but not surprisingly, this desire to escape responsibility on the part of our leaders has trickled down to an increasing number of Americans who have fallen into the dependency trap.

This Administration has been scandal prone, but has proved to be Teflon-like in their ability to weather scandals. But messing with our veterans has upset even the New York Times, which noted yesterday, in an editorial entitled “Troubles With Veterans’ Health Care,” “…the buck stops with Mr. Obama.” Whether the President assumes full responsibility and whether he is truly “mad as hell” remains to be seen. But I hope he is mad, because the rest of us are.

The views expressed on AustrianCenter.com are not necessarily those of the Austrian Economics Center.
hayek_admin2014-05-26T08:30:26+02:00