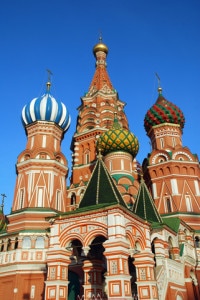 Yet, here comes the day when we realize how little it takes to thrust us out of our foetid complacency. Entering the Western sphere of influence, we sought to take on positive values – democratic standards, economic know-how, civil rights – but we also took on a total and complete lack of understanding of what totalitarian Russia is (in our case, it’s called amnesia) and a totally unjustified conviction that calamities, wars and invasions are problems inherent in Africa and Asia – certainly not in us.

Putin’s aggression towards our neighbour – Ukraine – makes it clear to us where Poland lies, what Russia is; and the worst, it hammers home what treaties and guarantees mean.

Ukraine, which after the dissolution of the USSR possessed a 700-thousand army and nuclear arsenal of weapons, trusted the signatories of the so-called Budapest Memorandum on Security Assurances. The USA, Great Britain and Russia promised to provide security assurances and territorial integrity to Ukraine, and in exchange, Ukraine gave up the stockpile of nuclear weapons. Today, when nuclear warheads are long gone, Russia rolls into Ukraine like to its own garage, and the signatories… hog the phones producing astronomic bills and calling up every place conceivable, while NATO has only plucked up the courage to issue some weird call for ‘de-escalation’ of military actions – Putin must be in stitches so hard that they can hardly keep the Botox in place.

Russians know the West like the back of their hand, as one Russian senator has put it: ‘Take no notice of those European politicians. They will wag their tongues for a while and then drop it.’

Even the initiative to boycott the G8 summit talks in Soczi is sabotaged by Angela Merkel in exchange for a flimsy promise to create a joint group for Ukraine. It is uncertain who the group will rank and what its competences might be – but what was plain was that during German Chancellor’s talks with President Putin, Russian troops continued military actions on the the Crimean Peninsula.

We did have some time to relish belonging to the West. Now we can start getting preoccupied by this very fact.

The foreseeable days will be decisive about the law and order of the whole world. We shall see whether it is worth giving up nuclear weapons in exchange for American and British guarantees – which will be closely watched by Iran, which is lured into getting rid of its nuclear stockpile by the very same guarantees. We shall make sure whether NATO is America’s sidekick for its business in Afghanistan and Iraq, or a true military alliance capable of maintaining world peace and curbing bullies’ unrestrained appetites. We shall also verify the gossip of the dissolution of the USSR and erasing the influence division in Europe arrived at in Yalta. Perhaps these revelations were just a gross exaggeration?

I wish I were wrong, but all the piece come together reminding of the Munich scenario, the defence of the Russian minority, Ukraine waiting for its allies to take action, the allied armies standing idle, the aggressor producing facts and a desperate fight to keep up pretences of law and order by the West. Either Merkel or Steinmeier looms as the new Chamberlaine and will soon proclaim that they have brought peace. It will be bought at the price of the partition of Ukraine, and Russian protectorate will take over the remains of its land.

There is a Russian minority in every post-Soviet nation. And justified Russian interests at stake – in every country of Central Europe.

It is no solution to wage a war against the country with nuclear weapon and not very civilised leaders. Neither is it putting up with their aggression. Kremlin’s regime is building its appropriate image by Olympic Games, G8 summit and membership in international institutions, where Putin, or Miedviediev come from and explain to their compatriots that Russia is as democratic as Germany, as powerful as America, that it is respected, and not considered ‘evil.’

But is it really compulsory for Russia to be a member of G8, Council of the EU or OSCE? Should close associates to the regime which purports aggression on its neighbour be welcome in countries respecting peace and human rights? Of course, not. Membership to certain clubs is guarded by certain conditions. The Republic of South Africa had been banned from hosting sports events until apartheid was done away with by unanimous ostracism. And Russia too should be isolated until it acquires characteristics of a country which respects the provisions of international agreements and ceases to be a threat to its neighbours.

If Europe and NATO don’t impose sanctions, and don’t isolate aggressors from Kremlin; if they trade Ukraine off for the it-really-was-the-last-time promise, and they don’t put their foot down – they will only show colonel Putin that there is no force capable of taming his imperialist appetite. And that he can safely fulfil his dreams of Soviet glory days of reclaiming central European colonies in front of everybody’s very eyes and with their silent consent. This is perhaps acceptable to the USA; but not to us.

But there is something to draw hope from in this wretched system. It is the public opinion that has shown more common political sense than its representatives, and has taken the Ukrainian problem into its own hands, since the moment when civil servants wanted to drop out of it – since the Vilnius Summit. It is thanks to pickets, demonstrations, appeals and journalism that our governments haven’t fallen into blissful idleness and excusing themselves with the all-time favourite: ‘It is not of our concern.’ It is the public opinion that refuses to believe that when Russian soldiers remove their military badges from their uniforms, they cease to be aggressors, which is what politics would gladly believe in. So, our last hope is that our journalistic mission, our activity, will render it impossible to give up on Ukraine and will defend Europe from colonel Putin.

The views expressed on AustrianCenter.com are not necessarily those of the Austrian Economics Center.
hayek_admin2014-03-06T11:03:48+01:00