Hold on to your enema, this is big, mad, government 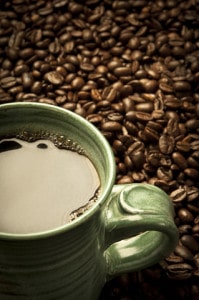 From the ongoing horror of Britain’s National Health Service, through spending $30 million to collect $1 of tax in Germany, to the regulation of coffee enemas in Japan the stupidity of big government never ceases to amaze.

While I mostly focus on bad government policy in the United States, I also think we can learn lessons from what’s happening in other nations.

In some cases, I share positive stories, such as the success of privatized Social Security in Australia, nationwide school choice in Sweden, and genuine spending cuts in the Baltic nations.

In most cases, though, I’m pointing out bad policy. Some topics deserve special treatment, such as the ongoing horror story of government-run healthcare in the United Kingdom.

In other cases, though, I share one-off stories about government incompetence and stupidity.

*Such as taxpayer-financed friends for mass murderers in Norway.

*Financing a giant “Burger Boy” in the United Kingdom.

*Regulation of coffee enemas in Japan.

From Canada, we learn that the government of Manitoba is micro-managing daycare lunches in such bizarre ways that a family was fined because “grains” weren’t included in their kids’ meals.

“Kristin Barkiw of Rossburn, Manitoba, Canada brought two of her children home from Little Cub’s Den daycare when she saw that her kids were sent home with a note. …the message told the mom she had failed to provide a nutritionally balanced lunch for her children, 5-year-old Logan and 3-year-old Natalie.

“Not only that, Kristin was fined $10, $5 per child, for missing grains in their lunch of leftover roast beef, carrots, potatoes, an orange and milk. Further, the note said that the daycare staff gave Logan and Natalie Ritz crackers to fulfill the nutritional requirement of grains, which some see as a less than nutritious option. The nutritional regulation for daycare lunches is actually law in the province. The Manitoba government’s Early Learning and Child Care lunch regulations state that daycare programs must ensure children are given a lunch with a meat, a grain, a milk product and two servings of fruit and vegetables and any missing food groups must be supplemented by the care provider.”

Heaven forbid that parents actually be in charge of what their kids eat!

You won’t be surprised to learn that France is on the list. It appears the government’s rail system is staffed by numbskulls.

“France’s SNCF rail company has ordered 2,000 trains for an expanded regional network that are too wide for many station platforms, entailing costly repairs, the national rail operator said on Tuesday. A spokesman for the RFF national rail operator confirmed the error, first reported by satirical weekly Canard Enchaine in its Wednesday edition. …

“Construction work has already begun to displace equipment and widen hundreds of train platforms to accommodate the new trains, but hundreds more remain to be fixed, he added. …The RFF only gave the dimensions of platforms built less than 30 years ago, but most of France’s 1,200 platforms were built more than 50 years ago. Repair work has already cost 80 million euros ($110 million).”

I guess I’m not surprised by that story since the French once built an aircraft carrier with a flight deck that was too small.

In Sweden, a novelty tourist hotel made of ice will have to install fire alarms.

“The Ice Hotel, which is rebuilt every year in northern Sweden out of enormous chunks of ice from the Torne River in Jukkasjärvi, Kiruna, will this year come equipped with fire alarms – and the irony isn’t lost on the staff. “We were a little surprised when we found out,” hotel spokeswoman Beatrice Karlsson told The Local. …While it might sound crazy that a building made of water needs to be equipped with fire alarms, the fact that the hotel is built from scratch every year means it needs to abide by the rules that apply to every new building, rules set by the National Housing Board (Boverket).”

If I had to pick a prize from today’s list, this might win the prize. It’s a stunning display of government in action. Though probably not as bad as the time it took a local government in the U.S. two days to notice a dead body in a community swimming pool.

And from Germany, we have a story about massive cost overruns incurred by a pan-European bureaucracy that supposedly helps encourage fiscal discipline.

“It was meant to cost £420m of European taxpayers’ money but the bill for the new headquarters of the European Central Bank (ECB) has more than doubled to £960m and could rise even further. The bank is the key enforcer of austerity measures in the troubled eurozone nations, but appears to be having trouble keeping its own finances in order. The 45-storey glass and steel building, made up of two joined towers, will be more than 600ft tall when it is finished. But it has already been under construction for a decade and is three years behind schedule.”

Of course, it goes without saying that cost overruns and delays are par for the course with government.
Just in case anyone thinks I’m picking on foreigners, here’s a story that makes me ashamed to be American. Or, to be more precise, it makes me ashamed that we have some of the world’s most pathetic bureaucrats.

“Honors Night at Cole Middle School is no more. Parents got an email from Principal Alexis Meyer over the weekend saying some members of the school community “have long expressed concerns related to the exclusive nature of Honors Night.” The email goes on to say students will be recognized in other ways. …

“Parents and students are not happy with the change. “How else are they suppose to learn coping skills, not just based on success, but relative failure, it might not be failure, but understand what it takes to achieve high levels,” said parent Joe Kosloski. …“That made me wanna work harder and a lot of other people work harder, so just the fact you can’t work towards it anymore then there is no goal,” said 8th grade student Kaitlyn Kosloski. Changes are also being made to the middle school’s sports awards.”

You read correctly. They also won’t recognize athletic success. I guess everyone gets a participation medal.

Except, of course, we still single out kids who commit horrible crimes in school. Such as having toy army men, eating a pop tart the wrong way, building a motion detector for a school science experiment, or countless other “offenses” that trigger anti-gun lunacy by brainless bureaucrats.

The moral of these stories, both f