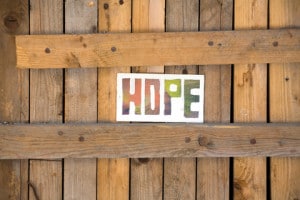 In order for a civilization to function there are certain pillars, which are required. The first pillar is security, which is needed to protect lives and property, and to provide stability. The second is laws or contracts that define behavior and resource use. The third is some form of judicial system to arbitrate the disputes that inevitably arise between individuals and groups. Zonas de Empleo y Desarollo Economico (Zone for Employment and Economic Development) or ZEDE is a project being implemented in Honduras as an attempt to create an autonomous city with a separate judicial, legal, and security system from the rest of Honduras.

For most of recorded human history subjects or citizens were provided these services by a state, which reserved a monopoly on violence for itself. The citizens of the state usually considered their rulers legitimate, whether they believed their right to rule came from God (the divine right of kings or divine rulers), or from the “just consent of the governed.”

Just like anything in life, there are some products and services which are better than others. If you can only access one provider, and you’re forbidden from using any other providers, it can be difficult to imagine that a better product or service could be out there. Imagine if while growing up your mother was terrible at cooking meat loaf. You might dislike the dish, and eat it only when nothing else is available, but let’s say you were invited to dinner at your friend’s house, and his mother made meat loaf. You try it out of respect for your host, and find to your surprise that it is delicious! You’d never had anything else to compare your mother’s meat loaf with, but now that you have you find you clearly prefer the meat loaf at your friend’s house.

Those of us in the freedom movement have a tendency to have a negative worldview. This is understandable as we see the freedoms we once enjoyed being eroded by power-hungry governments. But we have many reasons to be positive. Chief among them is the Internet. For the majority of human history most people had been confined to the territory they were born in, never realizing that there may be a better way of doing things out there. This vast network of ideas, and the incredible improvements in communication over the last two centuries has accelerated freedom, and technology faster than any government can squash them. People are realizing that there are better forms of law, security, and judicial systems than the ones they have been born under, and that there are freer jurisdictions than the ones they may be living in.

We’re seeing exciting movements like the Free State Project in New Hampshire, and the Free Province Project on Prince Edward Island. One of the most exciting of these projects is the ZEDE project in Honduras. The Honduran congress passed legislation that will allow for the creation of separate economic jurisdictions with security, legal and judicial systems that would be separate from the rest of Honduras. The ZEDE project is an attempt to create a series of autonomous zones similar to Hong Kong, Dubai, or Shanghai, which allow more freedom and market competition. The advisory board for the creation of these zones is full of Austrian school apologists. Multiple zones could be created depending on the success of the first.

Now, ZEDE is not about creating Anarcho-Capitalist jurisdictions. There is however a strong possibility that competing jurisdictions would arise. Indeed there is already talk of Home Owner’s Associations in the country using smart contracts, private arbitration, and private security. This represents a significant improvement in the feedback mechanism that states everywhere currently lack.

Even more encouraging is that El Salvador and Nicaragua are now looking at joining Honduras in implementing their own version of a ZEDE jurisdiction around the Gulf of Fonseca, which is surrounded by all three countries. The leaders of all three nations have agreed to work together to make the area a hub for investment and development, even going so far as to direct their Navies to ensure no military incidents occur in the region. This represents a huge departure from the tense stand-offs of the past between these nations over incursions into each other’s territorial waters.

Honduras is like an alcoholic that has reached rock bottom. The nation has the highest murder rate in the world, and one of the lowest per capita GDPs. The people are so poor and miserable that they are willing to send their children unaccompanied, or in the hands of strangers, thousands of miles to an uncertain life, because they are sure that it must be better than where they live. Even the politicians have become desperate enough to give up some of their power, and give markets a chance.

The project is not without its detractors. Socialist activists in the country are worried this could be another form of fascism, or neo-colonialism (and they could be right). Economist Paul Romer has withdrawn his support from the project because the Honduran government will not be partnering with the US government (which I believe speaks well for the project). Students and young people in the country are deeply skeptical of the plan because it comes from the government (can you blame them). Reason has done a great series on the progress of the movement.

I have no idea if the ZEDEs will be successful. Politicians are loath to give up power of any kind, and the recent collapse of Galt’s Gulch Chile is a sobering reminder that charlatans and incompetent people exist in the liberty movement, as well as the governments of the world. However, it’s exciting that the ideas of liberty and freedom are being widely recognized. People everywhere are looking for ways to implement these ideas. Whether it is through legislation or Agorism, we are all working toward the same goals, the right to live life as we see fit, and to be left alone in the process. I wish the project well, and if it is a success it could be the best thing any government has ever done, give up power and leave people alone.

The views expressed on AustrianCenter.com are not necessarily those of the Austrian Economics Center.
hayek_admin2019-01-14T06:13:19+01:00