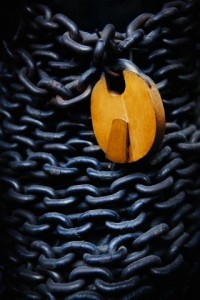 The proposition that business firms are entitled to patent protection when they have produced variations in the genetic structure of plants (GMOs) conveniently ignores the fact that the pre-existing plants had, themselves, arisen from modifications or adaptations provided by our ancient ancestors. Are a few privileged descendants of those whose earlier efforts produced, for the benefit of all mankind, an improved means for sustaining life, to be granted an inviolable claim arising from their tinkering with what has been handed down to them in common with the rest of mankind?

It is one thing for the seller of seeds to insist upon a property interest in the bags of seeds it has produced and continues to own until such time as it exchanges its ownership claim with a buyer. Until the claim is transferred, the seller continues to exercise the control that is essential to ownership, a control that is then transferred to the buyer. But, analogizing to common law copyrights, the subsequent sale of its seeds would seem to constitute a “publication” of the content of these seeds and, with it, the loss of control. The metaphor of such claims being “tossed to the winds” finds literal expression in efforts by firms such as Monsanto to prosecute patent claims against farmers whose lands were unwanted recipients of Monsanto seeds blown onto them from other farms. The social implications of GMO patents may prove to be the Achilles-heel in the entire field of IP. As asked earlier, to the extent IP interests arise only by way of grants from the state, how can such claims be defended on the basis of libertarian principles grounded in individual liberty and respect for private property?

There are many other costs associated with IP that rarely get attention in cost-benefit analyses of the topic. One has to do with the fact that the patenting process, as with government regulation generally, is an expensive and time-consuming undertaking that tends to increase industrial concentration. Large firms can more readily incur the costs of both acquiring and defending a patent than can an individual or a small firm, nor is there any assurance that, once either course of action is undertaken, a successful outcome will be assured. Thus, individuals with inventive products may be more inclined to sell their creations to larger firms. With regard to many potential products, various governmental agencies (e.g., the EPA, FDA, OSHA) may have their own expensive testing and approval requirements before new products can be marketed, a practice that, once again, favors the larger and more established firms.

Increased concentration also contributes to the debilitating and destructive influences associated with organizational size. In addressing what he calls “the size theory of social misery,” Leopold Kohr observes that “[w]herever something is wrong, something is too big,” a dynamic as applicable to social systems as in the rest of nature. The transformation of individuals into “overconcentrated social units” contributes to the problems associated with mass size. One sees this tendency within business organizations, with increased bureaucratization, ossification, and reduced resiliency to competition often accompanying increased size. Nor do the expected benefits of economies of scale for larger firms overcome the tendencies for the decline of earnings and rates of return on investments, as well as the maintenance of market shares following mergers. The current political mantra, “too big to fail,” is a product of the dysfunctional nature of size when an organization faces energized competition to which it must adapt if it is to survive.

Walter Adams has provided a good overview of the impact of government regulation in fostering increased size.

In this era of big government, concentration is often the result of unwise, manmade, discriminatory, privilege-creating governmental action. Defense contracts, R and D support, patent policy, tax privileges, stockpiling arrangements, tariffs and quotas, subsidies, etc., have far from a neutral effect on our industrial structure. In all these institutional arrangements, government plays a crucial, if not decisive, role.

A common response of business firms to their own reduction of competitive resiliency occasioned by increased organizational size has been to call upon the state to create and enforce standardized business practices and products, as well as to restrict entry into industries and professions.

The state’s creation of patent and copyright interests doesn’t, by itself, prevent innovation by others, but it does erect hurdles that often discourage research (e.g., the fear of defending a patent infringement suit, the possibility that the Patent Office might reject a subsequent application in the same product line as the previously patented creation, or the concern that one firm’s patent for preliminary research results might inhibit another firm from pursuing subsequent research). The “traditional enemies of innovation,” one observer has stated, are “inertia and vested interest,” factors contributed to by the government practice of providing some inventors protection from competitors.

When the coercive powers of the state are invoked to benefit some and to restrain others, the creative processes will always suffer and, as a consequence, so will the vibrancy of a civilization. The tendency of such behavior is to restrain the liberty of individuals to act within parameters suitable to established interests. To so constrain creativity would be akin to forcing painters to confine their work to within the boundaries of paint-by-the-numbers kits. Creative behavior depends upon synthesis and cross-fertilization, processes facilitated by what Arthur Koestler referred to as “creative anarchy.” The science philosopher, Paul Feyerabend, was even more forceful in his insistence upon unfettered liberty in fostering understanding. He noted that “[s]cience is an essentially anarchistic enterprise,” and that “theoretical anarchism is more humanitarian and more likely to encourage progress than its law-and-order alternatives.” He went on: “there is only one principle that can be defended under all circumstances and in all stages of human development. It is the principle: anything goes.” He then added that the “[p]roliferation of theories is beneficial for science, while uniformity impairs its critical power. Uniformity also endangers the free development of the individual.”

As experimentation with and the resulting production of genetically uniform crops continues, intelligent minds would do well to recall such lessons from history as provided by the Irish potato famine, the destruction of Ceylonese coffee plantations, and more recent damage to American corn and grape crops. Plants that were faithful copies of their own genetic organization (i.e., clones) might have enjoyed short-term benefits, but lacked a sufficient diversity to allow them to respond effectively to blights, diseases, and other conditions to which they were unaccustomed. Perhaps a million or more deaths in Ireland have been directly or indirectly attributed to the potato crop’s genetic lack of resiliency.

The threats to human survival implicit in the structured uniformity of systems upon which life depends are enhanced by the uncertainties inherent in complexity. The study of chaos informs us that complex systems are subject to too many variables, interconnected factors to permit predictions of outcomes. As Koestler and Feyerabend have reminded us, creativity is a process that depends upon individuals being free to experiment, and to find connections between or among the numerous — and often unseen — factors that make up our complex world.

The views expressed on AustrianCenter.com are not necessarily those of the Austrian Economics Center.
<span class="vc