How Laissez-Faire Made Sweden Rich 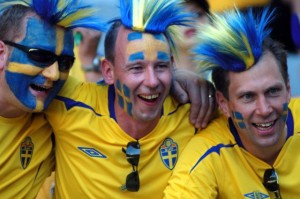 Once upon a time I got interested in theories of economic development because I had studied a low-income country, poorer than Congo, with life expectancy half as long and infant mortality three times as high as the average developing country.

That country is my own country, Sweden—less than 150 years ago.

At that time Sweden was incredibly poor—and hungry. When there was a crop failure, my ancestors in northern Sweden, in Ångermanland, had to mix bark into the bread because they were short of flour. Life in towns and cities was no easier. Overcrowding and a lack of health services, sanitation, and refuse disposal claimed lives every day.

The views expressed on AustrianCenter.com are not necessarily those of the Austrian Economics Center.
hayek_admin2019-01-14T06:41:58+01:00