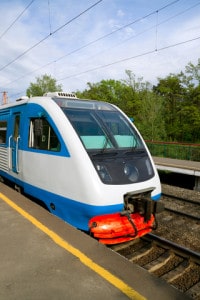 The nexus between big government and big business rarely stinks more pungently than when it comes to major public infrastructure projects. HS2 is stupid and it’s corrupt

If you’re going to waste vast amounts of public money, do it in style. Be stupid, be corrupt, and bankrupt the next generation. In a nutshell, that’s the high speed rail link project, HS2, being pushed by the three main parties at a cost of 50 billion pounds (or about five times that if this cretinous plan ever goes to completion).

Let’s do this in order: stupidity, corruption, and bankruptcy.

This isn’t just about the very small amount of time that would be saved on a trip, for example, from London to Leeds. These days, the journey to Kings Cross takes about two hours and 15 minutes. Even if you believe the spin, HS2 would only save about 50 minutes. In other words, the 50 billion pound bill still leaves you with a journey you wouldn’t make unless you had to. For most people it’s still too long for a commute, for instance.

But that’s not the heart of the stupidity, which is that the HS2 project completely misunderstands the digital revolution. Even the slow coaches should be able to see that the economy of the future is going to be defined by digital not analogue ideas. And one of those ideas is that you can work from your home town without needing to go into an office, whether that office is in London or just down the road in Manchester.

There will be a cultural lag, of course, meaning that it will take a generation or two before it fully takes place. But it’s inevitable that it’s coming. So the whole idea that we need to make (functionally insignificant) improvements to the time it takes to get from town X in the north of England to London is frankly backward.

But then again, let’s not forget the corruption. The nexus between big government and big business rarely stinks more pungently than when it comes to major public infrastructure projects. All around the democratic world you’ll find bridges to nowhere, resurfaced highways that were done for five times the real cost, or just plain old road works that go on for ever without being completed.

This happens because there are interest groups that the politicians pander to, whether they be companies offering kickbacks, unions pledging funding, or a million other things in between. One way or another, the politicians benefit, the big companies benefit, and you get screwed. It happens all the time, which is why this lot think they can get away with HS2.

And as for the third element we raised, the bankruptcy, let’s keep in mind two things, shall we? First, 50 billion pounds is a heck of a lot of money. Someone’s going to have to pay for it. But second, if the final bill for this project comes in at less than 250 billion you’ll be able to tell the grandchildren you witnessed a miracle. Major public works almost always cost far more than the initial budget suggests.

If you think you’ve heard that before, it’s because you have, time and again.

So, that’s HS2; that’s the deal: a quarter of a trillion smackers; straight down the toilet. Don’t know about you, but we reckon that’s a pretty good reason not to vote for any politician who supports it

The views expressed on AustrianCenter.com are not necessarily those of the Austrian Economics Center.
hayek_admin2014-04-30T12:26:13+02:00