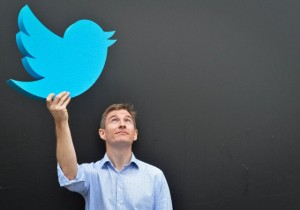 “College is increasingly being defined narrowly as job preparation, not as something designed to educate the whole person:” so said Pauline Yu, president of the American Council of Learned Societies, as quoted in last Thursday’s New York Times. The front-page article in the Times was headlined, “Interest Fading in Humanities, Colleges Worry.”

A decline in the percentage of students studying the humanities was the subject of two reports last spring. On May 31, Harvard issued a report, “The Teaching of the Arts and Humanities at Harvard College: Mapping the Future.” A second study, released in June from American Academy of Arts & Sciences, indicated that the number of students majoring in the humanities nationwide has dropped from 14% in 1970 to 7% today. (At Harvard, including history as one of the humanities, the decline has been from 36% to 20 percent.)

While the reports caused handwringing among some academicians and columnists, Princeton history professor Anthony Grafton, in an article in the July 1, 2013 issue of The Chronicle of Higher Education, puts some of those concerns into perspective. He noted that humanity enrollments in the 1940s and 1950s were at levels similar to today’s. Michael Bérubé, director of the Institute for Arts and Humanities at the University of Pennsylvania, wrote in the same issue of the Chronicle that enrollments in the humanities rose from 14% in 1966 to 18% in 1970. Most of the decline, according to Professor Bérubé, happened between 1970 and 1980. Professor Grafton concluded that what we are witnessing is not so much a decline in the humanities as a whole and at Harvard, “but one of a large-scale fluctuation with a bubble in the middle.”

The last time humanities’ enrollment was this low, in the late 1940s, the economy (and the age of many students) played a role. The GI Bill allowed returning veterans to attend college, in a once-in-a-lifetime opportunity. Most were older. Several were married and they all wanted to get on with the job of being a civilian. An education was the best means. The Bill, which expired in 1956, provided cash payments for tuition and living expenses for all veterans who had spent at least ninety days on active duty and who had been honorably discharged. Today’s anemic economy, with high unemployment and tuition costs, has created uncertainty. It is unsurprising that aspirant but nervous students would look at college more as job training than as a place to get a rounded education.

But comparing today’s humanities courses with those of the late 1940s and early 1950s is contrasting apples to oranges. For example, “cultural studies” have replaced English departments at some universities, as professors teach what is politically correct and trendy – women’s literature, hip-hop, comic books – rather than Aristotle, Herodotus, Shakespeare or Milton. Historically, humanities consisted of English literature, philosophy, religion, western civilization and history. Those courses, as David Brooks wrote in a June 20 op-ed for the New York Times, focused “not only on the external goods the humanities can produce (creative thinking, good writing), but also on the internal transformation (spiritual depth, personal integrity).” Today, according to the NCES (National Center for Education Statistics) the study of humanities includes ethnic and gender studies, along with the visual and performing arts. In his June 20 op-ed, Mr. Brooks added that “humanities turned from an inward to an outward focus…Liberal Arts professors grew more moralistic when talking about politics, but more tentative about private morality because they didn’t want to offend anybody.”

Changing dynamics are causing colleges to adjust.  John Tresch, a historian of science at the University of Pennsylvania, was quoted in the Times article: “There’s an overwhelming push from the administration to build up the STEM (science, technology, engineering and math) fields, both because national productivity depends in part on scientific productivity and because there’s so much federal funding for science.” Tamar Lewin, in the same article, wrote: “Some 45% of the faculty members in Stamford’s main undergraduate division are clustered in the humanities – but only 15% of the students.” Stanford appears to be a case of resource misallocation. Harvard is looking to reshape its first-year humanities courses to sustain student interest. Wake Forest has integrated its career-service department into its curriculum.

Any discussion of a decline in humanities leads to the question of the purpose of education. The question has become more imperative, with soaring tuition costs and continuing high unemployment among college graduates, especially for those with degrees in the humanities. Jennifer Levitz and Douglas Belkin, writing in the June 6, 2013 edition of the Wall Street Journal, reported that the unemployment rate for recent graduates with degrees in English was 9.8%. It was 9.5% for those with history and philosophy majors. In contrast, it was 5.8% for chemistry majors and 5.0% for graduates with degrees in elementary education. For comparison purposes, the unemployment rate for recent college graduates is 7 percent.

A survey, “Is college worth it?” was conducted by Pew Research in 2011. They interviewed more than 3,000 adults aged 18 and older, including presidents of several two and four-year private and public colleges. Forty-seven percent of respondents said the main purpose of a college education is to teach work-related skills, while thirty-nine percent said that it allows students to grow personally and intellectually. The answers were skewed according to the education of the responder – those without a four-year college degree tended to look upon college as a place to develop work-related skills, while those with graduate degrees favored college as a growing and learning experience by 56% to 26%. Interestingly, and I believe notable, character was valued by the respondents as being more important than college. In terms of what it is “extremely important” to succeed in the world, 61% mentioned work ethic, 57% cited the ability to get along with people and only 42% said a college degree.

Our high schools are regularly judged to be inferior to schools in other parts of the world, as detailed in two reports: Trends in International Mathematics and Science Study and Progress in International Reading Literacy Study. A renewed emphasis on STEM has been pushed by many, including President Obama. MOOCs (massive open, online courses) have been among the private sector’s response. However, our universities are always included among the world’s best. In QS World University Rankings, a British company that specializes in such studies, seven of the top eleven universities (Princeton and Cal Tech were tied for 10th spot) are in the United States – the other four, not surprisingly, are in England. Tellingly, five of the highest ranked American universities are ones in which the humanities make up more than double the nation’s averages – Harvard, Yale, Stanford, University of Chicago and Princeton.

A problem with today’s world is that, while we read as much as we ever did, we no longer have time for the close-reading practices that were common in my growing-up years. We skim the news, read e-mails, text-messages and IMs, scan the internet, and glance at postings on Facebook, LinkedIn and Twitter. David Mikics, professor of English at the University of Houston, claims the shift away from classics started in the late 1960s, “when traditional literature and poetry were jettisoned at many universities in favor of hip-hop, fashion ads, graphic novels, comic books – whatever facilitates sloganizing about gender, race and class.”  But it is the proliferation of information that makes finding the needle so difficult. Buckminster Fuller, architect and futurist, noted that in 1900 knowledge doubled every 100 years. By 1945, knowledge was doubling every 25 years. Today, estimates are that information doubles every 12 months – much of which is redundant or useless. IBM expects that to shrink to every 12 hours in a few years. How will our grandchildren cope?

Studying traditional humanities provides students the opportunity to read and study some of the greatest minds that ever lived. A study in western civilization allowed a student to experience vicariously every imaginable emotion, through the plays of Shakespeare, and to understand some of the earliest concepts of democracy and liberty by way of the writings of Thucydides and Plato. How can anyone understand the concept of representative government without reading Edmund Burke, or free market capitalism without looking into Adam Smith? The Federalist Papers provide an understanding of the thinking that went into our Constitution and the mechanics of our government. That human behavior is timeless is something one learns through reading the classics, like Dickens, Shakespeare or Jane Austen. Yet only recently has knowledge of behavior become common in the study of economics. In a time of moral relativism, a moral sense is relevant and ageless, as one learns from reading Greek and Roman mythology and the Bible. Of course, the teacher is crucial to one’s learning experience. Lee Siegel, New York writer and cultural critic, wrote last summer. “[While] the British scholar Frank Kermode kindled Shakespeare into an eternal flame in my head – there were countless others w