The Importance of Entrepreneurs: An Interview with Deirdre McCloskey

Deirdre N. McCloskey taught at the University of Illinois at Chicago from 2000 to 2015 in economics, history, English, and communication. A well-known economist and historian and rhetorician, she has written 17 books and around 400 scholarly pieces on topics ranging from technical economics and statistical theory to transgender advocacy and the ethics of the bourgeois virtues. Our Kai Weiss exchanged e-mails with her to talk about the importance of entrepreneurs in society. 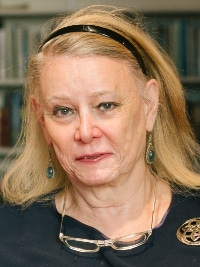 Kai Weiss: Why do we need entrepreneurs? What is their role in a free society?

Deirdre McCloskey: We need entrepreneurs to decide what to do. The only alternative is governmental bureaucracy, which is good for national defense and a few other things, but very bad at most of what we do, from room rental to rock music. The entrepreneuse only succeeds if people like what she does, and agree voluntarily to pay for it. A free society is one of choice. Entrepreneurs give choice, bureaucrats crush it.

What framework and institutions do entrepreneurs need to thrive?

Not much. The framework and institutions, such as the rule of law applied to enterprise, can only survive if people have bought into an entrepreneurial ethic. Only if people approve of other people making profit from commercially tested betterment can we have free and rich societies. If people are angry and envious about entrepreneurs, we get socialism in one form or another.

Is it possible to have entrepreneurs in a socialist system?

No, because the contest then is about who controls the bureaucracy, the system of compulsion, not about who will pay voluntarily for goods and services an entrepreneur provides. In socialism we have fixers, judges, lobbyists, politicians, rent seekers. In a free society we have producers.  The one is about zero sum, the other about positive.

Are there certain traits that can be useful for innovators?

Yes, the virtue of courage combined with prudence and a pinch of hope. We call such a virtue “enterprise.” But every society has such people to more or less the same extent. So the proper focus is not on psychological traits, but on the attitudes of others towards such traits. What matters is the politics and especially the sociology, a widespread ethical approval for enterprise.

Is profit playing the key role in a market economy?

Certainly. A profit tells the entrepreneur that what she is doing in providing room rent or rock music is a good idea, judging “goodness” by what people are willing to pay. The only alternative to that is bureaucracy. In a small society of love such as a family, compulsion without profit works fine. In a big society, not.

Is it a justifiable concern, however, that it is unfair that billionaires sit on their money, while others starve because they don’t have enough food?

Of course it’s unfair, and the billionaire should be ashamed of himself. Many of them are, especially in places like the USA in which there is a deep tradition of “the gospel of wealth.” But the unfairness does not imply a public policy. Taking from him and giving to the poor does not work well. It’s much better to let him exercise his entrepreneurial abilities for the good of us all. It’s unfair that I don’t have Wittgenstein’s brain or Selma Kurz’s voice. But the fact has no implications for public policy, except to let me buy their services voluntarily.

In many parts of Europe, entrepreneurship isn’t an overly popular career goal. In fact, most students in countries like Germany or Austria seek a safe job environment at government institutions. Why is the role of the entrepreneur so diminished in today’s culture?

In the German-speaking lands, yes, with the possible exception of Switzerland. The last hundred years has been a sustained attack on an enterprise-admiring civilization. We need to see that enterprise is not evil.

What can we do to champion entrepreneurship and innovation again?

This interview was first published in Germany in the sixth issue of Peace Love Liberty, the official magazine of European Students for Liberty Germany.

Deirdre McCloskey taught at the University of Illinois at Chicago from 2000 to 2015 in economics, history, English, and communication. She is the winner of the Austrian Economics Center’s Hayek Lifetime Achievement Award in 2014.

The questions were asked by:

Kai Weiss is a Research Fellow at the Austrian Economics Center and a board member of the Hayek Institute.