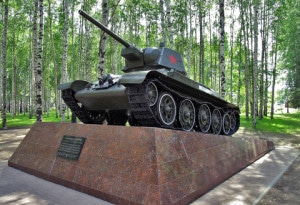 Russian president Vladimir Putin’s power grab and annexation of the Crimea has filled global news headlines as he attempts to reverse what he has called the “greatest geopolitical catastrophe of the twentieth century” – the collapse of the Soviet Union. But it needs to be remembered that this conflict has its deeper roots in two ideas that have plagued the world for over two centuries: nationalism and government interventionism into economic affairs.

In the early years of the nineteenth century the new nationalist idea of self-determination in establishing in what country people should live was considered a logical extension of the general idea of individual liberty and freedom of choice.

Just as an individual should have the liberty to guide his own life according to his own values, beliefs and ideals; just as he should be free to peacefully associate with whomever he chose on the basis of commonly shared goals or mutually beneficial exchanges; so, too, individuals should have the freedom to choose in what political state they wanted to live.

Freedom and the Government Under Which to Live

The (classical) liberal ideal included, therefore, the individual’s right to freedom of movement. That is, if an individual chose to move to another country to live, work or visit, and as long as he was peaceful in his conduct and paid his own way, then there should be no legal barriers preventing him from freely migrating from one part of the world to any other.

Thus, if a person did not agree with the government under which he was living, or considered himself in some way oppressed or persecuted by that political authority, he should have the freedom to “vote with his feet” and move to a political jurisdiction more to his liking and desire.

However, it was also argued that people should not necessarily have to leave their home and country due to oppression and control by an arbitrary and tyrannical government under which they lived. They should be able to influence and determine both who held political office in that country and through them the policies implemented by that government. Thus, arose the advocacy of representative government in place of absolute monarchies claiming to rule by “divine right.”

It was also argued, as stated in the American Declaration of Independence, that when a government has become oppressive, and after many reasonable and peaceful attempts for a redress of their grievances, individuals have a right to replace that government and form a new one that will respect and enforce their respective inalienable rights to life, liberty and honestly acquired property. This was the American Founding Father’s rationale for revolution and breaking away from Great Britain, and in forming their own new nation and political system.

Self-Determination and the Right of Peaceful Secession

But why should men have to resort to and bear the human and material costs of violent change if they no longer wished to live under a particular political authority? Thus, there arose the idea of a right to peaceful secession.

If a group of individuals who shared a set of common values and beliefs, or a similar language or culture wanted to form their own political country independent of the one that they had belonged to up to that time, or be joined with another existing political country through a territorial transfer, they should be free through peaceful plebiscite to make that decision.

The fundamental premise of this right to secession was that of the individual’s right of self-determination. This was explained with great cogency by the free market Austrian economist, Ludwig von Mises, in his book, “Liberalism” (1927):

“The right of self-determination in regard to the question of membership in a state thus means: whenever the inhabitants of a particular territory, whether a single village, a whole district, or a series of adjacent districts, make it known, by a freely conducted plebiscite, that they no longer wish to remain united to the state to which they belong at the time, but wish either to form an independent state or to attach themselves to another other state, their wishes are to be respected and complied with. This is the only feasible and effective way of preventing revolutions and civil and international wars . . .

“This is impracticable only because of compelling technical considerations [in the provision and enforcement of police and justice], which make it necessary that a region be governed as a single administrative unit and that the right of self-determination be restricted to the will of the majority of the inhabitants of areas large enough to count as territorial units in the administration of the country.”

The Collectivist Turn to National Self-Determination

That is, the unit of decision-making was not the individual, but “the people” as a whole defined as a national group sharing some characteristic such as a common language, culture, religion, ethnicity or race, and an often presumed shared “national homeland” over a particular geographical area.

Once established, the government representing that national group was to use its political authority to enforce the use of a particular language or to educate and indoctrinate all inhabitants of this “nation-state” into the cultural customs and traditions of that national group through government schooling, propaganda, and restrictions on the introduction of “alien” cultural influences – regardless of the wishes of the individual citizens of that country, including those who may happen to make up a linguistic or cultural minority in that nation-state.

Often in European history, national governments harshly discriminated against linguistic, ethnic or religious minorities within their national borders. Regulatory procedures have been used to restrict members of such a minority group from entering and practicing certain professions, occupations, or trades. Taxes have been imposed in an apparently “neutral language” that, in fact, ended up targeting certain sectors of the economy containing many members of the minority group, and thus placing them at a competitive disadvantage relative to the majority national group.

Economic intervention by the government through taxing and regulatory procedures and practices can and have imposed biased burdens on individuals and minority linguistic, ethnic and religious groups under the cover of “preserving” the majority national group’s cultural, linguistic, or historical heritage.

Here we see the “national self-determination” and government interventionist dilemmas in the current international crisis between Russia and Ukraine. This part of Europe never had the opportunity to fully absorb and integrate the ideas of “the West” concerning the political philosophy of individualism, personal freedom, private property, respect for contacts, and the general, impartial rule of law.

The Collectivism of Imperial and Soviet Russia

Carried over from both the older imperial era of Russia before the Bolshevik Revolution as well as the nearly seventy-five years of communist control and economic planning has been the notion that the sole purpose of government is to plunder others in society through political privileges, favors and “connections” with those in authority.

In old Russia under the absolute monarchy, the Czar was the ruler and nominal owner of all land and property on it. Possession was not a “right” belonging to the individual, but a privilege bestowed upon a person and his heirs for as long as it served the “pleasure” of the Czar.

Both commoner and nobleman were subject to having all that they possessed taken back by the Czar if they fell out of favor due to criticisms or opposition to the wishes of the absolute ruler. This could include exile to the vast wastelands of Siberia.

Following the communist revolution of 1917, all privately owned land and capital were confiscated and transferred to the new revolutionary