“Inequality – The Siren Call of Progressives” 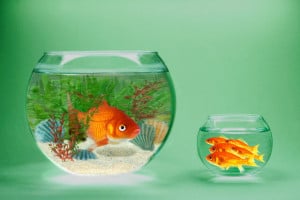 As Americans, we are all equal, yet unequal. Most world leaders preach equality but practice inequality. Exhibit number one is our President. Everybody realizes the Presidency is taxing and the job demands periods of relaxation. Even so, the office is constantly with him. But, in spending in excess of $4 million of our tax money on a seventeen-day vacation in Hawaii, is there not a whiff of hypocrisy when he preaches that inequality is the big issue of our time? The median American worker will earn $1.7 million over his lifetime, according to the Bureau of Labor Statistics. Mr. Obama will have spent more than double that for his and his family’s Christmas vacation.

In sending Air Force One back to Hawaii to pick up his wife and her friends – she chose to spend a few extra days to celebrate her 50th birthday – the cost to taxpayers will be an additional $800 thousand. While we all want the President and first family to travel safely and securely, we have to admit that the 2014 Obamas are quite different from the 2009 version, when Mrs. Obama proudly displayed her J Crew wardrobe.

What is true for the President is true for most members of the Congress. When was the last time you saw a Senator or Representative wearing an off-the-rack suit from Sears? To borrow and skew a well-known phrase of Thoreau, most members of Congress live lives of not-so-silent sanctimony.

Politicians in socialist countries live very well off monies paid by taxpayers. Communist countries and other tyrannical nations keep most of their people equally poor. Vladimir Putin has an estimated net worth of more than $40 billion, yet has always earned a modest salary! We have all read of the exploits of Russia’s oligarchs and China’s “princelings.” In China, only members of the Communist Party – of whom there are about 85 million, or about 6.5% of the population – have a chance of living better lives. Of the 85 million members of the Chinese Communist Party, only 5.8 million represent ethnic minorities. Similar percentages are true for other Communist nations, like Cuba. When these alleged paragons of virtue complain about inequality they remove themselves from the equation. Practice what you preach is a Biblical message that has been used by successful business people for generations. However, it is a message that has evaded politicians.

Despite the soaring rhetoric of those like President Obama and Mayor de Blasio, no politician favors inequality. Some recognize it as the inevitable consequence of varying abilities, work ethics and aspirations. As citizens we are all equal. While the opportunities we are given do depend on our families and the communities in which we live, what we do with our lives is largely up to us. The New York Times recently ran a five-part series on Dasani, a twelve-year old homeless girl living on the streets of New York. She became a prop for Mayor de Blasio at his inauguration, as a symbol of his “Tale of Two Cities.” But, as Nicole Gelinas recently wrote: “She’s not homeless because other people are rich; she’s homeless because her mother and father are unemployed addicts.”

It is true that the top one percent earn a larger portion of the total income in New York than they did thirty years ago (while paying an even a larger percentage of taxes), but that is due to the success that New York has become. Thirty years ago the very wealthy were leaving the city for the suburbs, because of crime and grime. With crime down and streets cleaned up and garbage collected on time, they are coming and staying. Additionally, the relative political stability of the U.S. and a weak dollar have attracted foreigners, including Russian oligarchs and Chinese ‘princelings.’ Apartments and condominiums have been built to accommodate these immigrants and temporary residents that New Yorkers earning a million dollars a year could not afford. Nevertheless, they have generated high-paying construction jobs. New York has also attracted poor immigrants, as it always has. But in these cases that come for the opportunity that the City and the Country offer – the chance to climb the ladder. Tourism has increased, again thanks to the lower dollar and rising world incomes, generating demand for hotels and restaurants. While the latter typically offer lower-paying jobs, they are still jobs. New York’s inequalities in both wealth and income are, in part, a consequence of the City’s success over the past two decades.

But why is it when we talk of inequality, it is always in terms of money? What about family, health and happiness? There are so many ways to consider inequalities. Is not a child brought up in a well-to-do home, but with a single, working parent less “equal” than one brought up in a more modest household with two parents? While Dasani’s being homeless is a great wrong, even more important she lacks the love of caring, responsible parents. Her biological father is completely absent and her mother is a drug addict, the daughter of an addict, and a woman with a long criminal record. Inequality is the symptom, not the disease. A society that downplays moral values is more likely to produce Dasani’s. That is true for the wealthy, as well as the poor.

The fantasy world Mr. de Blasio describes – expanded sick leave pay, more affordable housing, new community health centers, full-day universal pre-K schools, after-school programs for every middle school student –cannot be paid for by only asking those earning more than $500,000 “to pay a little more.” There are in New York, according to Bloomberg News, only 27,000 who earn at that level. If they are going to pay the tab, they will have to pay a lot more. More likely, if the Mayor gets what he wants, it will come on the backs of the middle class.

Meanwhile back in Hawaii, President Obama while playing some of the best golf courses in the state, as the United States was undergoing a “polar vortex,” claimed that inequality is “the defining issue of our time.” It seems more plausible that this issue, which is as old as man, is a “red herring,” a means of distracting attention from the rollout of ObamaCare, but more importantly from the failed economic policies of the past five years. The economy, which entered recovery before any of Mr. Obama’s policies had a chance to take effect, has been the worst recovery in at least half a century. An extended period of low interest rates has increased speculation and driven up commodity and equity prices, helping the wealthy. GDP growth has been subpar. The workforce has shrunk, despite population growth. And, the gap between rich and poor, whether measured by incomes or wealth, has widened under Mr. Obama’s watch. During those five years, besides controlling the White House, Democrats controlled the Senate. Also, they controlled the House for two of those five years. This record is his and theirs. They cannot blame it on Bush or on House Republicans.

Nevertheless, “inequality” has an enticing ring to it. It tempts even the hardest-hearts among us. Who wants to go on record as promoting inequality? To be against equality is to be against God, motherhood and apple pie. But, come to think of it, many on the Left don’t believe in God, and traditional motherhood has disappeared in a politically-correct world that encourages single-parenthood and same-sex marriages. And, of course, we know the PCs among us disapprove of apple pie for its surfeit of calories. Perhaps another analogy is called for?

All politicians lie, but Mr. Obama lies more than most. He does this because he cannot afford to allow the American people to fully appreciate what his desire to “transform” the country entails. He foresees something approximating European socialism, where the state assumes increasing responsibilities for the manner in which its subjects live. But Europe is different from us and they have had the benefit of the United States military power protecting them for many years against an aggressive Soviet Union and now against Islamic terrorists. Furthermore, a desire for equality should not be confused with a demand for equality. The former reflects our best characteristics, including decency and respect, all of which should be embedded in our DNA. The latter, however, requires a more dominant government. It will have consequences in terms of lower economic growth, higher unemployment and more dependency. It results in a less dynamic environment and, ultimately, in less freedom.

In a global sense this combat against inequality is manifested in a desire to have the United States become one of a community of nations, rather than serve as hegemon for free market liberalism. The collapse of the Soviet Union in 1989 thrust the United States into a unique rol