International Lecture “Hayek, the Rule of Law, and Spontaneous Order”

On June 6th / 2016 Nadia Nedzel J.D., LL.M. gave a talk at the Hayek Saal. She spoke about the relationship between Rule of Law and economic freedom. Following Friedrich von Hayek and Michael Oakeshott, she concluded that the concept of Rule of Law was more conducive to freedom than the one of Rechsstaat.

Professor Nedzel came to SULC from Tulane University School of Law, where she served for five years as the director of Graduate Legal Studies and Exchange Programs and lecturer in law, teaching Introduction to American Law and Legal Research and Writing to International LL.M. candidates. 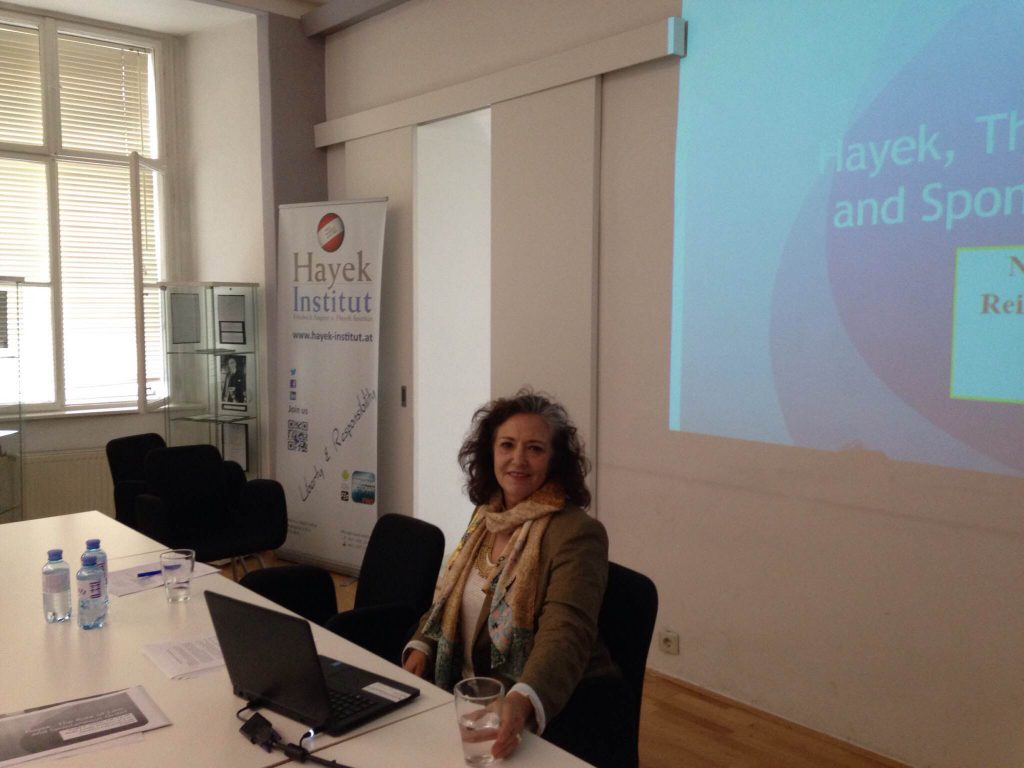 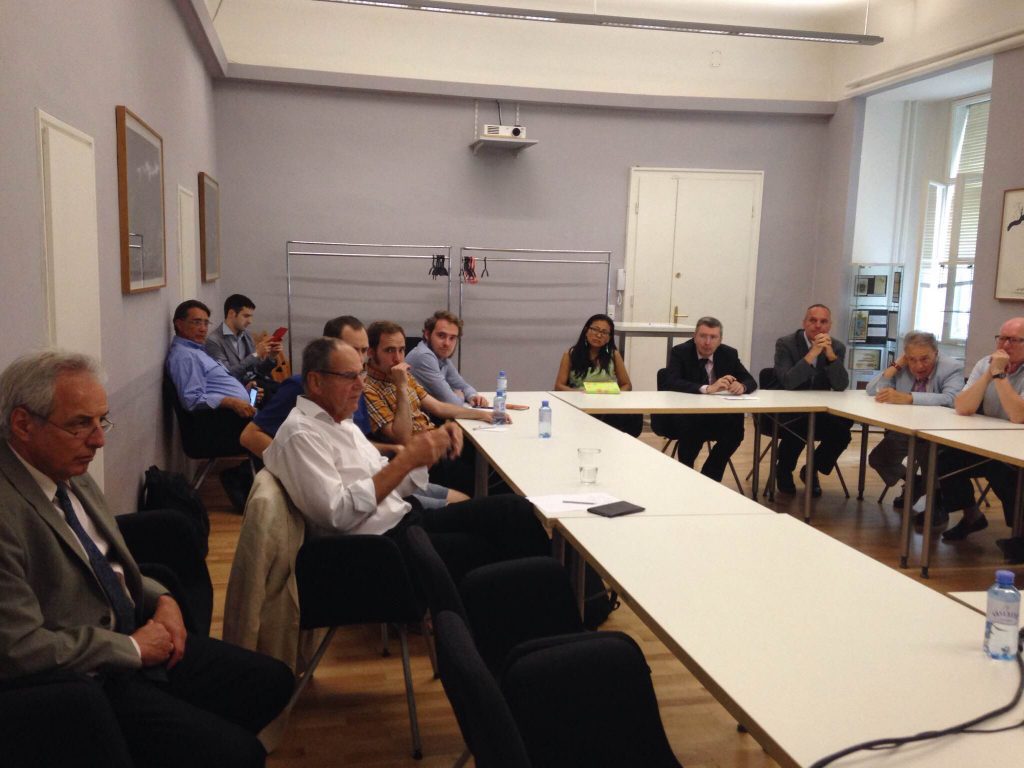 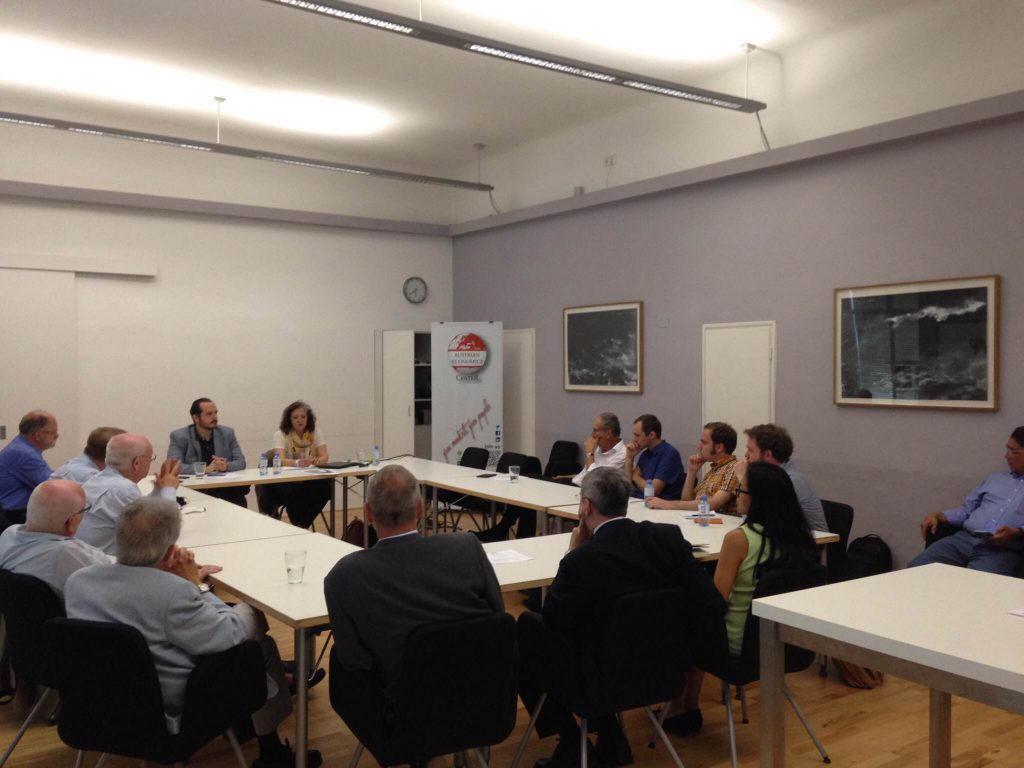 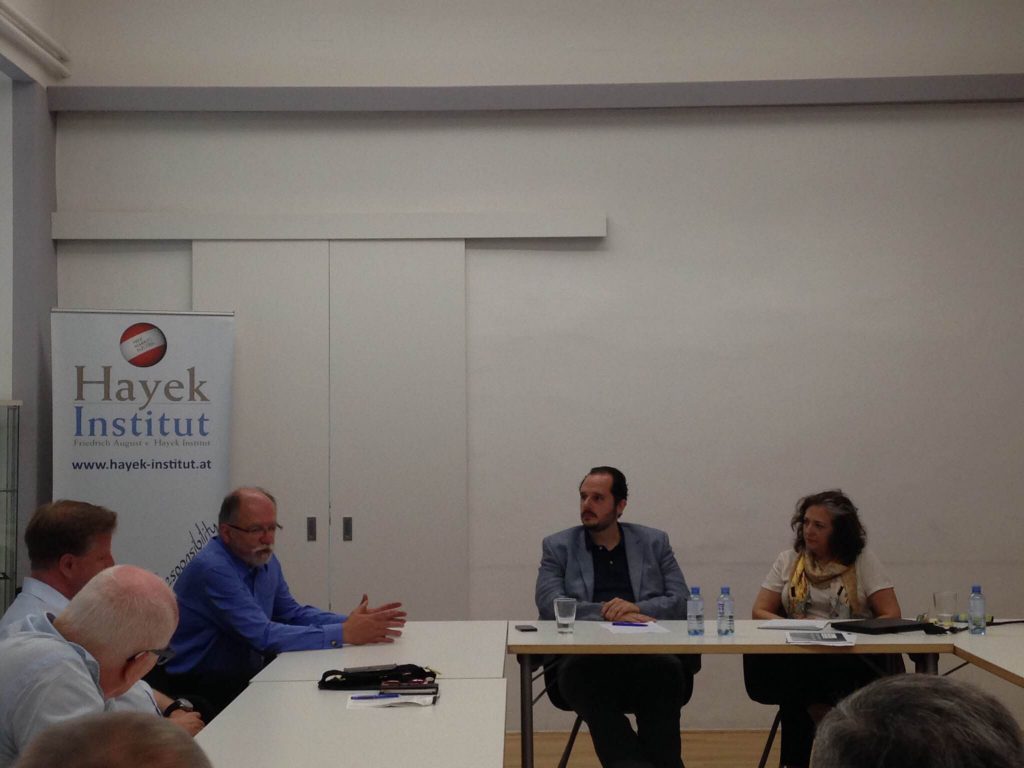 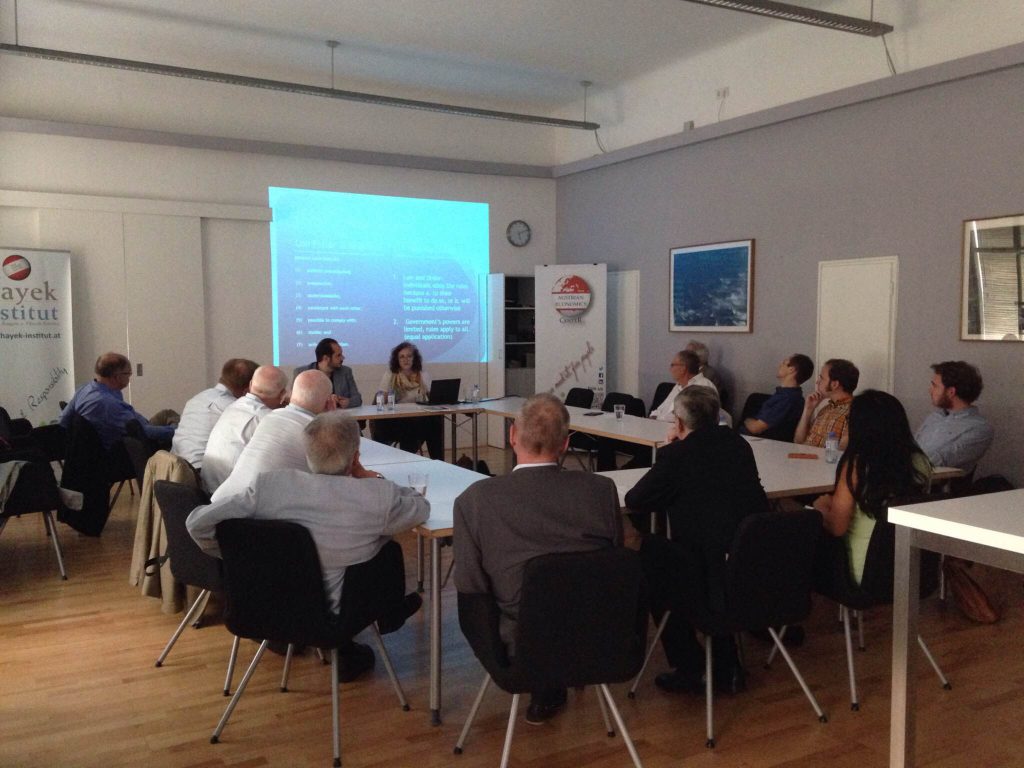 The views expressed on AustrianCenter.com are not necessarily those of the Austrian Economics Center.
Federico Fernández2019-01-14T05:55:28+01:00