Franco M. López spoke in our Hayek Saal last Tuesday October 20th, 2015. He is one of the authors selected for AEC’s Students Book Project “Let’s get our freedom back!” The title of his lecture was “The impossibility of central urban planning” and he criticized past and current attempts of centralized urbanism. “The functioning of cities demands a complex network, which is typical of emerging systems and consists of knowledge and human relations and interactions,” claimed Mr. López. He bases his approach on the intellectual grounds of two Viennese figures: the economist Friedrich A. von Hayek and the architect Christopher Alexander.

The International Lecture Series is organized in cooperation with European Students for Liberty Austria. 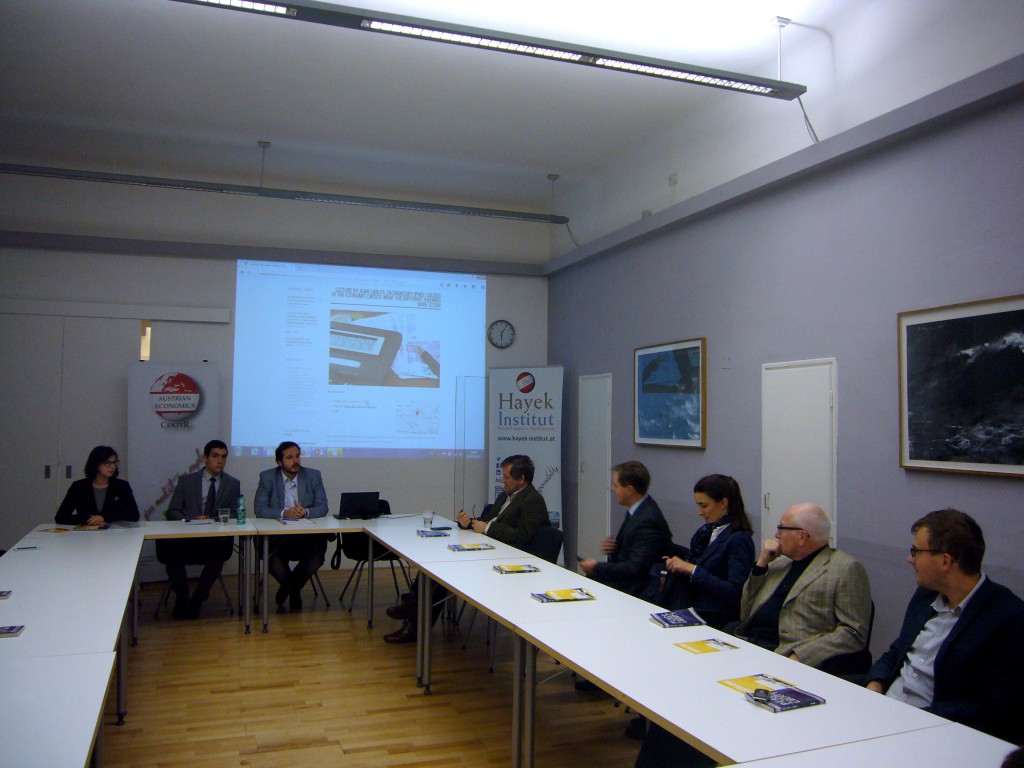 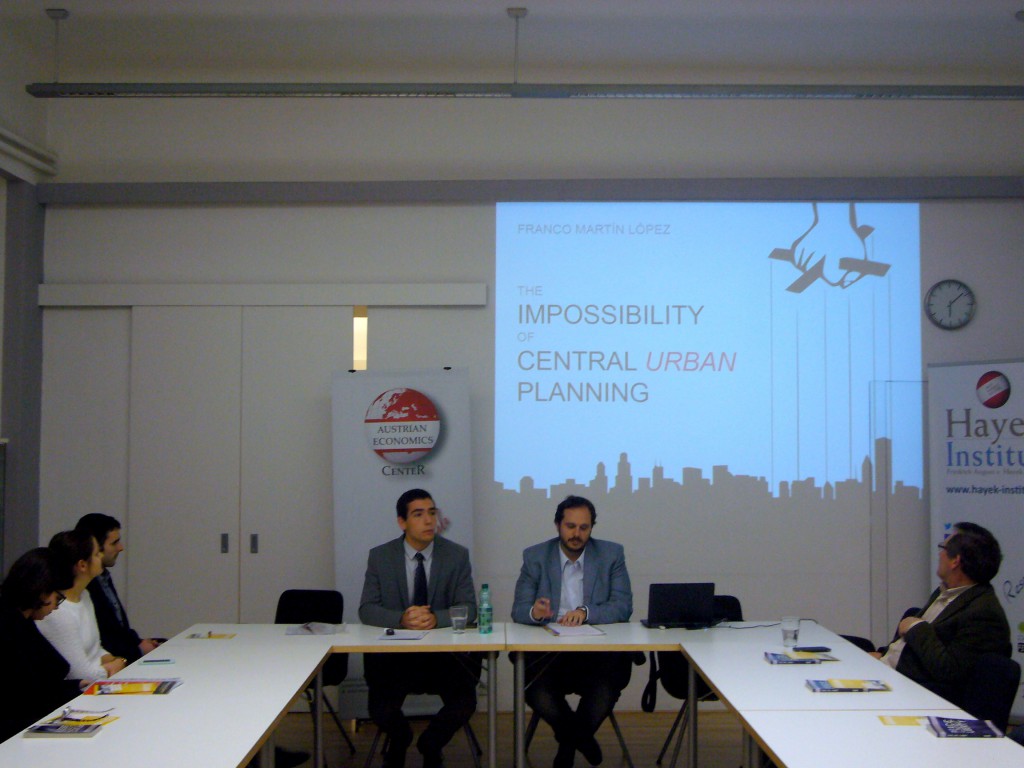 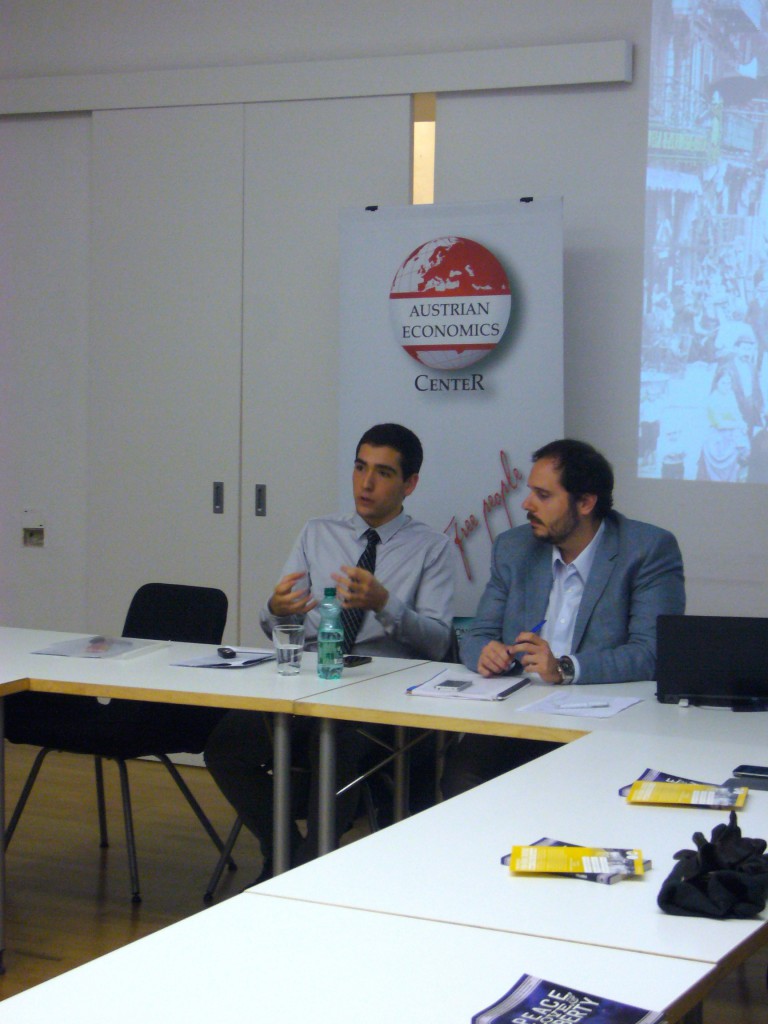 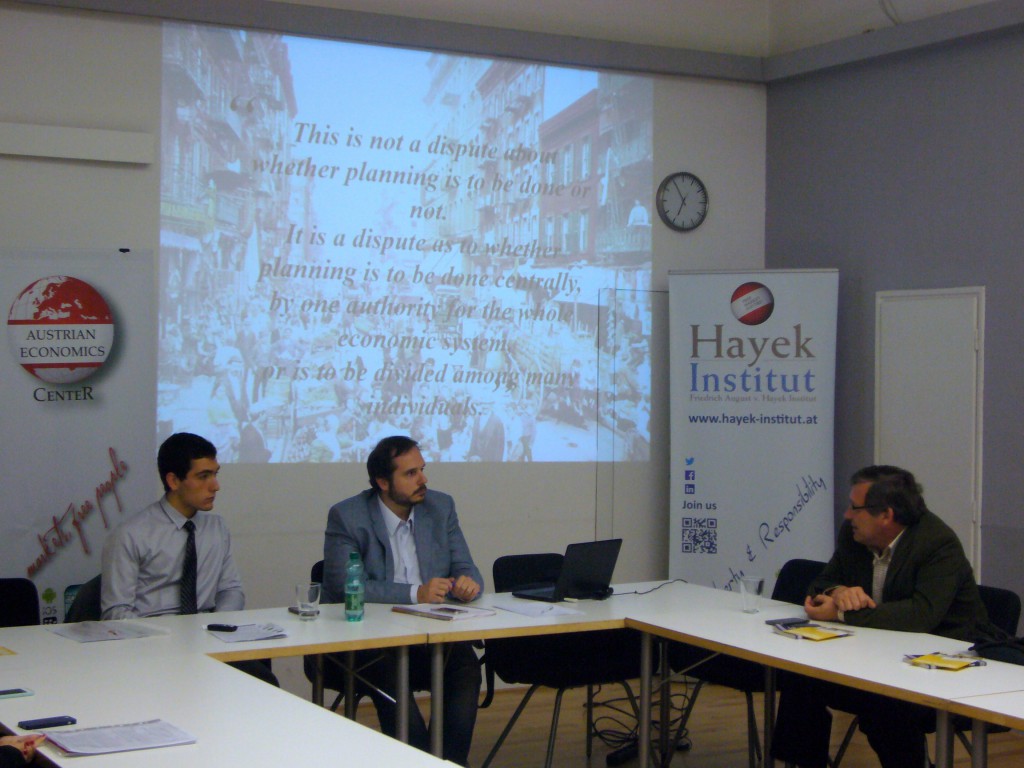 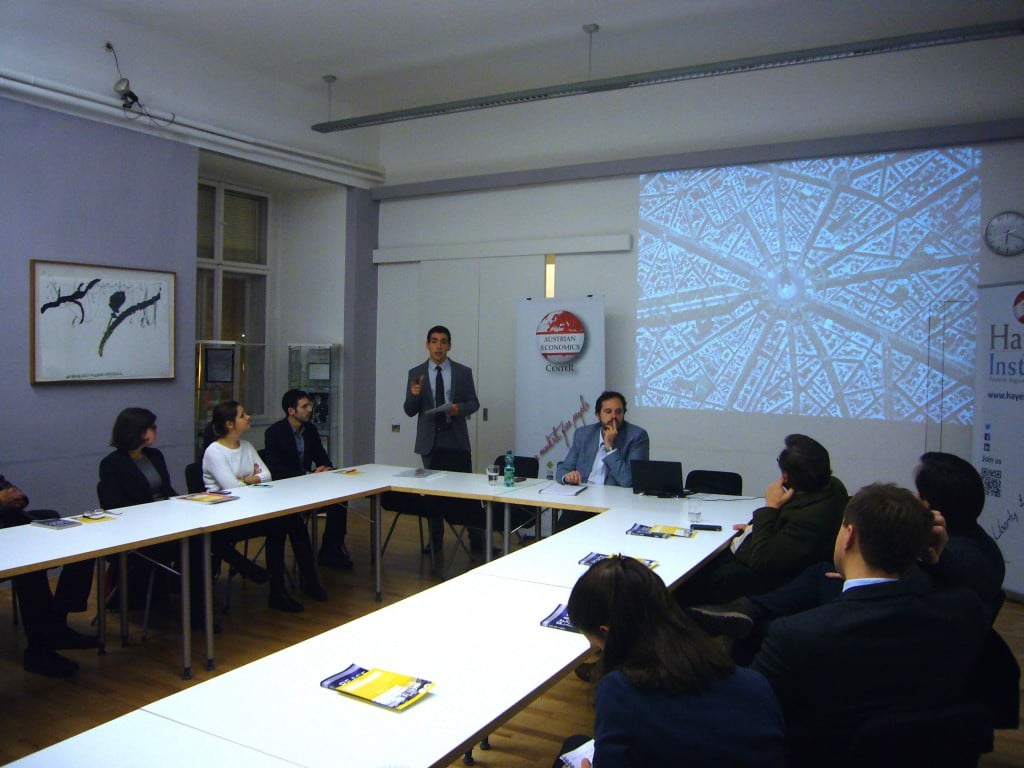 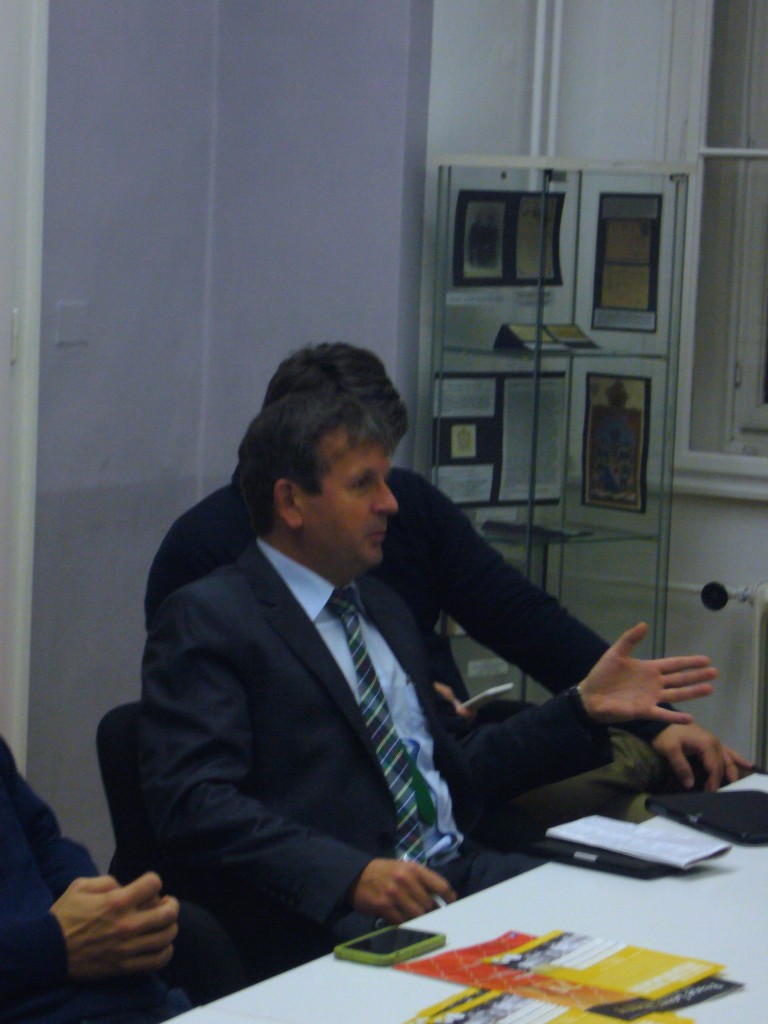 The views expressed on AustrianCenter.com are not necessarily those of the Austrian Economics Center.
Federico Fernández2019-01-14T05:59:07+01:00