“Iraq – Ten Years On, What its Detractors Forget” 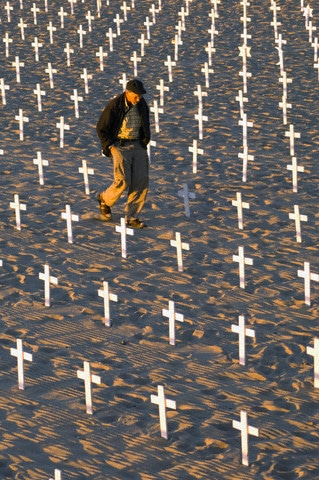 There is little question that the planners of the Iraqi invasion ten years ago last Tuesday did not adequately prepare for victory, or for the insurgents that persisted in harassing and killing our Iraqi Freedom forces. But, what has been lost in the persistent self-righteous condemnation of the Iraq invasion is how broad the support was at the time – including support from many who are now among the war’s most vociferous denouncers.

The concept of regime change in Iraq was clearly laid out in the Iraq Liberation Act of 1998, three years before the attack on 9/11 and four and a half years before the “pre-emptive” invasion. UN weapons inspectors had been recently expelled from the country by Saddam Hussein. The Act supported a transition to democracy, allocating $97 million to support opposition groups. It was passed by the House 360–38 and two days later received unanimous consent from the Senate. Two weeks later, on October 31, 1998, it was signed into law by President Bill Clinton.

We in the United States live somewhat separate from the rest of the world, isolated on two sides by oceans and on the north by a friendly neighbor, Canada. On the south, we are bordered by the Gulf of Mexico and Mexico. That relative seclusion has always risked us becoming isolationists and had led to a certain level of complacency at home. Of course we had been invaded in the past, but it was a long time ago. On August 24, 1814 British forces under General Robert Ross invaded and burned Washington, forcing President James Madison to scurry away, if only for the night. And on December 7, 1941 Japanese planes bombed the Pacific Fleet at Pearl Harbor. Hawaii, at the time, was a territory, not a state; nevertheless, the bombing was deemed an attack on the mainland. The terrorist bombing attack on the World Trade Center in 1993, killed six and wounded more than a thousand, but did not generate the anguish necessary for a solid, comprehensive response. But the attack eight years later on 9/11 did. Three thousand people were killed, as four planes were hijacked, three of which crashed into the World Trade Center and the Pentagon. If a suitcased-sized nuclear weapon had been placed aboard one of the planes, the damage would have been far worse.

In taking the oath of office, the President of the United   States swears to preserve, protect and defend the Constitution. That also means protecting the people he has been elected to represent. The attacks on 9/11 served as a wake-up call to our vulnerability. And we also knew we were living in a world in which terrorists and nuclear weapons were proliferating. While one could not directly connect a secular terrorist like Saddam Hussein to the Islamic terrorists that killed so many, the world knew that he had used chemical weapons on his own Kurdish people, and that he had boasted of pursuing nuclear weapons.

As head of the Ba’ath Party and then as President of Iraq, it has been estimated Saddam Hussein killed between a quarter of a million and a million people over a twenty-five year period. During the 1988 Anfal campaign against the Kurds, Saddam used chemical weapons in forty villages. In March of that year, using a combination of mustard and nerve gas, his men killed 5000 men, women and children in the village of Halabja. On one September day in 1996, his Red Guard executed 700 captured Kurdish soldiers in the town of Irbil. This was not your run-of-the-mill, tin-horn dictator. This was a fiend who spewed hatred toward the West and threatened his Arab neighbors. At the end of the first Gulf War, Saddam Hussein killed thousands of Shiites who had risen against him in the marsh areas of southern Iraq. He then proceeded to bulldoze the area, diverting streams and rivers from the marshes. In doing so, he destroyed a way of life that had existed for thousands of years. His heinous behavior explains why Nancy Pelosi understandably supported the Iraq Liberation Act of 1998 when she said (courtesy of the Wall Street Journal): “Saddam Hussein has been engaged in the development of weapons of mass destruction technology, which is a threat to countries in the region and he has made a mockery of the weapons inspection process.” Thank you, Nancy.

Selective memory is a condition that appears to be a requirement to serve in national politics. On October 5, 2002 – a little more than a year after 9/11 – and after three days of debate, a Republican House of Representatives, by a vote of 296-133, passed a resolution granting war powers to President George Bush against Iraq. The Democratic-led Senate passed the same resolution 77-23 after a week’s debate. Among Democratic Senators voting for the Resolution were Senators Joseph Biden and John Kerry. Unlike the major legislation passed by President Obama in his first term, such as the Affordable Healthcare Act and Dodd-Frank, President Bush secured these votes in a bipartisan fashion.

At the time of the actual invasion five months after the authorization by Congress, Pew Research showed 72% of Americans favored the war, while 22% were against it. (Today, finding someone who admits to supporting the war is like finding anyone who owns up to voting for Nixon in 1972, never mind the fact that he won with 61% of the popular vote and 97% of the electoral vote!)

As war loomed, everyone knew that Saddam Hussein was a dictator and menace. We knew that he had practiced genocide on Iraqi Kurds and that he had used chemical weapons. There was no question in most people’s minds that either Iraq had nuclear capability or was working on it. It was the message Hussein wanted people to hear. Politicians are not the only ones with selective memories. On December 6, 2002, the New York Times editorialized: “Iraq has to get rid of its biological and chemical arms…and abandon its efforts to develop nuclear weapons.” Two months later, the same paper again editorialized: “The Security Council needs full and immediate Iraq disarmament. It needs to say so, backed by the threat of military force.” This past Wednesday, the Times sang a different tune. In a phrase that reeked of hyperbolism, their lead editorial referred to the invasion as “one of the worst strategic blunders in American foreign policy.”

As we all know, there were no nuclear weapons; chemical weapons, if any, had been moved or destroyed. It was impossible for many on the Left and the Right, both politicians and media, to admit that their own investigations had yielded answers no different from that offered by the Administration. As popular support faded, it became easy to lay blame for the failure of their investigative reporting on a deceptive Administration. Who wanted to admit fault, when blame could easily be passed onto the Bush White House?

There is much that the Bush Administration did wrong in the execution of the war, but there are things they got right, especially the Surge, decided upon by Mr. Bush and executed by General David Petraeus. The Administration was right in arguing that a liberated Iraq would no longer be a threat to its neighbors, and that establishing a democracy in the middle of the Middle East would serve as a beacon to those struggling against dictatorships in Syria and Iran. No matter how many people personally despise George Bush, the facts don’t support the notion that “Bush lied” as being the reason for our involvement. Joe Wilson, touted by the Times and others as a reliable source, was proved a liar by a bipartisan Senate report. The truth of the matter is that we were all taken by the boasts of a dictator and his history of using venal weapons. One lesson from this sad affair is that in the imperfect world of intelligence mistakes are unavoidable.

Now we are faced with another question: have we left Iraq too quickly? Have we abandoned a people before they are able to care for themselves? In spite of our relative geographic isolation, and as attractive as retreating into a cocoon may seem, we have a responsibility to the world in which we live. If Iraq can no longer count on the United States, it is not unnatural that they would turn to their eastern neighbor, Iran – a mortal enemy of America. The late Christopher Hitchens, a brilliant essayist and polemist and not known as a conservative, was an unrepentant supporter of the invasion. He had seen what Saddam had wrought on Kurds and Shiites following the first Iraq War; he considered the war appropriate if it did nothing more than rid the world of the “brutal dictator, Saddam Hussein.” In the April 2007 edition of Vanity Fair, he wrote: “However, the fate of Iraq is to be decided, we cannot permit another chapter in this record of betrayal.” Given our hasty retreat, it seems that Mr. Hitchen’s fears will be realized.

“Thought of the day” by Sydney Williams