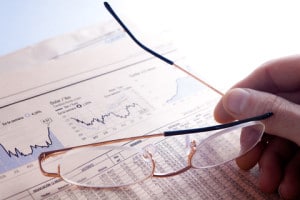 Neo-classical, common sense economics teaches that the division of national income between capital and labour works like a pendulum swinging back and forth between a high and a low according to the marginal product of the factors of production, labour, and capital. Technological progress is assumed to be neutral inducing no substitution of capital for labour or labour for capital. The productivity of each factor is an increasing function of the supply of the other factors. The supply of labour is broadly fixed and that of capital grows with the re-investment of profits and other savings.

Profit-maximising capitalism spends the marginal dollar on buying the factor with the higher marginal productivity and may sell or pay off the factor with the lower one, tending to equalize them. For the economy as a whole this determines the shares of labour and capital, with modest swings between them. However, if the supply of labour is elastic, excess demand for labour generates mass migration to the labour market, wages do not rise, and the share of capital keeps increasing.

During the Industrial Revolution, especially in England but to a lesser extent elsewhere in the western world, profits from workshops and mills grew, the owners re-invested them, and looked around for more labour to employ. Famished farm labourers, having almost nothing left to eat at the end of each winter, were glad to enter the industrial labour force at no increase in the industrial wage. Irish immigrants, streaming into the English Midlands, were only too happy to do the same. Until the last third of the 19th century, the urban labour force kept increasing and wage levels were stagnating, but they made good their lag in the last third of the century with an impressive rise in the standard of living of the labouring poor, second only to the vast increase of the stock of capital. Inequality between master and wage-earner expanded. It was not the cause of fast capital accumulation, but its effect. In that sense it was irrelevant, and “blameless” equality, or even a lesser inequality, would have been an absolute obstacle to the capital accumulation that made the industrial revolution a success. The underlying reason was the great elasticity of the supply of labour coming from rural England and Ireland which is what permitted the return on capital to go on rising and the stock of capital to expand sufficiently both to create jobs and to help make each job become more productive.

We have been witnessing a somewhat similar scenario which is perhaps not yet altogether finished. In the 1970s, the container ship and electronic mail have transformed local and regional markets into a world market and many non-tradable goods into tradable ones. At the end of the decade Mr. Deng Xiaoping rang the bell for the play to begin and for China to turn from communism to capitalism. The ensuing quarter century saw persistent double-digit economic growth in China and its surroundings with the migration of a billion or so very poor people in East and South Asia from the land to the towns in order to man burgeoning new industries. The elasticity of supply of labour was nearly infinite as long as it lasted. Wage levels started very low, crept up slowly, and rose in earnest only nearer our own day. During this period profits rose faster than the wage bill, lifting the stock of capital to a height which is turning out to be almost uncomfortable to manage. Some over-investment and excessive build-up of foreign currency reserves should perhaps have been avoided. In any event, however, accumulating capital to secure jobs for hundreds of millions while also making the jobs more productive, is a prodigious achievement, of which sharply rising inequality was an integrant part—an effect and not the cause. The effect was felt through the world economy mainly in the form of decades of stagnating wages for what is now called the “middle class”.

Krugman and Stiglitz: The Resource Cost of the Billionaires

The 19th century period of stagnating wages provoked an angry literature and dark prophecies about the future. Marx, Engels, and Proudhon were its standard-bearers. The second long period of wage stagnation that came with “globalisation” has likewise produced an “angry version” of economics, most notably some of the work of Paul Krugman and Joseph Stiglitz. This “angry economics” is deeply indignant about “middle class” income stagnating while the highest decile of the income scale is flying to ever dizzier heights. Thousands of commentators, echoing the standard bearers, are telling the public that there is something actually vicious about this runaway inequality, its causes being unfair policies of all kinds, unfair tax laws, evasion and avoidance, monopoly, and almost criminal financial speculation at the expense of the “real” economy. The implicit conclusion left with the public is that inequality results from the ill-concealed exploitation of the ordinary working man by a quasi-mafia of a tiny minority of ever more powerful owners and managers of capital. For reasons that are not very clear, this minority is growing smaller as it is getting richer, with billionaires multiplying faster than millionaires. The top of the top are being lifted ever higher above the top.

Much or most of this is backstairs and barroom nonsense. However, even if it were factually correct, it would be largely irrelevant. Inequality does not result from the clever and purposeful exploitation of the many by a few. The very notion of the billionaire exploiting Joe Bloggs by having his billion is confused and needs clarification.

Some fabulously rich people have puritanical habits and live almost as modestly as ordinary man. However, we are interested in what the wicked billionaire is doing. When Joe Bloggs buys a six pack of beer, the billionaire orders a few cases of vintage Champagne. He has a “life style” we learn about from picture magazines and television. He sends his children to expensive boarding schools. His womenfolk frequenthaute couture, and they have their suits made in London by the Saville row tailor who needs references before accepting a client as a respected customer. He has a Rolls Royce Phantom for the town and a custom-made Land Rover for the country. He has a valet and his wife employs a social secretary. He also has a little team of accountants to work on his tax return. The rental value of the town house and the country mansion may have to be added to it if the billionaire’s occupying them stimulates more luxury residential building in the neighborhood. We may call all this expenditure his “resource cost”. He appropriates and uses up resources that others could appropriate if he did not, and society would not have to produce if he did not use or use them up.

Let “champagne” stand for the gamut of resources that the billionaire uses or uses up. Let “beer” stand for the resources that Joe Bloggs absorbs. Now let a progressively-minded government get complete power over people’s income and confiscate personal income and wealth above some high figure. Left-leaning economists seem to imply that the confiscated incomes could be transferred to the middle class by purposeful policies. This is not the case. Before the confiscation, the very rich spent their income on “champagne” (i.e. met their resource cost) and the rest on investment goods either directly or via the securities markets. Once in the hands of the government, the sums in question could either continue to be spent as before, increasing public saving and public investment by the same amount as private investment decreased, or else they could be put to improving the balance of the budget. Either alternative would be irrelevant to the income of the middle class. In terms of comparative statics, inequality will have been reduced without any benefit to Joe Bloggs.

For the distribution of income to change in favour of the lower incomes, “beer” production would have to increase and “champagne” production to decrease. This does not seem to require too much of an industrial upheaval. Any larger redistribution, going beyond the resource cost of the rich, would be progressively more difficult to achieve. It would involve the partial shutting down of capital goods industries and a painful transformation to making the goods Joe Bloggs mainly consumes. Many economists have preserved from their students days a subconscious Keynesian belief that under-consumption is the ever-present danger. They might feel that such a massive redistribution of income and the concomitant shift from investment to consumption would not be a bad thing. However, it would be buying greater equality at a very steep price. Anything very much less, however, would make the rich poorer and the poor no richer.

The key that expl