Is Fascism Returning to Europe? 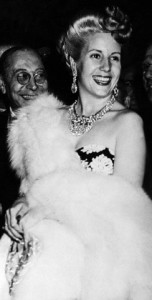 Authoritarian populism, long associated with Latin American regimes, is generally considered a thing of the past in Europe. But this view is misleading. While countries like Argentina and Venezuela have slowly begun to move away from the Kirchners’ brand of Peronist politics and Hugo Chávez’s cult of personality, a dangerous right-wing brand of populism is returning to Europe. Indeed, the rise of movements like Greece’s neo-fascist Golden Dawn party, and the violence and assassinations that have accompanied it, are far more worrying than the residual authoritarianism that pervades Latin American politics.

The views expressed on AustrianCenter.com are not necessarily those of the Austrian Economics Center.
hayek_admin2019-01-14T06:40:24+01:00