“It Didn’t Have To Be This Way” 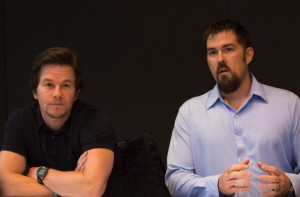 There is a scene in the movie “Lone Survivor” that says a lot about the character of American soldiers and about the attitudes of many at home. It is the point, early on in the movie, when a reconnaissance mission of four Naval Seals dropped into the mountains of Afghanistan is compromised by the appearance of an elderly goatherd, a teenager, a young boy and a tribe of scavenging goats.

The four Seals grab the three, hold them, and then debate their fate. They conclude there are three options. One, they could tie them up, but, as one soldier noted, they would likely be eaten by wolves. Two, they could kill the three men, but scruples interfere. Besides, as another notes, can you imagine the field day CNN would have once they learned that American soldiers had murdered three defenseless civilians! Three, they could let them go and try to reach the top of the ridge – and the ability to radio for help – before the 100 to 200 Taliban in the village came after them. They take the third option, and the consequence is that the teenager rushes down the mountain, the Taliban go after them and, over the next day and a half, three of the four men die and sixteen fellow Seals are killed when the rescue helicopter is shot down with a man-portable surface-to-air missile. The consequence of letting the goat herders go: nineteen of twenty Naval Seals dead, all because of a fundamental respect for life inbred in American servicemen.

The bombing and shootings in a Kabul restaurant a week ago was a reminder that we may run, but we cannot hide from the fact that fundamental Islamists terrorists remain intent on killing us and all who accept our values. Osama bin Laden may be dead, but the terrorist organization he led, al Qaeda, is like the Hydra of Greek mythology. When one head was cut off, two would grow in its place. We may all wish the War on Terror were over, but it isn’t and it likely won’t be for years. Al Qaeda is not in retreat. In fact, it is in resurgence in a volatile Middle East, as can be seen in Syria.

We can argue about the justification for the invasion of Iraq. There will always be those who find any war unjustified, many with good reason – the mother of a boy shot, or the young wife whose husband is blown up, or the child who will never see her father again. There are others who are simply pacifists by inclination. But most of us would agree that the world cannot be left to tyrants – that freedom is worth the price of war. The Second World War is generally cited as a just war. Nazism and Fascism were universally condemned. Since then, however, we have had a difficult time deciding what is justified and what is not.

We all realize that the men who attacked us on 9/11 and who steered those planes into buildings were members of al Qaeda. They were trained in Afghanistan and harbored by the Taliban. Our first troops, in response, were sent into Afghanistan within weeks. The Bush Administartion decided the enemy was ubiquitous, and as complex as he was illusive. The 9/11 attackers came from multiple countries in the Middle East, mostly from Saudi Arabia. President Bush argued that anyone who harbored terrorists should be considered an enemy. One who did was Saddam Hussein. The decision to invade Iraq received widespread support from both political parties and from a coalition of about forty countries. When weapons of mass destruction were not found, many detractors of Mr. Bush claimed that he had lied or misled the people. Yet, it is known that Saddam had used chemical weapons on his Kurdish subjects, especially in the city of Halabja and that somewhere between 50,000 and 180,000 Kurds were killed. In 1981, the Israelis were convinced he was close to developing a nuclear weapon, so they bombed the facility at Osirak. Human Rights Watch estimates that in his years in power, Saddam Hussein killed between 70 and 125 Iraqi civilians per day. He did so for almost 20 years. We can disagree as to whether his removal was worth the 4,486 American lives it cost, but there is little question that the world is a better place without him. There can also be no debate that when Mr. Obama took office the war had essentially been won and that a primitive form of democracy was beginning to take hold – but one that relied on our continued presence. Our leaving Iraq prematurely has allowed al Qaeda to regroup and return.

In Afghanistan, our military is arguing that we need a complement of at least 10,000 U.S. troops to stay on. If not, they suggest we pull out altogether. Into that vacuum will flow Taliban and al Qaeda forces, for their war against the West will persist. If we pull out before the Karzai government is ready, it will mean that the 2,309 American soldiers who have been killed there (1,943 under President Obama) will have died in vain.

President Obama is adamant about ending the wars in Iraq and Afghanistan and relieving both countries of an American presence. It is a political message that plays well in a country worn down by twelve years of fighting. But is it shortsighted in the broader scheme of things? In an ideal world, we would all love to have no need for a police force, but even the smallest village in America needs a policeman. We instinctively understand that man and human nature are imperfect. When we choose to live in communities, we must adhere to certain rules, else anarchy reigns. Whether we like it or not, there is no other country that can assume that role. It would be nice if an international body such as the United Nations could do so, but they have proved inept or driven by too many competing factions to do so. It is left to us. If we don’t, terrorists will have free rein and, as nations that harbor or cater to terrorists get hold of nuclear weapons on other weapons of mass destruction, the need for our services will only intensify.

When Tom Brokaw termed the World War II generation the “greatest” generation, he did both past, present and future generations a disservice. It is not that they were not great people who came together in the Country’s (and the world’s) hour of need 72 years ago. They were. They responded quickly and bravely. But my father and those like him who served in combat in that war (perhaps 10 million men and women) never thought of themselves as unusual, heroic or great. They considered it their duty to serve their country when and where asked. Most would have preferred to stay at home, but they did what they were requested to do; it was seen as a price of citizenship – to help ensure that future generations could live in peace. Unlike today, it was an army overwhelmingly conscripted.

Today, at a time when our military is comprised solely of volunteers, most Americans have little understanding of what is demanded of those who serve. What we have today is almost tantamount to a mercenary army, hired to ensure our safety at home by ridding terrorists abroad. We see images brought to us daily of mangled bodies, victims of suicide bombers and improvised explosive devices (IED), most of whom are innocent civilians caught up in a war not of their making, but one increasingly blamed on an American presence. But those who live in those countries know differently. It is a war brought about by evil forces who cannot abide the freedom America represents. We send our young men and women to help bring civility and decency to the majority of the people. We must also stay and help them forge the rudimentaries of democracy. We owe it to the people and to ourselves.

And we must be increasingly cognizant of the lives our combat soldiers lead – the closeness of their bonds, the fright which is a daily part of their lives, the obeisance to a chain of command that is alien to most Americans, and the idea that they are combating forces that have no allegiance to human dignity, and that they must do so while upholding the values Americans hold most dear. It is almost beyond belief that four Naval Seals who had been witness to acts of cruelty beyond description, such as beheadings and genital mutilation of young women would opt for decency. They understood the chances they were taking. What other country produces such men?

In the interest of being able to say he ended both wars, President Obama risks losing all that these men and women fought for. How can we ask future generations to fight wars when the lessons from Afghanistan and Iraq teach us that our leaders may abandon missions when it becomes politically expedient to do so? Those nineteen Seals died in the service of the United States and, in fact, in the service of all who aspire to be free. A touching and telling moment in the film is toward the end when Marcus Luttrell, the lone survivor, is saved by a Pashtun village tribal leader. According to a tenet of Pashtunwali, hospitality and asylum should be provided all guests seeking