Janet Yellen, the “Pink Dream”, and a Coming Economic Nightmare 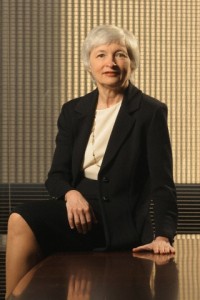 Janet Yellen: Next Chair of the Federal Reserve – Image by © Martin Klimek/ZUMA Press/Corbis

On Monday, former Fed official Andrew Huszar publicly apologized to the American public for his seminal role in executing the Quantitative Easing (QE) program, a program he characterizes as “the greatest backdoor Wall Street bailout of all time,” and “the largest financial-markets intervention by any government in world history.” While this is a momentous admission from an insider (Mr. Huszar is also a former Wall Street banker), perhaps Mr. Huszar’s most revealing statement concerned the results of QE’s “relentlessly pumping money into the financial markets during the past five years.” He referred to the spectacular rally in financial markets and expressed agreement with the growing belief among expert observers that market conditions had become “bubble-like.

In a paper just released by the American Enterprise Institute, another former policymaker, resident fellow Desmond Lachman, formerly deputy director of the International Monetary Fund’s Policy Development and Review Department, warns that QE and other “unorthodox monetary policies” are having “unintended consequences”.

The views expressed on AustrianCenter.com are not necessarily those of the Austrian Economics Center.
hayek_admin2019-01-14T06:41:37+01:00