Keep Government Out of the Kitchen 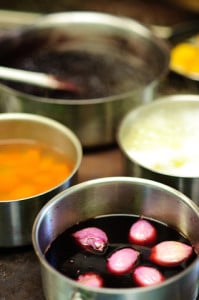 Government regulation goes to shocking lengths in the name of protecting our health. The latest – and quite absurd – example is the EU’s proposal to limit cinnamon in foods because it contains a poisonous substance. The idea incited outrage in Denmark because it would outlaw traditional cinnamon rolls.

This proposed regulation is yet another example of the nanny state, which has been embraced by most western democracies. The essence of the nanny state is the restricting or prohibiting of access to certain foods, drinks, and substances for the sake of the public’s health. Another manifestation of the nanny state is the setting of standards for the contents of food. Regardless of whether it’s a prohibition on trans fats, high-sugar drinks, or “poisonous” spices, or standards for the shape of cucumbers (according to a now obsolete EU rule, cucumbers sold in member states could not bend more than 10 mm every 10 cm), such regulations are quite senseless, because:

1) They are often easy to circumvent. For instance, Sweden got around the restriction on cinnamon by declaring its cinnamon rolls a “national dish” (which, somehow, makes them less of a health hazard). The attempted New York City ban on sodas exceeding 470 ml could have been circumvented by buying two 330 ml. sodas. (A court struck down the ban.)

2) They can distort the food market. The 2010 Bulgarian quality standard for sausages exemplifies this process: After the voluntary standard was introduced, Stara Planina sausages increased in price, so the companies producing them earned more their competition. As time went on, however, consumers turned to cheaper sausages that did not comply with the government standard, so fewer companies maintained it. A direct ban on products can have even more severe consequences, such as the closing of companies and the vanishing of whole branches of the food industry (and the jobs within them).

3) The regulatory apparatus consumes taxpayer money, leaving fewer scarce resources for more valued purposes. Who knows what we are missing because money is diverted to at best useless regulations?

Even if we set aside these arguments, bans and mandatory standards violate individual freedom. As is the case with many other controversies (drug legalization, for instance), the key question we must ask is whether the individual owns his own body or whether the government does. Today there is no shortage of information on what we should and should not eat, and individuals are capable of making sensible decisions. The banning of food is based on the ominous assumption that the legislature ultimately owns the people. Various medical research shows all sorts of harm coming from different types of foods and supplements. So far the bans are relatively few and seemingly random. Will day come when we have access only to a menu approved by the ministry of health?

The government should stay out of the kitchen. Individuals can choose their own diets and look after their lives. Freedom of choice is at least as important as good health.

The views expressed on AustrianCenter.com are not necessarily those of the Austrian Economics Center.
hayek_admin2014-02-27T15:21:30+01:00