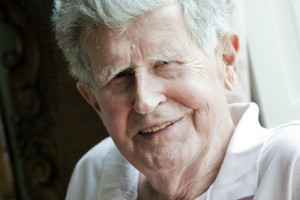 The great political philosopher Kenneth Minogue — ”New Zealander by birth, an Australian by upbringing, and British by affection and long habit”, in the words of John O’Sullivan — died suddenly last Friday on his way back from a Mont Pelerin Society meeting in the Galapagos Islands. He was 82. Prof. Minogue’s influence on political and economic thought was profound, and he further influenced generations of students as a professor at the London School of Economics. A more fitting tribute to this towering intellectual, inspiring teacher and gentle friend is forthcoming.

In the meantime, several moving pieces have appeared in his honor. Alberto Mingardi of the Istituto Bruno Leoni, reflecting on Prof. Minogue’s last book, The Servile Mind, notes that “Ken believed free societies to be joint associations of individualists, and feared for their future as the government increasingly de-responsibilitize any and each of us” (more here). In fact, all of his written works are worth reading for they warn of the dangers of a growing bureaucratic state. On a more personal level, Roger Kimball of The New Criterion writes: “Ken was one of the merriest, most gentle, and most philosophically acute people I have ever known” (more here). At the Spectator, Douglas Murray notes that “[Ken] had that rare mixture of great intelligence and twinkly, irrepressible good-humour” (more here).

We at the Austrian Economics Center and the Hayek Institut mourn his loss, for he was a good friend to many of us — but an even better friend to liberty.

The views expressed on AustrianCenter.com are not necessarily those of the Austrian Economics Center.
hayek_admin2019-01-14T06:45:24+01:00