LBJ's Great Society as Hubris of the Social Engineer 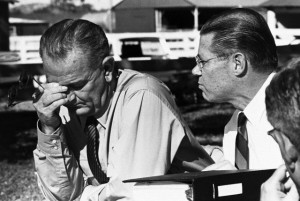 Fifty years separate us, now, from 1964 and the beginning of two of the most momentous events of Lyndon Johnson’s presidency:  The declaring of war on America’s supposed domestic ills in the form of the “Great Society” programs, and the aggressive military intervention in a real war in Vietnam. Both of these “wars” reflected the arrogance and hubris of the social engineer who believes that he has the power and ability to remake and direct society in his own preferred image.

The views expressed on AustrianCenter.com are not necessarily those of the Austrian Economics Center.
hayek_admin2014-01-20T14:04:29+01:00