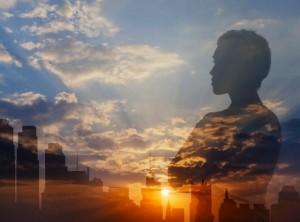 “We’re the most transparent and the most ethical Administration in history;” so spoke President Obama on January 23rd, 2010 in Elyria, Ohio. Campaign promises are one thing; lying about what you have done is quite different. Campaign rhetoric notoriously becomes victim to operational necessities, but there is never an excuse for cover-ups or outright falsehoods. In his initial campaign, Mr. Obama promised to conduct the most transparent Presidency in history. Instead, the President has led the least open Administration in modern memory. He talks of transparency, but hides behind a curtain of deceit. In his first term, he gave 699 teleprompted speeches (more than three times the number George Bush gave in eight years – and Bush usually did not use a teleprompter), but he held the fewest number of press conferences since President Reagan.

After the election in 2008, Jeff Zeleny, a reporter for the New York Times who had covered Mr. Obama when he was in the Illinois State House and the U.S. Senate, presciently said: “I think in this White House, you may once again have more information about the president and administration than ever before, but I still think there will be fewer opportunities for questions and direct interaction with reporters and the president.”

From cronyism manifested in companies like Solyndra, to the “Fast and Furious” scandal with the ATF letting “guns walk into Mexico;” from the assassination of al Qaeda leaders (including an American citizen) by Drones, to a cover-up of the events leading to the tragedy in Benghazi; from using the IRS for political gain, to unilaterally ending welfare-to-work rules; from subordinating creditors to union employees in the auto bailouts, to Justice Department surveillance of Associated Press and Fox News reporters, this Administration has used the power of its office to still dissent and hide the truth. Woodrow Wilson wrote: “We cannot lead if the American people are kept in the dark. We cannot lead if the world does not know the principals and laws that guide us.”

I am not a believer that any Administration should disclose all that they do. Secrecy is important in sensitive negotiations with heads of state and even with Congressional leaders. Politicians use the airwaves to assure their base they are fighting for their cause, but they must also negotiate with those on the other side of the aisle. Plans for military operations must be kept secret, for obvious reason. Conducting meetings in the sunlight of a C-SPAN precludes the possible need for greater deliberation. While many Americans are upset with the disclosure that the NSA has the ability to listen in on private conversations and to read e-mails, in my opinion that should come as no surprise, given the ubiquitous nature of today’s communications systems. It is something that needs to be monitored, as the opportunity for abuse certainly exists. In my opinion, though, Edward Snowden is more traitor than hero. The President is charged with the security of the people. Preemption, when dealing with today’s most important enemies – Islamic terrorists and rogue states with nuclear weapons – is far preferable to retaliation following mass killings. None of us want to experience another 9/11. Our democracy relies on openness, but it can only survive if the people are kept safe. War is terrible, but enslavement is worse.

However, there is no excuse for not disclosing how our tax dollars are spent. It is in spending that politicians exercise power. We elect them. Theoretically they work for us, and it is our dollars they spend. Notionally, spending is the purview of Congress, but the Executive branch has enormous leeway regarding the spending of hundreds of millions of dollars. No matter who is spending the money, there is very little, if any, accountability. For example, Congress will likely extend unemployment insurance for another three months, because not to do so would mean they would be characterized as cheap and inhumane. This is especially so at a time when the economy continues to limp feebly along and much of the Country is gripped in an unusual cold wave. But little, if any, consideration or publicity is given to the source of the funds. We can rest assured that no special tax to cover the expected $6.4 billion cost will be levied, as that would make too clear the actual cost to taxpayers, even though it would only add about $100 to the average tax bill. Of course, since the top one percent of all earners pay 38% of all federal income taxes, the actual cost to most people would be considerably less. But, for politicians, why worry about something today when you can defer it indefinitely or at least until you are out of office? If the people had the option to vote on each piece of legislation, government would be considerably smaller. It would also be unrealistic, but it is an exercise each of us, as taxpayers, should think about from time to time. Money does not magically appear. My mother used to say, money doesn’t grow on trees. She was right. Every piece of legislation and/or executive order must be paid for through taxes, fees or borrowing. This $6.4 billion will be borrowed, meaning it will become the obligation of our children and grandchildren.

In 2012, the federal government spent $3.563 trillion and received $2.435 trillion in tax receipts and fees. (The spending number does not include the increase in accruals for the unfunded liabilities of entitlement programs during the year, nor does it contain additions to the balance sheets of the Federal Reserve and agencies such as Fannie Mae and Freddie Mac.) But, forgetting for the moment off-balance sheet items, the above numbers meant that we had to borrow $1.128 trillion. With the Fed keeping interest rates exceptionally low and with the Dollar being the world’s reserve currency, the United States is in the enviable position of being able to borrow at very low interest rates. Keeping interest rates low, while painful for the thrifty, is enormously beneficial to government and other creditors. However, there is a hidden cost. Despite the fact that reported CPI numbers have been benign, markets over time are rational. Interest rates will rise (as they have been rising for the past year), offsetting Dollar debasement. It is in the interest of all borrowers, including government, to pay off debt with a lower-valued currency. And that will happen. Inflation will increase or the Dollar will continue to decline, as it has over the past decade. That there are no free lunches is a lesson apparently not yet learned by Congress, the President, taxpayers or even creditors. Of course, as far as the first two groups (Congress and the Administration) are concerned, they expect to spend their sunset years living on inflation-adjusted, generous, federally-endowed retirement plans, plus payments for speeches and royalties from tell-all books. What, me worry, is indeed their not unreasonable attitude?

How those funds are spent is the raison d’être of a relatively new organization, OpenTheBooks.com. It was founded by Adam Andrzejewski in 2010. Mr. Andrzejewski had built a small business, which he sold, and then ran for Governor of Illinois in the Republican primary in 2010. He was endorsed by Nobel Laureate Lech Walesa – on the platform, “Every Dime. Online. In Real Time.” Nevertheless, he lost the race, but not his vision or his pledge to bring sunlight into the murky depths of the fiscal gibberish that passes for state and federal spending plans. His mission: “…to limit government power by placing nearly all government spending online in an easy to access manner, empowering citizens to expose and curtail wasteful practices, and ensure the more efficient allocation of government resources.” It is based on the simple, but generally forgotten fact that taxpayers own the checkbook. Working with him is a young friend, Matthew Tyrmand who serves as Director of Development & Public Relations.

OpenTheBooks.com is in the process of creating a system by which any person can easily find virtually all information regarding how federal, state and local governments spend taxpayers’ money. The effort was made possible by the 2006 Your Government Act, sponsored by Senators Tom Coburn (R-OK) and – ironically – Barack Obama (then D-IL). The law requires that all line-by-line transactions since 2000 be posted online. The government’s website can be found at www.usaspending.gov. Thus far, OpenTheBooks.com has posted, in a system that provides a searchable database, over 300 million lines of government spending. Their goal is to have over one billion lines by the end of 2014. On their website they currently display virtually all disclosed federal checkbook vendor spending since 2000 (contracts, grants, loans, direct payments, insurance and farm subsidies); salaries, with five-year histories, for 2.5 million federal employees; the checkbook spending for 40 of the 50 states, and salaries and pensions for employees in 31 states. They have also listed all federal campaign donations since 1979.

OpenTheBooks.com is an education project of American Transparency, a 501(c)3 charitable organization. Should you have an Apple or a Droid, a free app can be downloaded. More data on the organization can be