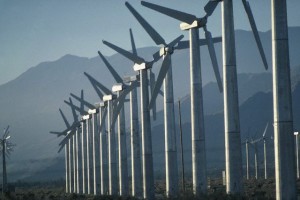 Bertrand Russell once said, “In all affairs, it’s a healthy thing now and then to hang a question mark on things you have long taken for granted.” There are few things in our lives as ubiquitous as energy, the use of which we all take for granted in innumerable ways all the time. From the time we wake to an alarm and turn on the light, until days end when we turn off the TV or shut down our Kindle, we are consuming energy. Whether we commute by car, train, plane, subway or boat, our trip would be impossible without the miracle of fuel. It powers the elevators in our buildings, flushes our toilets, heats and cools our homes and permits us our computers and PDAs.

Most Americans would find life without electricity inconceivable, not to mention inhospitable. Most people give little thought as to its sources or of how those have changed over the decades. Most are unmindful of its cost apart from their monthly bill. We give little thought to the unintended consequences of the siren call for renewables pushed by those like Michael Moore and Al Gore and pay too little attention to the self-serving nature of their advocacies. Cronyism is the gruel on which they feed. Rabid environmentalists may have their hearts in the right place, but too many of their recommendations are severed from commonsense.

We are constantly reminded by those on the Left of the “inequalities” in our system, by which they mean that our system is unfair in that it rewards the rich, while punishing the poor. Yet, we never hear the Left mention that Americans in the lowest quintile of earnings spend 28% of their incomes on energy, versus 4% for those in the highest quintile. The Department of Energy calculates that the cost of one BTU of energy from wind is 30% more expensive than one from natural gas. While U.S. natural gas production has increased by 30% over the past five years, the amount of federal land leased for mineral rights has decreased by 20%. When the cessation of carbon dioxide emissions is demanded because they are destroying the ozone, too little attention is paid to the costs that will be borne, especially by the poor at home and by emerging nations across the globe. Energy policies promoted by the Obama Administration have had a disproportionately negative effect on our poorest citizens.

Overlooked in the adamancy of the advocates for renewable sources of energy is that the world is evolutionary. Too many see progress in terms of extreme options, of black or white. It is an ‘either you’re with me, or you’re against me’ attitude, a phrase that appalled them when used by President Bush in 2001. The fact is that everything about our natural world evolves. When the very first power generation station was built in 1881, in the Surrey town of Godalming, it was powered from a water wheel. One year later, Thomas Edison opened the Pearl Street Power Station in New York City. From a personal perspective, with the exception of one grandmother born in 1888, all of my grandparents – all of whom I knew – were born into a world without electricity. Change has been persistent and dramatic through the past hundred and fifty years, but it was not change dictated by an omniscient government, it was change due to allowing individuals the freedom to experiment, create and invest – to win or to lose. To whom do we owe the greatest debt of gratitude: Thomas Edison and George Westinghouse, or James Garfield, Chester Arthur and Grover Cleveland (all of whom served as President during the 1880s)?

Even without the shrieking hyperbole emanating from those who would shutter all fossil fuel plants, we have become, mostly because of creative forces in the market place, more efficient. It is the natural order of things. Cars, houses, appliances are far more fuel-efficient than they were. The average annual consumption of BTUs per person, at 334 million, is unchanged from 1980 to 2010, despite a plethora of consumer products, from cell phones to i-Pads to Kindles, and a 50% increase in manufacturing during the last thirty years.

An evolving world can be seen in the changing nature of electricity creation. When my wife was growing up in Manhattan, most apartments were heated by coal and the air was heavy with soot and grime. In the house I grew up in New Hampshire, coal heated the hot water and wood the downstairs. In 1990, according to the U.S. EIA (Energy Information Administration), coal produced 53% of our electricity generation and oil 4%. Twenty years later, the respective numbers were 42% and 1%. The biggest winner was natural gas, which rose from 13% to 25% and, to a lesser extent, renewables that went from 11% to 13%. In 2012, according to the EIA, coal usage declined another five percentage points from two years earlier. Thirty percent of our electricity was generated from gas versus 25%, while renewables declined from 13% to 12%. Keep on mind that more than half of renewable production comes from hydropower, the same source that powered the generating station in Godalming 133 years ago. Wind, solar and geothermal remain minor players in the generation of electricity.

It is natural gas which is of most interest – because it represents the fastest growth in new power production. It is abundant and inexpensive. It is not renewable, but it is clean and, according to most experts, supply is adequate to last anywhere from 50 to 200 years. Gas has gained dominance despite opposition from the Administration and from environmental groups, exemplified in that hackneyed piece of Hollywood propaganda – “Promised Land,” starring Matt Damon. It is plentiful, thanks to horizontal drilling and fracking. Hydraulic fracking involves forcing a blend of 90% water, 9.5% sand and 0.5% chemicals deep into subterranean shale deposits to let loose gas that has been there since the age of dinosaurs.

(As an aside, I suspect that the irony of their experience in Antarctica was lost on the passengers aboard the Akademic Shokalskiy when their vessel became trapped in the ice. They were aboard a diesel-burning ship, were concerned about the proliferation of carbon dioxide and were looking for evidence of global warming. They had to be rescued by fossil fuel-fueled helicopters and then placed aboard other diesel-burning vessels.) Their contribution to damaging the ozone layer in two weeks was more than most people in the world accomplish in a lifetime.)

Despite allegations that fracking contaminates drinking water, that does not appear to be the case. Typically fracking takes place 6000’ below the earth’s surface and a mile below the water tables. Former EPA chief Lisa Jackson (President Obama’s first director of the Agency), testified before Congress in May 2011: “I’m not aware of any proven case where the fracking process itself has affected water.” Remarkably, while the country never ratified the Kyoto Protocols on carbon dioxide output, the United States has reduced its CO2 output by 8% between 2002 and 2012, something signatories to Kyoto have been unable to do because of biases against fracking. Our success is largely due to the growth of natural gas as a source for electricity generation.

There are no energy sources including renewables that do not have costs. There is a not-so-green side to green energy. The cost of energy from solar panels is five to ten times that of energy from fossil fuels, nuclear or hydro. There are parts of country where sunshine is variable, requiring the need to store energy, a problem that remains unsolved. Less than half of one percent of electricity production is from solar. Since 2009, 55 solar companies (apart from Solyndra which cost taxpayers $536 million) have gone bankrupt, many with taxpayer dollars in them. Biomass, which produces about 1.4% of our energy needs, requires vast amounts of land. It has been estimated, for example, that to satisfy just our annual demand for jet fuel would require 285 million acres – a land area the size of Texas, Colorado, New York and Ohio combined. It’s unrealistic Ethanol, a corn-based fuel is more damaging to the environment than previously expected. Additionally, since 40% of U.S. grown corn is used for ethanol, it has caused an increase in food prices. Food accounts for 16% of all expenditures for those in the lowest fifth of income earners. While stated CPI has been benign, for the poor inflation has been rising.

Wind power, according to the EIA, generated 3.5% of our electricity in 2012. But, again, it requires vast amounts of space. Nantucket Sound, which was considered by some a viable spot, was vetoed by a number of the Northeast’s liberal elite. They like the concept, but not in their neighborhood! It takes about 50 acres of wind turbines to produce one megawatt of power. The U.S. consumes about 3.7 billion megawatts of power each year. The land mass of the continental United States is about 2.4 billion acres. You do the math.

Wind turbines can be as tall as a thirty-story building, with spinning rotors as lengthy as a jet’s wingspan and are almost as noisy. Though the blades appear to move slowly, the outer-edge can reach speeds up to 170 miles per hour. When they are placed in the path of migrating birds the consequences can be severe. Wind turbines kill up to 500,000 birds annually and about 5 million bats. Under pressure from the wind-power industry, the Obama Administration in early December agreed to exempt wind-power companies from prosecution for killing eagles for up to three decades. David Yarnold, President of the Audubon Society was quoted: “Instead of balancing the need for conservation and renewable energy, Interior wrote the wind industry a blank check.” One facility in Altamont pass in California kills an estimated 60 eagles a year. (Both bald and golden eagles are protected species in the U.S.)

The mistake that Leftist elitists make is not that we should not pursue renewables, but that we should do so in a manner that is not disruptive to the economy and harmful to the poor. These processes are evolutionary. The discovery of shale gas, its clean burn and the environmentally-friendly ways of extracting it provides the United States with an enormous advantage when it comes to energy costs. That has already driven manufacturers to our shores. It is an event the Administration should embrace, not combat. Despite a recession that ended five years ago, the economy has 3 million fewer jobs than it did when the recession began. Regulatory pressures, higher taxes and uncertainty regarding ObamaCare have impeded job creation. Almost ten million Americans work in the energy industry. It is estimated that the industry could hire a million more. Allowing the Keystone XL Pipeline to be built and easing restrictions for fracking on federal lands would reduce energy costs – which act as a regressive tax – and create jobs.

Taking a lesson from Bertrand Russell, we cannot afford to take our energy sources for granted. There are costs and rewards to every decision we make. There is, as the man said, no free lunch. As we evolve, change comes, but does so less disruptively. As a nation grows and prospers, the environment becomes more important, because we can afford it to be. But we must be empathetic with the developing economies of emerging nations, and we should not ride our individual wishes on the backs of the poor at home. A focus on natural gas and on efforts to make it even cleaner and less harmful to the atmosphere would create jobs, lower prices, make us more competitive around the world, make us less dependent on other nations, improve our security…and would let eagles soar, untroubled by the whirring blades of wind turbines.

The views expressed on AustrianCenter.com are not necessarily those of the Austrian Economics Center.
hayek_admin2019-01-14T06:40:12+01:00