Liars, and the Media’s Responsibility to Expose Them 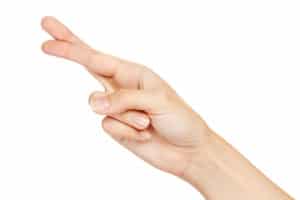 That politicians lie is to be expected; that people believe them is unfortunate, but understandable. But, that a free and independent press ignores them is reprehensible. On September 9th 2009, speaking before a joint session of Congress, newly elected President Obama laid out his healthcare plan. In doing so, he claimed that illegal immigrants would not benefit from his plan. Representative Joe Wilson (R-SC) indecorously called out: “You lie!” The media attacked him as a pariah. For his transgression, Mr. Wilson later apologized. Nevertheless, while ObamaCare theoretically disallows illegals to sign up, states have found ways, such as the DACA (Deferred Action for Childhood Arrivals) to get around the law’s supposed restrictions.


In reading Hillary “We were dead broke” Clinton’s well-publicized interview in The Atlantic, I wrote a note to myself: “Why do I read this bilge?” Ms. Clinton’s words, carefully parsed, are filled with prevarications and ambiguities. As Mark Twain wrote in A Tramp Abroad, “An honest man in politics shines more than he would elsewhere.” The same could be said for a woman in politics. Interviews that politicians grant (such as Hillary’s) and books that they write are obviously self-serving and politically motivated. They would more accurately be called “infomercials.” The rationale behind lying during political campaigns is that no agenda may be pursued unless one gains office. In the world of politics, the ends justify the means. All dictators, from Caesar to Hitler felt the same.

Small lies, like other seemingly unimportant transgressions, inevitably lead to big ones. Like children who test parents, politicians test their constituents with little lies. If not called out on the small, harmless ones, they matriculate to those more substantial and more damaging. Elizabeth Warren’s claims of being of Cherokee and Delaware heritage were obviously bogus – even amusingly so. Supporters avow they did no harm, though her acceptance as an instructor at the University of Pennsylvania and Harvard deprived a true Native American of a job. However, in lying about something so basic, how can we trust her on matters more substantial? Does she have no sense of honor? Did not the editors of The Boston Globe detect a flaw in her character that might have consequences for one in a position of public trust? Have we become so cynical that we overlook such fabrications with an off-handed gesture that all politicians lie, so, as Hillary Clinton once asked, what difference does it make?

It does make a difference. Unanswered questions regarding Benghazi, the IRS, Fast and Furious and spying on reporters and people have made a difference. Three Americans were killed in Benghazi, and no one has been brought to justice. The IRS deliberately targeted conservative organizations, yet no one has been tried, let alone gone to jail. American firearms were delivered to Mexican drug cartels by an arm of the Justice Department. At least one was used in the killing of an American agent. Using the NSA for political purposes has deepened the cynicism that exists between people and their leaders. Like Flip Wilson’s Geraldine, what you see is not what you get!

Mainstream media does a disservice to its viewers and readers when lies go unchallenged. However, the media had no qualms about repeating the mantra that Bush lied when no weapons of mass destruction were found in Iraq, despite most politicians believing the story at the time. Saddam Hussein had, like Bashar al-Assad in Syria, used chemical weapons on his own people, and likely still had them. Did Bush, with access to intelligence sources not available to others, know for a fact that his claim was false? I don’t know. There has been no proof either way. It is possible that Mr. Hussein, decent fellow that he was, destroyed what weapons we know he once had. But it seems more likely that he delivered them to his fellow thug, Syrian president, Mr. al-Assad.

The media have become partisan advocates, instead of independent journalists. It occurs on both sides of the political aisle, but is far more pronounced on the Left, as they dominate most of the media. Blogs, talk radio and cable TV have widened the chasm. That lack of balance is enhanced because of the role played by universities, and the instructors who seemingly prefer one-party rule. The consequence has become one of exaggerated differences, polarizing both the actors and the audience. Civility has been lost, along with unfiltered data that would help the electorate make well-informed decisions.

Famous (or infamous) Presidential lies have become an entertaining part of our national dialogue. They include a plethora of lies: from “I am not a crook” Nixon, to “I’m a nuclear physicist and a peanut farmer” Carter, to “Read my lips,” George H.W., to “I did not have sex with that woman” Clinton, to “If you like your healthcare plan, you can keep it” Obama. We may smile, but they signal a loss of a moral sense in our democracy. “The whole aim of practical politics,” H.L. Mencken once wrote, “is to keep the populace alarmed (and hence clamorous to be led to safety) by menacing it, with an endless series of hobgoblins, all of them imaginary.”

Chicanery is endemic to politicians. Power is the aphrodisiac that drives most to seek political careers. Therefore, honesty is seen as an unnecessary impediment, which will be either misinterpreted or used to one’s disadvantage. The instincts of politicians along with advice from their advisors say they must promise something to everyone, in spite of innate contradictions. The electorate is sliced and diced into the smallest possible segments. Inevitably, they run into the buzz saw of realism, as Mr. Obama has discovered in Russia, the Middle East, and with the problems he has had with unions and environmentalists on both sides of the divide over the Keystone XL Pipeline. In serving one master, one alienates another. Little gets done, and the country is left in a backwash of confusion. In trying to maneuver between the rocks of Scylla and the whirlpool of Charybdis, Mr. Obama risks sailing over the falls.

President Reagan certainly used deceit when he thought necessary, as we know from the Iran-Contra Affair. But he had a redeeming feature in that he came to office with four, simple to understand and principled, goals: reduce growth in government spending; reduce marginal income tax rates on labor and capital; reduce regulation and reduce inflation. One could agree or disagree with him, but there was no doubt as to where he stood. He achieved the last three. His failure to achieve the first was largely due to his decision to put an end to the Soviet empire. That required an increase in defense spending. But it worked. Three years after Mr. Reagan left office the “Evil Empire” was no more. Unfortunately for the nation, however, since Reagan left office taxes have risen and regulations have become more numerous. Official inflation has remained subdued, but the metrics used to measure it have become more accommodative to a benign outcome.

The failure to be honest on the part of politicians is rooted in a belief of many that people are unwilling to hear an unpleasant truth (for example, unaffordable entitlements will inevitably lead to Dollar debasement) and that they are incapable of understanding its consequences. It is a supercilious attitude, born of chauvinism. Their attitude toward the people is not unlike that of Mr. Tulliver toward his wife in George Eliot’s The Mill on the Floss: “The possession of a wife conspicuously one’s inferior in intellect, is, like other high privileges, attended with a few inconveniences… with the occasional necessity for using a little deception.” Deceptive politicians may prove successful in the short term, but the harm they cause over the long term is irreparable. Like Mr. Tulliver’s family, people suffer from the arrogance of their leaders. New York’s late Senator, Daniel Patrick Moynihan once famously said: “While everyone is entitled to their opinions, no one is entitled to his own facts.”

To succeed politically – and in the best interest’s of the country – one must be willing to compromise. But good political leaders have principles to which they adhere. They may be conciliatory and they must compromise, but should never be ambiguous. In too many cases voters get only to decide between a mountebank and a charlatan. While the odds against are one in a million, the media should play a far more responsible role in separating fact from fiction. The people would benefit. But it is more likely we will continue to suffer the lies; however, we will not do so in silen
ce!

The views expressed on AustrianCenter.com are not necessarily those of the Aust