Libertarianism in the Age of Trump: An Interview with Matt Kibbe

Matt Kibbe is President and Chief Community Organizer at Free the People, an educational organization turning the next generation on to the values of liberty. In 2004 Kibbe founded FreedomWorks, where he served as President for eleven years. In addition, he is a Distinguished Senior Fellow at the Austrian Economics Center. A few weeks ago, our Kai Weiss sat down with him in Washington, D.C., to discuss the future of libertarianism in the age of Donald Trump and the Alt-Right. 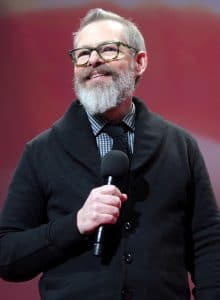 Kai Weiss: As we speak – in early March, Donald Trump has imposed tariffs on steel and aluminum, and as it stands right now, it looks as if a trade war could be in store. As supporters of the free market, we are obviously opposed to these actions taken, but could you give us a short summary on why a trade war would be bad?

Matt Kibbe: Yes, I’m adamantly against Donald Trump’s general position on trade. No one should be particularly surprised that he is actually doing this: Trump has consistently, since the 1980s, been an uninformed protectionist. He loves the idea that trade deficits are bad, and that America is getting screwed by all our trading partners – he clearly doesn’t understand the notion of win-win trading deals, or comparative advantage. To the extent that he’s sincere about it, he’s a negotiator, he thinks that every person who wins means that someone else loses. So the question is, does he mean it? And this is always the question with Trump: is this a negotiating ploy, or does he actually believe that protectionism is good economics? He says that protectionism is good economics, but is that just saber-rattling? Will he back off if it doesn’t work out well for him? Nobody knows, but in the meantime, you might create a real trade war. As a student of the Great Depression, and of Austrian Business Cycle theory, we know that Smoot-Hawley and protectionism in 1930 very much exacerbated the Great Depression. Obviously, it’s good for the favored chosen industry that’s being protected. But what about those other industries that will be punished by people and trading partners who don’t buy stuff? Protectionism is bad, and in some ways, trade protectionism is one half of a coin, the other half being Trump’s position on immigration: there’s just too much. It’s not really about illegal immigration, it’s really this general idea that there’s too many immigrants coming into this country, only so many jobs to go around, and that they are undermining American workers. It’s a zero-sum economic view that sounds similar to Bernie Sanders’ position. Oddly, Bernie Sanders and Donald Trump have very similar worldviews on both trade and immigration.

So far, excluding his protectionist impulses for a second, what is your view on the first year of Donald Trump? The Heritage Foundation for example says that he has implemented 64 percent of their recommendations on economic policy, in contrast to 49 percent that Ronald Reagan did in his first year.

The Heritage argument is comparing apples to oranges, because Donald Trump has a Republican Congress, he’s inherited Republican victories going all the way back to 2010. Ronald Reagan of course had very aggressive, large Democratic majorities in Congress, and that fundamentally changes what you can and can’t do. The things that Trump has done well: he has pushed for a significant reduction in red tape and paperwork associated with regulations through the executive branch – and without knowing all the specifics of what he has done, that’s a good thing. But it’s kind of a temporary thing, too. Let’s say Elizabeth Warren becomes the next President: she could reverse these things in a day, so unless Congress would actually pass new legislation changing the regulatory laws under which the agencies function, it’s temporary. Same with the tax cuts: the tax cuts are a significant step in the right direction, hardly a flat tax, but a step in the right direction. But they are also temporary. While those are good things, those are also things that you might expect Republicans to do when they control both Congress and the White House. The big thing that they didn’t do, repealing Obamacare, is something that every Republican, including Donald Trump, ran on for the last eight years, and they failed to keep that promise. There are clearly elements within the GOP and the Trump White House who didn’t really want to do it anyway. Republicans are very cozy with the insurance industry and health care interests generally, and those interests kind of like forcing people to buy their products. And then you have the trade protectionism, which I think could easily undermine economic growth gains from these tax cuts. I’m not an anti-Trump hysteric: I think you have to judge Trump the same way as Obama or Bush or Ronald Reagan, there’s pluses and minuses, and now that he is elected President we should measure those things based on a sort of objective criteria. But the one thing that is very dangerous about Trump is his cavalier attitude about the rule of law, and limits on Presidential power, and he demonstrates that on a daily basis. The problem with that attitude, and the problem with him expanding on Obama’s expansive view, is that it will be very hard to get back to a constitutionally limited Presidency. He is going to create a tradition that the Executive is more and more imperial, is more and more “do as I say,” less and less interested in the separation of powers with the legislative branch, less and less interested in upholding the rule of law. And I should step back and say that his Supreme Court nominee was an excellent choice. So whenever someone is defending Trump, they are like “but Justice Gorsuch, but the tax bill, but deregulation.” But you have to look at more than that, and the lasting legacy of Trump is probably this authoritarian impulse that we certainly saw in Barack Obama, that we saw in George W. Bush. When it comes to expanding Executive Branch power, I’ve seen every President standing on the shoulders of the one before. Once you shred those limits of Presidential power, it’s hard to put the cow back into the barn.

Donald Trump campaigned on a protectionist, nationalist platform and won, while four years before we had the Ron Paul Revolution. And even three years ago, Rand Paul was the favorite to be the Republican candidate for the 2016 election. Considering that Trump was voted in often by the very same people that voted for Ron Paul and intended to for Rand, how is it possible that the mood turned around so quickly?

All politics is won on the margins, so it’s a little dangerous to make sweeping assumptions about a fundamental shift. In any national election, Republican candidates seek a coalition of voters. You could break them up into many categories, but for the purposes of this, let’s break them up into three: we have establishment Republicans, country-club Republicans, the ones that are comfortable with power, and don’t appear to be particularly driven by free-market ideology. They are crony capitalists, and the differences between them and the Democratic establishment is not always so clear. Second, there are the liberty Republicans, the Rand Paul/Justin Amash wing of the Republican Party. That block is bigger than it’s ever been in the past. Back when Ron Paul was an elected Republican, he was the only guy, he was the lone voice that really couldn’t have an impact. Now you have this block of liberty votes in the House and Senate in the Republican Party, and they matter. They can quote Hayek, they can quote Ludwig von Mises, they understand Adam Smith, and they understand the power of the market process. And third, now you have this other wing, this Trump wing, which is not really motivated by free-market economics, or presidential limit