Fighting for Liberty in Congress: An Interview with Thomas Massie

Thomas Massie has been a Representative for Kentucky’s 4th Congressional District in Congress since 2012. As a member of the Republican Party, he has been one of the most liberty-oriented voices in politics. He is associated with the House Liberty Caucus. A few weeks ago, Heike Lehner and Kai Weiss sat down with him in his Washington D.C. office to discuss his life in Congress and what his experiences have been trying to make a change through the political arena. 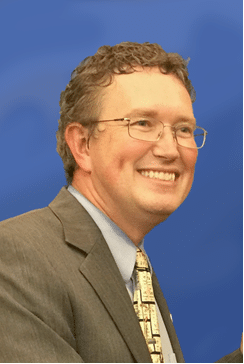 What initially inspired you to even go into politics?

I started out life as an engineer: I went to MIT, studied engineering, started a company, then sold most of my ownership in that company, and moved back to a farm. My inventions were in the field of virtual reality, computers, and robotics, so I went from virtual reality back to the land – back to reality. Now that I’m in Congress, I say I’m back in virtual reality. But living on my farm, I just wanted to be left alone, and do whatever I wanted, so my wife and I built our own house, according to our own specifications – and it’s off the grid, it’s not connected to utilities. My local government started passing rules and laws and more taxes, and I wrote letters to the editor, to the newspaper – this was in 2007, and it rallied people to come to meetings and stop the taxes from going up, with the regulations from being passed. One of the regulations for instance in the United States is called “zoning,” where they determine what’s an appropriate use of your property based on where it’s located, and in my county, which is enormous in size, there was no zoning, you could do anything you wanted with your property, put a factory on it, a used car lot, a day-care center – there were no regulations stopping you, and they tried to constitute a board who would decide all those things. Through my letter-writing and activism I started to stop that from happening, and people who felt like me encouraged me to run for local office – so I did, and it was a very local office: there’s only 14,000 people in our county, but I was the county executive, the one responsible for the day-to-day operations. I was also responsible for appointing all of the people on the boards: the sewer board, the water board, the conservation board, the library board, and each of these little boards who are composed of grandmothers and your cousins. They have so much power that I thought was important to be in a position where I could appoint them. Libertarian is not part of the vocabulary where I live, but people understand freedom, in fact, in eastern Kentucky, the notion is “You mind your own business, and your neighbors minds their business,” so even though they wouldn’t say they are libertarian ideologues, they would say they would mind their own business. So I found a lot of sympathetic people there, they encouraged me to run for office, I ran for that office, then gained some notoriety within that office for cutting spending, and then people encouraged me to run for Congress – so that’s how I got here.

How has your experience been in Congress, as someone who is considered to have more “extreme” views? Are you having difficulties to really make a change?

First of all, I’m not offended by your use of the word “extreme,” some people might be, but one of my friends once joked that the definition of an extremist is somebody who is completely consistent in all of his beliefs. In that sense, maybe I am extreme. People think that the word “partisan” and the word “ideologue” are synonyms, and that they are pejoratives. Like, “Oh, he’s a partisan, oh, she’s an ideologue.” They are actually two opposite words: a partisan sides with their party, whether the party is right or wrong; an ideologue has a set of beliefs that they adhere to whether their party does or not; so in that sense, I would much rather be called an “ideologue” than a “partisan” – and most of the people here are partisans. So half of my staff is in Washington, D.C., and half of my staff is in Kentucky. The staff in Kentucky says, “We are glad you take your ass whipping in D.C., so we don’t have to take an ass whipping in Kentucky.” You have to get your ass whipping somewhere, either in D.C., or in Kentucky, and most people choose to be friends with people in D.C. – it makes it easier when you are working here to be their friend, but then you go home, and people are mad at you for betraying what you campaigned on. So I got off the plane today [Monday], it’s like knowing that somebody is going to swing a two-by-four and hit you in the head as soon as you get to your office – it’s that kind of anticipation when my plane lands. And I have to survive four days, and then I can go back home where I won’t get beat up – and that’s been going on for five years.

What are some problems you’ve ran into, considering you are not always siding with your party?

Well, there are a certain set of people in my party who would like to see me unelected, so behind the scenes they are working to raise money to get me out of here – and it’s my own party, not the other party … For example, Mark Meadows and I wrote a resolution that precipitated the departure of speaker John Boehner. But when you do those sort of things, you don’t go back – they call up your donors, and tell your donors “Don’t give him any more money again,” or else we will not consider any of your legislation in Washington. And so when your donor is confronted with giving one measly Congressman money to get reelected, or keeping favor in D.C., they choose to keep favor. So that’s the sort of thing you run into. Also, I would never be placed on the Ways and Means Committee, or the Energy and Commerce Committee, those are the two most powerful committees, and so … I’ve basically been barred from participating in that.

As it sounds, and as far as it is possible to tell from abroad, you always try to stay principled, while other politicians think that one should often compromise to actually get something done. What is your view on this sort of paradigm between principles and compromises?

I think it’s fine to compromise, you just can’t compromise in the wrong direction. I understand you can’t get everything you want, but you should get something, and most of my colleagues will sell out for nothing. They just want to be friends with the other people here, so it’s like in kindergarten. Kindergarten is like “Well, I won’t be your friend if you don’t do this,” and it’s the same thing up here. I go back home and people are like “Oh my Gosh, what did he sell out for, what did they give him?” And they gave him nothing – they threatened not be his friend if he didn’t vote for it. So when a lot of people compromise up here, they get absolutely nothing, and I would gladly compromise to get something. For instance, by working with Democrats I got that amendment in our farm bill in 2013-14, and now there are 12,000 acres of hemp being grown in Kentucky – so there’s an area where I compromise, but only because I achieved an extra measure of freedom. I believe in pragmatic ideology, which by the way I think our Founders were: they were pragmatic ideologues. So people will sometimes accuse me of not being a pure libertarian, because I take a position in the Constitution, but I remind them that our Founding Fathers were pragmatic ideologues. They had a country to start, so they had to make some concessions.

You call yourself a “constitutional conservative,” rather than a libertarian, and there is one interview where you said that your position on intellectual property for example is “anti-libertarian.”

Well, some people say that it’s anti-libertarian, but when you look at the Consti