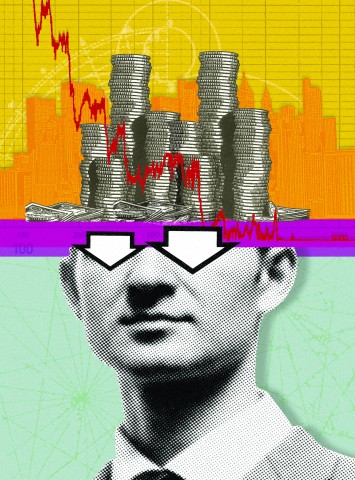 I was reminded of Mark Twain’s appropriate comment (or maybe it was Disraeli’s?) when reading an article in Monday’s Wall Street Journal, entitled “Government Payrolls are Facing New Pressures.” Somewhat hyperbolically, the author Sudeep Reddy writes: “The cuts in the public sector workplace – at the federal, state and local levels – marked the deepest retrenchment in government employment of civilians since just after World War II.”

Mr. Reddy noted, “At about 2.8 million civilian workers, excluding roughly 1.6 million uniformed military personnel, it [the federal workforce] occupies a smaller share of U.S. jobs {than any time} since World War II.” To further his argument, he quoted a Brookings Institute economist Gary Burtless: “The federal government,” Mr. Burtless wrote, “is not much bigger than it was in the late Eisenhower era in terms of employment.” Continuing to embellish his position, Mr. Burtless added, “Public sector employment is really on the ropes.” Perhaps, I mused, sanity was returning to government. However, the more I read, the more it became apparent that Mr. Reddy (and Mr. Burtless) were promoting an agenda, not reporting the news.

It seemed not to matter to Mr. Reddy that the federal budget, as a percent of GDP, is at post War highs, as are our deficits, and that the only significant buyer of U.S. Treasuries, at current rates, is the Federal Reserve. Neither did he mention the spate of municipal bankruptcies, the most in the post-War period and which were responsible for numerous layoffs. It was profligacy, not misfortune that caused these bankruptcies.

In 1960, federal spending represented 17.8% of GDP; this year federal expenditures will approximately 23.8% of GDP. That same year, Eisenhower’s last as President, the budget was $92.2 billion. This year’s budget will be approximately $3.8 trillion. That then suggests the budget has compounded at 7.4%, or 340 basis points over the rate of inflation for 52 years. Inflation, over that same period, has compounded at just under 4%, according to the “inflation calculator.” GDP in 1960 was roughly $519 billion. This year GDP should be about $16 trillion, suggesting a CAGR of 6.8% over those years. Put another way, while GDP has risen by a factor of 31, federal spending has risen by a factor of 41. In this world of an expanding public sector, government has been a good place to work. Incomes are high, abundant vacation, and retirement is early and easy. Average federal salaries are $76,200, while median household income in the U.S. is just over $50,000, with an annual median wage of $26,400. The median household income for a college graduate is about $68,000 – still lower than the average for government employees. The average federal employee, besides making a higher wage, enjoys a retirement package that is estimated to be 2.7X that of the average private sector worker. Unsurprisingly, seven of the richest counties in the U.S. are in metropolitan Washington.

Mr. Reddy writes of the impact from sequestration. He quotes an unnamed UBS economist who puts the number of jobs lost because of sequestration to be 100,000 annually. The Administration has elevated the idea that sequestration is damaging.  White House tours have been cancelled, as have the Blue Angels’ performances. But there was no hesitation in allowing Vice President Joe Biden to spend $1 million for a night in Paris last week. Waste in government is monumental. Senator Tom Coburn has singled out excesses such as Moroccan pottery classes, the promotion of caviar production and consumption, robotic squirrels (whatever they are!), and the promotion of specialty shampoos for cats and dogs. The cancellation of any one of those programs would pay for at least four weeks of White House tours for school children. Additionally, according to Senator Coburn, in 2012 the government made available $1.3 million in “corporate welfare” to Pepsi, and they provided tax loopholes to the NFL, NHL and the PGA that amounted to $91 million. There is a lot of waste.

Early in his article, Mr. Reddy makes the point that 97% of public sector job cuts, following the recession, were made by state and local governments. In fact, a chart which accompanies the story suggests federal payrolls are still expanding, though at a reduced rate. Mr. Reddy notes that public sector employment is down by 740,000 jobs since 2009. That sounds like a lot, until one realizes there are still 21.8 million public sector employees feeding at the government trough. The loss in jobs represents a 3.3% decline. It is not surprising that local and state governments have had to adjust to changes in fortune more quickly than Washington. Besides being able to print money, the federal government does not operate under the same fiscal restraints as do the states. Forty-nine of them are required, either by statute or Constitutional amendment, to balance their budgets every year, Vermont being the exception.

Mr. Reddy exudes concern for beat-upon government employees. He writes: “At the same time, the private sector has added 5.2 million jobs over the course of the recovery.” Perhaps they have, but I don’t know where. He must not be counting the jobs lost. According to the Bureau of Labor Statistics, the civilian workforce today is 155 million. In 2008, it was 153.6 million. The labor participation rate was 65.8% in 2008; today, at 63.5%, it is at a thirty-year low. The stated unemployment rate of 7.7% represents 12 million people looking for work, 4.8 million of whom are long-term unemployed. Additionally, there are 2.6 million marginally employed. If the latter were counted among the unemployed, the unemployment rate would be 9.8 percent. It is hard to paint the current recovery as anything more than sluggish. As Mortimer Zuckerman wrote in yesterday’s Wall Street Journal, “Despite the most stimulative fiscal policy in American history… Cumulative growth for the past 12 quarters was just 6.3%, the slowest of all 11 recessions since World War II.”

Of the 21.8 million public sector workers, 13% work in the federal sector. It is difficult to reconcile Sudeep Reddy’s pathos for government employees with what is going on in the real world. He seems to have swallowed Washington’s kool-aid.

Numbers add an air of authority to any report or presentation, but readers should view them skeptically, as most (including mine) are offered to promote a particular agenda. George Canning, a 19th Century British Prime Minister once said: “I can prove anything by statistics except the truth.” Winston Churchill was blunter: “I only believe in statistics that I doctored myself.” The better way is to look at directional changes – at trends over time.

We need to ask questions: Why has government spending outpaced inflation by 340 basis points annually for fifty years? Assuming Gary Burtless is correct, why do the same numbers of employees today, as fifty years ago, consume forty times more money than their forbears? Why are government salaries so much higher than those in the private sector? I like to answer to these and other questions that will tell us so much more than accepting at face value the statistics spewed out by pundits and reporters. The latter makes authors look smart, but serve to only support predetermined opinions. Regardless, in terms of more government in our lives, what I see is discouraging.

“Thought of the day” by Sydney Williams

The views expressed on AustrianCenter.com are not necessarily those of the Austrian Economics Center.
hayek_admin2019-01-14T06:50:01+01:00