Life Insurance: Seceding from the System? 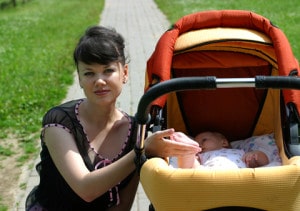 Most Americans implicitly assume that the financial system has always worked the way it does now. Although they may have a vague knowledge that the U.S. dollar used to be tied to gold, they can’t really imagine a world in which prices don’t steadily rise, year after year. It’s also difficult to imagine an economy working without a central bank, since the Fed has been around for a century now. These just seem like facts of life.

Most Americans also take it for granted that Social Security, Medicare, and other federal “social insurance” programs must exist to supplement the wildcat free market. Yet historically, the institution of life insurance provided not just protection from an early death, but also was a popular savings vehicle for average Americans. Even in today’s sophisticated financial markets, churning with derivatives and mutual funds, boring old life insurance may provide a way to secede from the broken system designed by the planners.

There’s a scene from It’s a Wonderful Life when George Bailey (played by Jimmy Stewart) is down on his luck and runs to the greedy Mr. Potter for help. What does Bailey bring to Mr. Potter as an asset? Why, his life insurance policy. This scene seems odd to many modern viewers; I remember being puzzled myself when I first saw the movie. This was because I only thought of term life insurance, rather than permanent (or cash-value)life insurance. The modern financial gurus, such as Dave Ramsey and Suze Orman, counsel their listeners to avoid permanent life insurance as a terrible investment, if not an outright scam.

Yet it was not always so. Here is the great economist Ludwig von Mises, writing matter-of-factly in his 1949 treatise Human Action: “For those not personally engaged in business and not familiar with the conditions of the stock market, the main vehicle of saving is the accumulation of savings deposits, the purchase of bonds and life insurance” (p. 547).

Later in the book, Mises goes on to explain that these market institutions would be adequate for all of life’s contingencies, were it not for government meddling in the economy:

[Under capitalism, even] for those with moderate incomes the opportunity is offered, by saving and insurance policies, to provide for accidents, sickness, old age, the education of their children, and the support of widows and orphans. It is highly probable that the funds of the charitable institutions would be sufficient in the capitalist countries if interventionism were not to sabotage the essential institutions of the market economy. Credit expansion and inflationary increase of the quantity of money frustrate the “common man’s” attempts to save and to accumulate reserves for less propitious days. (p. 834)

The easiest way to understand how permanent life insurance works is by contrasting it with the more familiar term life insurance. Under a term policy, the customer is effectively “renting” life insurance coverage for a specific term of time, such as 20 years. The customer pays the premiums during that term, and the life insurance company agrees to send a check (equal to the death benefit) to the beneficiary named in the policy, if the insured party dies during the term. If the term expires, however, and the insured party is still alive, the insurance company is off the hook, and the accumulated premiums are gone, just as the monthly rents paid to a landlord are gone once the tenant moves out of an apartment.

In contrast, with permanent life insurance (the plain vanilla version of which is called whole life insurance), the insurance company is contractually locked in with the client for his or her whole life (hence the name). So long as the policyowner makes the premium payments, the insurance company must pay the death benefit if the insured party should die. However, if the insured party reaches a specified age (nowadays it might be 121 years old), then the policy “completes” or “matures.” The insurance company still issues a check for the stated “death benefit” (even though there has been no death). Therefore, just focusing on the customers who keep their policies in force (by making the contractual premium payments), the life insurance company knows it will actually pay out only on very few of its term life policies, but it will eventually have to pay out—one way or another—on all permanent life policies.

Because of their different structures, the typical premium on a permanent life insurance policy will be significantly higher than the premium on a term life insurance policy for the same person and with the same death benefit. Intuitively, the permanent life policy is more expensive to keep in force because it is so much more valuable; it has an embedded “continuation option” that the term policy lacks.

To reiterate, many financial planners scoff at permanent life insurance as a horrible savings vehicle; instead, they would recommend that their clients “buy term and invest the difference,” meaning that they provide for their strict life insurance needs with a cheaper term policy (rather than the more expensive permanent policy) and use the extra money to acquire a larger share of mutual funds. However, this typical advice overlooks the ironic fact that in an accounting sense, someone who takes out permanent life insurance is engaging in “buy term and invest the difference” with the portfolio managers of the life insurance company running a very conservative mutual fund. If and when the life insurance company exceeds the (very modest) expectations underlying its contractually guaranteed growth targets in the policy, the company will also issue dividends to its policyholders. These can be taken as cash disbursements or reinvested in the policy to buy more “paid-up” insurance (thereby immediately boosting the death benefit and cash value). The glib “demonstrations” that financial gurus put forth to prove the superiority of “buy term and invest the difference” typically compare apples to oranges—for example, by looking at the historical returns on an equity-based mutual fund that has none of the contractual guarantees that a permanent life insurance policy possesses.

Although Mises refers matter-of-factly to life insurance as a savings vehicle, in the United States it was gradually displaced by mutual funds, which had become more accessible to the average household and looked very attractive by the late 1970s. The high interest rates and inflation of this era—the result of government manipulation in the financial markets—suddenly made conservative life insurance look boring and sluggish. Americans were steered by the “experts” into Wall Street, and federal tax laws—which levy large penalties on all assets except the ones exempted by the IRS—only reinforced the transformation of the conventional wisdom.

Yet even though we can understand the historical events that pushed Americans away from the use of life insurance as a savings vehicle, the pendulum is beginning to swing the other way. The downside of “tax-qualified” retirement plans is that their tantalizing breaks on tax treatment come with significant strings attached, such as stiff penalties for early withdrawal. Furthermore, the appeal of the stock market as a hedge against price inflation is greatly muted when it is sub