“Lobbyists – For Better or Worse, or Forever?” 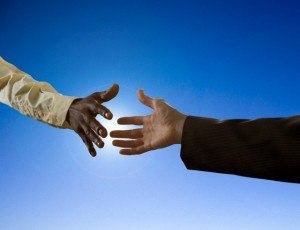 “I am in this race to tell the corporate lobbyists that their days of setting the agenda in Washington are over.” So spoke Senator Barack Obama on November 10, 2007. He added, “Lobbyists won’t find a job in my White House.” The sentiment, while populist, was appealing to those of us who had grown cynical of Washington, money and the snollygosters[1] that populate its regions.

It was a promise, however, that could never be kept – therefore uttered for purely political reasons. It thereby heightened an already elevated cynicism. Not only have lobbyists gone to work in the White House, their efforts in Congress are manifested in the length of two signature Congressional Bills enacted under the Obama Administration – both passed unilaterally and signed when Democrats controlled both Houses. Keep in mind, lobbying can be used against a bill, as well as for one. For example, a number of organizations have been made exempt from ObamaCare, due to lobbying efforts, and Congressional members (lobbying on their own behalf) will be provided subsidies to purchase healthcare – subsidies not available to the rest of us.

The President’s words, besides being fallacious, also suggested muzzling groups that have a Constitutional right to speak out. Nevertheless, the term “lobbyist” provokes an unclean sense. When uttered, the word makes one want to use mouthwash and soap one’s hands. However, lobbying is a perfectly honorable and ancient occupation, despite its association with corruption. The word derives from the room outside the main hall of London’s Parliament where influence peddlers gathered, button-holing members as they entered or exited. Our Constitution protects free speech, including the right to petition. The assumption was made, by James Madison, that countervailing factions (like lobbyists) would cancel one another out.

Nevertheless, candidate Obama was correct to point out what has become a revolving door – a few years on Capital Hill leads to million-dollar jobs on K Street. Examples abound.

Besides effecting legislation, lobbyists have observed the rule-making authority of the executive branch, especially the EPA, HHS and DOD. Interestingly, the unwelcome shutdown in Washington has a silver lining. In yesterday’s Wall Street Journal, an editorial noted that the government shutdown has demonstrably lessened the number of recordings in the Federal Register. They wrote that on September 30, the day before the shutdown, 401 new rules were recorded, including increased assessment rates for blueberry promotion. On October 9th, only six new rules were recorded. It suggests that perhaps the economy, other than lobbyists for industries like the raspberry producers, is being helped by the shutdown.

Lobbyists once were more common in the hallways and byways of state capitals. That was a time when political bosses held sway. The names resonate with our political past: “Boss” Tweed in New York, Tom Pendergast in Missouri and John Bailey in Connecticut. The decline of political machines, with their storied histories gave rise to a stronger federal government. Like a hunter chasing its prey, lobbyists moved out of Albany, Jefferson City and Hartford for the greener, more lucrative haunts of D.C.

Besides the dollars they lavish on those who represent us, lobbyists have brought intricacy and weight to our tax code and bills. The tax code’s complexity owes a great deal to special favors being shown large multi-national companies, the very wealthy and powerful friends of elected officials. When I was born, the tax code comprised a little more than 500 pages. Today it is almost 75,000 pages. I’m old, but not that old!

The number of pages in bills Congress enacts appears to be directly related to the growing influence of lobbyists. Consider the Affordable Care and Patient Protection Act (ObamaCare) and the Wall Street Reform and Consumer Protection Act (Dodd-Frank), the Obama Administration’s signature achievements. Their length is in large part due to exceptions and exemptions. One can compare those opuses with earlier, equally critical acts. The Federal Reserve Act of 1913 was 31 pages; Glass-Steagall, enacted in 1933, comprised all of 37 pages. The Interstate Banking Efficiency Act of 1994 included 61 pages and even Sarbanes-Oxley was only 66 pages in 2002. The Gramm-Leach-Bliley Act of 1999, which did away with Glass-Steagall, did so in 145 pages. In contrast, the Fact Checker at the Washington Post puts the number of pages for ObamaCare’s rules and regulations at about 10,000 pages. The very fact that their Fact Checker can’t be more precise is concerning. Dodd-Frank, which passed in 2009, has 398 rules of which only 280 have been written. Thus far, the bill has 848 pages, according to a front page article in Investor’s Business Daily, and we are only 70% through the process.

It is perfectly natural for individuals, businesses, unions and others to protect their interests and lobbyists are hired to do so. It is the amounts that are involved, the power they exert and the revolving-door nature of the business that seem wrong.

Ideally, I would like to see money removed from politics. But, also ideally, I would like to see my great-grandchildren married. Neither will happen. How can a democratic republic like ours muzzle one voice, but allow another? Who decides? There is no Solomon. Money seeps into politics the way the smell of a road-killed skunk stays with us in our car. Every time politicians have tried to remove money from politics – surprise, it doesn’t work! The McCain-Feingold Campaign Finance Reform Bill of 2002 gave rise to today’s political action committees (PACs.) Instead of less money and more transparency, we have more money and less transparency.

There are two answers that come to mind – neither wholly satisfactory by any means – to what seems an intractable problem that will only grow in size. The first is to let the sun shine on all donations to any political cause, whether to help finance a run for a seat on one’s local library board or a gift to the nation’s largest PAC. Knowledge as to who is giving what to whom will at least sterilize the money to some extent. Secondly, this represents a compelling reason to consider term limits. The less time members of Congress spend in Washington, the less powerful they are. And the less powerful they are, the less value they are to lobbyists. But, lobbyists, I’m afraid, are forever.

[1] A good friend in London sent me Mark Forsyth’s top 10 lost words, recently published in The Guardian. Among them was snollygosters, which was a 19th Century American word meaning “a dishonest or corrupt politician.” I thought it a fitting description for those laboring in Washington on our behalf today.
The views expressed on AustrianCenter.com are not necessarily those of the Austrian Economics Center.
hayek_admin2019-01-14T06:42:40+01:00