Market Prospects, Montesquieu, and Nirvana: Assessing Expectations in 2014, Part I 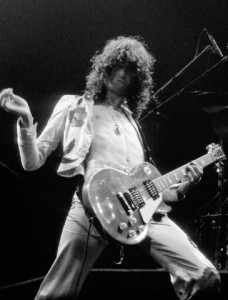 All signs – as initially discussed below – point to a good year for equities in 2014. Of course, we are not deaf to the voices that talk about a stock market bubble, however and as we pointed out before we do not believe that we are dealing with a bubble, at least not now. Here are our arguments regarding the positive outlook for 2014.

Traditional models that focus on pricing trends as well as the CAPE (cyclically adjusted price-earnings ratio) and Q ratios, may be failing to incorporate the new institutional environment that is unfolding, where central banks play a different role than before and where the debt hangover has formulated an atmosphere of financial repression.

The budget deal in Washington D.C. will push a sense that things are working again, even there!

Any stock market consolidation we see in December will simply allow equities to be bought at “more reasonable” levels in January.

All these signs and more to come in forthcoming commentaries point to what we call a Nirvana stage for equities for the time being.

Someone might object that this macro-list above may ignore realities of debt, unfunded liabilities, fiat money, effectively bankrupt nations, and so many other problems the global economy is facing and for which we have commented before. However, and in my humble opinion the institutional reforms that we are experiencing and the additional ones which might be underway resemble the era (1721-1734) when Montesquieu published his Persian Letters and his book on the fall of the Roman Empire (titled Considerations on the Causes of the Greatness of the Romans and their Decline). Those two books announced the age of Enlightenment and since then the world is not the same. With a foresight unlike any other Montesquieu analyzes the forces of devolution which may be inaugurated with the undergoing institutional changes. If the devolution forces are implemented and move forward then we could possibly avoid the brewing crisis.

For the moment we would be reserved to state that the emerging institutional environment plants the seeds among others for three paths that may intersect at some point in the near future, namely: Nirvana; Chimera crisis; and “controllable” inflationary uptick.

Maybe Led Zeppelin said it well in their “Stairway to Heaven” song:

And as we wind on down the road
Our shadows taller than our soul.
There walks a lady we all know
Who shines white light and wants to show
How everything still turns to gold.
And if you listen very hard
The tune will come to you at last.
When all are one and one is all
To be a rock and not to roll

And she’s buying a stairway to heaven.

The views expressed on AustrianCenter.com are not necessarily those of the Austrian Economics Center.
hayek_admin2019-01-14T06:40:39+01:00