“Midterm Elections – A Year and More Out” 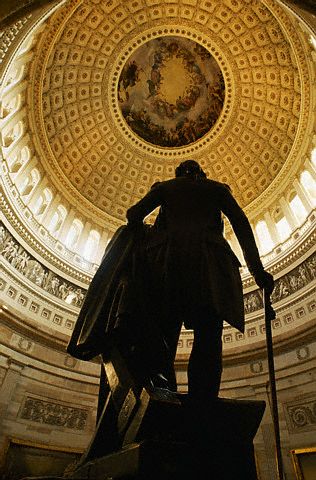 Nate Silver, the statistician and political polling guru, in a not particularly daring prediction, believes that control of the Senate following the 2014 midterm elections is a toss-up. Mr. Silver estimates that it is “unlikely” that Democrats gain control of the House. We will hear endlessly about the varying districts that will be in play on November 4th, 2014 – 35 Senate and all 435 House seats. The composition of those districts will be sliced and diced into the smallest possible voting blocs, to be analyzed ad nauseam by campaign managers and the Press.

Gerrymandering has created many safe seats, especially in the House. On average, over the past eight midterm elections, less than 6% of seats change Party affiliation each cycle. However, it is worth noting that 2010 saw the largest change in the post-War period, when Democrats lost 63 seats, or 14% of House seats. Issues can make a difference.

The current composition of the two chambers is as follows: The Senate currently has 53 Democrats, 45 Republicans and 2 Independents. The House has 234 Republicans and 200 Democrats, with one vacancy – Edward Markey of Massachusetts, who resigned this year to run successfully for John Kerry’s Senate seat.

Of the thirty-five Senate seats to be determined, eight are being vacated by incumbents – six Democrats and two Republicans. (One seat was vacated when Frank Lautenberg of New Jersey died in June of this year.) In the House, thirteen members are not running for re-election, five Democrats and eight Republicans. Of the thirteen, nine are running for Senate seats (three of them, Republicans, in a primary for Saxby Chambliss’ seat in Georgia.) One is running for Governor and three are retiring, including the controversial Michelle Bachman, who I am personally glad to see go. (Of course, these numbers are likely to change, as the election nears.) As a fan of term limits, I wish a lot more from both chambers and both Parties were retiring. Five of the six retiring Democrat Senators served five or more terms – way too long, in my opinion. The sixth, Tim Johnson of South   Dakota, is retiring after his third term. Of the two Republicans, Saxby Chambliss is leaving after two terms and Mike Johanns of Nebraska is leaving after a single term. That’s the way it should be.

Issues will dominate the election. Democrats will do everything possible to ignore the myriad scandals confronting the Administration, but I suspect their efforts will fail. The IRS, Benghazi, Fast & Furious and the Associated Press may disappear from the front pages of the New York Times and the Washington Post, and may be ignored by network news channels. But cable news networks, political blogs, and pundits like me, will keep them alive. These are not “phony” scandals.

Implementation of some of the less savory aspects of the Affordable Care Act have been postponed until after the midterm elections. Nevertheless, a recent IBD/TIPP poll showed that 51% of the people in all age groups would like Obamacare repealed, up from 44% two years ago.  However, reflective of the confusion and mixed opinion on the subject, 45% of voters oppose efforts by conservatives to block funding for Obamacare. Unions, generally staunch supporters of Democrats, have become more skeptical about Obamacare. The offering of attractive healthcare plans had always been one of the selling points union leaders used to encourage union membership. From the perspective of management, employer tax exclusions for health coverage meant it was less costly than offering higher wages. Pre-Obama, healthcare was never a concern for union employees or retirees. Obamacare risks upsetting what had been a symbiotic relationship. Union members may now face the possibility of being forced onto exchanges, or, worse, having their hours-worked reduced to less than thirty per week. Additionally, the excise tax on costly plans, aimed at the wealthy, will hurt those union leaders and members who were provided “Cadillac” plans, which is not an insignificant number.

But scandals and Obamacare are not even the largest or most obstreperous obstacles facing Democrats. It is the economy, and specifically jobs. The unemployment number has declined from just under 10% when Mr. Obama took office to 7.4% today. However, the more important number is the labor participation rate. That number, in July, according to the Bureau of Labor Statistics (BLS), is 63.4%, even lower than a year ago. It was 65.8% in February 2009 shortly after Mr. Obama took office. Those 2.4 percentage points represent about three million workers. As Richard Fisher, president of the Dallas Fed, said at a recent speech in Oregon, “…only 76% of the jobs lost during 2008-2009 have been clawed back.” Mr. Fisher also noted that that number does not include the roughly one million people who are added each year to the working-age population.

It has been the inability of Congress, and the Administration, to address the fiscal needs of the economy. As Mr. Fisher said in the same speech, the Federal Reserve has provided the fuel, but the incentives to use that fuel are the purview of Congress. Banks have an estimated $2 trillion of excess reserves and corporations have an estimated unused $1 trillion on their balance sheets. Putting that money to work depends on the confidence of business people that the veil of uncertainty regarding government spending, taxes and regulation will be lifted. Also, for the first time in about a hundred years the United States has the potential to be energy independent, if government will only allow the animal spirits, inherent to our country, to be unleashed.

It isn’t just ideas and issues that determine who gets elected and who has to stay home. It is also the way in which candidates present themselves and the way in which the Press portrays them. Name recognition, no matter the reason, as we can see in New York’s Mayoral and Comptroller races, is important. Catchy phrases and small slips can make or break a candidate. Just think of Ronald Reagan’s put-down of Jimmy Carter in 1980: “There he goes again,” or Lloyd Bentsen in a Vice-Presidential debate with Dan Quayle in 1992 “Senator, You’re no Jack Kennedy.”

Michael Barone, a thoughtful political columnist and scholar at the American Enterprise Institute, writes: “Nothing is free in politics, but there is some question [as to] when you pay the price.” Congress passed and the President signed a healthcare bill, but the bill passed with no bipartisan consultation and without a single Republican vote. The same could not be said for Social Security in 1935, Medicare in 1965, or the Medicare Part D prescription drug bill in 2003. All three included votes from both Parties, and, in all three cases, the minority Party was consulted. Obamacare was handled singularly. Republicans were not consulted and not one Republican voted for it. In an example of hubris gone wild, Nancy Pelosi arrogantly pushed through the bill telling people it would be understood once it was implemented. How naïve and/or complicit she must have considered the Press and how stupid she must have thought the electorate!

A lot can happen over the next fifteen months, and it is impossible to predict all the good and bad things that might happen, especially to the economy. One last observation: By 2014, Democrats will have held the White House for six years, and the Senate for eight years. Republicans, who the mainstream Press tend to relegate to the dust bin of have-beens, have done a better job controlling the House and State governments – interestingly, offices closer to the people. That should be an advantage, unless one expects the election to be decided in the editorials of the New York Times, a lumbering dinosaur in a Twitter-friendly world. One other disadvantage Democrats have is that their “stars” are aging. Hilary Clinton, the youngest of the group, will be 69 in 2016, only eight months younger than Ronald Reagan was when he was elected in 1980. Joe Biden will be turning 74 later that same month. Republicans, in contrast, seem to have a deeper bench of younger leaders. But we shall see. As Bette Davis said, “Hold onto your seats. It’s going to be a bumpy ride.”

It is my opinion that this upcoming election, like all recent ones, is ultimately about the size of government we the people want. Today, in all forms, government consumes almost 45% of our economy. It is axiomatic that the bigger government gets the slower will be economic growth. Either taxes or debt (or both) will act as a retardant. It is a risk that deserves more discussion. Nate Silver’s prediction seems to be a safe one and may well prove accurate. But it appears to me that Republicans have been dealt a strong hand. It now depends on how well they can play.